“When it’s ready” the BlackBerry PlayBook will get BB10 OS, says RIM.

Rob Orr, RIM’s vice president of product management says, “We’ve said publicly a number of times that our first BB10 handset will be available towards the end of 2012, and that’s still firmly the case. At some point after the launch we’ll bring BB10 to our PlayBooks, yes.”

RIM has apparently managed to turn the fortunes of the poorly-received PlayBook around thanks to fervent downloading of the BlackBerry PlayBook 2.0 OS. The Canadian manufacturer claims that half of all PlayBook users updated their devices day one of the OS release:

“The updates from PlayBook 1 to PlayBook 2: astonishing take up rates in a very short space of time. A big percentage of our users just take it, take, it take it. It’s actually quite different to our smartphone users, who are a little bit tentative to take software updates.”

We’d also be tentative if our mobile phone OS updates delivered little to no difference in terms of software innovations. No other details about the update were given. 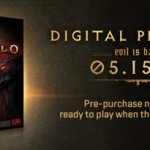