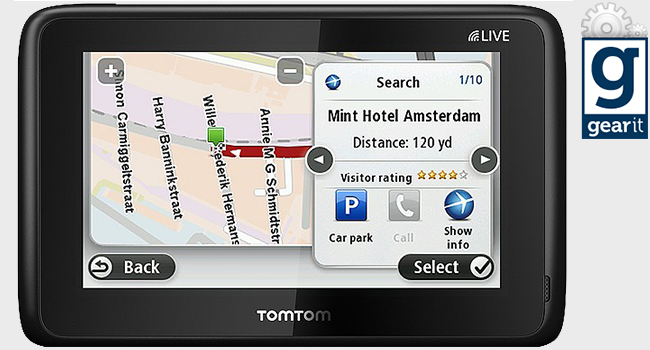 Who needs a GPS when you have a smartphone, right? Wrong. The TomTom Go Live 1005 showed me a different world where you can watch the road and know where you’re going at the same time.

It is an amazing world where dogs don’t have to worry about being run over by distracted motorists following directions on their phones. Where hidden speed cameras are hidden no more.
The TomTom Go Live 1005 opened up a world of new opportunities for me; of time gained; of money saved.

It has a 5-inch screen, and that is just right. Any smaller and it would be hard to see anything. Any bigger and you wouldn’t see that dog that just ran into the road. It does get in the way a bit, as is, though. But given the choice of get lost or dealing with traffic and having the GPS slightly block my vision, it’s a no brainer. It’s a very plain design, the front basically being only a screen. The back is a nice solid metal, with little speaker holes.

The mounting system is quite smart. It has a suction cup for the window, but then it has a twisting knob that secures it to the windscreen. The 1005 clips onto the mount, literally snapping into position thanks to the strong magnet. It was impressive how well it held it there. I was really happy when the British lady in the 1005 piped up while I was following a route to tell me that it found a faster way through the traffic I was just about to endure. ‘Would you like to change routes?’ Yes. Yes, I would thanks. This happened two more times in the space of five minutes. Annoying? Maybe, but I got to my destination a whole lot quicker, and I found a new route to avoid traffic in the future. Plus, when you have music blaring in your ears, and that irritating British woman’s voice throws directions at you, you can still hear her.

The point is: her voice cuts cleanly through the music, but I would definitely suggest having music on, otherwise you want to punch her. So there’s quite an efficient speaker in there, then. What impressed me the most with it’s directions is that when they showed a turn to take, it showed you what the turn off is going to look like (more or less) in real life. It is especially great for when you’re on the highway and a particularly confusing intersection comes up. Very useful.

The speed camera detection was fantastically accurate. It didn’t miss one camera, and showed me quite a few that I hadn’t seen before.

The biggest shortfall? The touch screen. A few times I actually wanted to punch the 1005 because it didn’t register what I was typing, registered the wrong letters or was so slow to register anything that I turned it off.

I’m used to modern touch screens that are accurate and quick, not this 90s-esque slow-witted mumbo jumbo. Once you finally choose what you want and get that address typed in, it was very quick to know what you are talking about. Points for that at least. Visually, the screen is bright and clear. The interface is intuitive and logical. I couldn’t, however, zoom into the map once a route was selected. This isn’t right. I want to be able to see a larger view of the map if necessary, and it just wouldn’t allow it. I don’t know if this was my own ignorance, but whatever I tried didn’t work.

I thought that when I got my first smartphone that I would never need a GPS. My phone had one, so why did I need to spend money on another one? I was misinformed. Having a dedicated GPS is a lovely stress reliever.

There’s no need to fumble around with a mobile phone trying to find your way around a new city. Plus, it’s got speed camera detection, which is accurate and great. At £299.99, it’s not cheap.

But it shows you where the traffic is for heaven’s sake. Isn’t that worth it by itself? 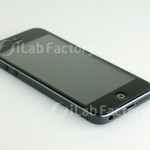