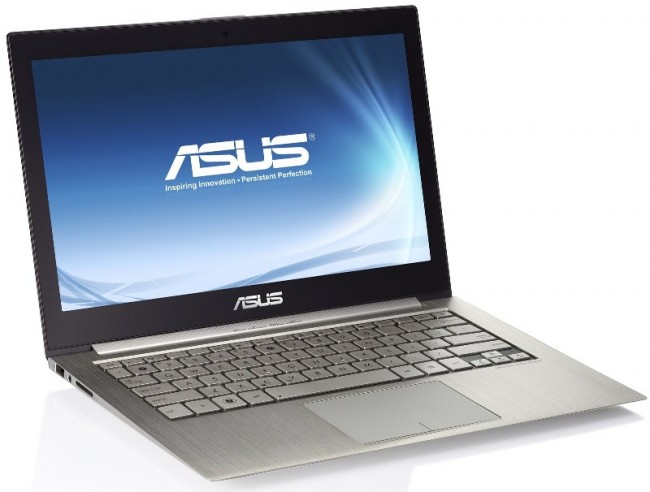 For some time now it’s been pretty obvious who’s been leading the laptop stakes. I don’t want to say it, but let’s just say it’s a company that begins with “A”. Again its caught computer manufacturers around the world with their pants down, consistently innovating with products like the MacBook Air and user interface innovations like multi-touch and Retina Display.

The only premium laptop around has been the Sony Vaio, but even now there is a sense that this brand is falling behind (as a long-term Vaio user, I’m just not excited by the latest releases). So it comes as a relief that I can write positively about a Windows machine. For a while I felt I’d just better shut up and say nothing… there has been very little positive to say.

Declaration: I’m an iPhone and iPad user, but I’m a religious Windows and Laptop PC user. I almost converted to Mac, but Windows 7 changed me. I like the look of Windows 8 too, so I’m holding out.

Enter the Asus Zenbook. It’s a machine that belongs to a new breed of sub-notebook computers called ultrabooks. If you believe the marketing hype: these machines are somewhere in-between a laptop and a tablet. They are sleek, thin and have very little in the way of mechanical parts. They sport nippy solid-state drives, have batteries that last forever, and are quick to switch on and off — something Mac users have taken for granted for a very long time but PC laptop users still fiddle and faff with.

The Zenbook’s unibody case is sleek, metallic and shiny. Its cover almost gives the machine a retro-industrial 50s look. It’s styled, beautiful, feels solid and valuable. It’s the Versace of ultrabooks. You take this puppy out and you are making a statement. I’m tired of plastic. Plastic is something lunch boxes are made of, but a crafted metal case is just beautiful. The ZenBook sports two USBs on either side of it, which is really useful when you need to plug-in a device specifically placed to the left or right of you. It has a mini HDMI too and Bang & Olufsen ICEpower speakers, which for an ultrabook, are the loudest and clearest I’ve ever heard, lacking that thin tinny sound you often hear on notebook speakers. The ultrabook also comes with a quality stylish, padded brown slip cover which is high quality. However, I’m not sure why the manufacturers used a magnetic metal button to fasten it, because with regular use it comes dangerously close to scratching the ultrabook’s brushed metal casing.

I installed both Windows 7 and then later a trial version of Windows 8. My first day however was a typical PC experience. I spent a few days fiddling with the mouse driver, made by Sentelic, and then eventually downloading it a few times to try get the multi-touch functionality to work. This is decidedly unlike an Apple experience where “things just work”. I have some tech knowledge so I managed to get there (non techies would need a techie to help them). The ultrabook also came pre-installed with quite a bit of Asus bloatware, which I made sure I uninstalled — needing all the storage I could get on the typically small ultrabook hard drive. The trackpad multi-touch functionality is not bad. You can do pretty much what you can do on a tablet or the latest Mac OSes: scroll with two fingers, swipe, pinch, including a whole lot of other functions. If we have to compare the ZenBook to the market leader (that “A” company again), I have to say my excitement turned to disappointment.

The multitouch functionality is good, but it’s just not perfect… the scroll motion could be a bit smoother. There is often a lag, it’s quite slow and sometimes does not respond. It also lacks the overscroll “bounce back” user interface innovation, one of the subjects of the Apple-Samsung trial, making you wonder if the screen has frozen or if you are genuinely at the top or bottom of a screen. It just makes for a messy experience. It’s a pass and it works, but here, I’m afraid, Apple is still far superior. I won’t go on about the specs, because you can read it all here. All I’ll say is that if you are used to centralising your photos and storage on your main work computer, you will have to change your behaviour when using an ultrabook. The hard drives are small (128GB/256GB), so users need to adjust to a world of external storage. And this is fine — ultrabooks are not supposed to be heavy-lifting freight computers, just sleek, light, fast, nimble and beautiful.

If you, like me, are someone bought up on Windows and want to stay on Windows, but need a machine that is aesthetically appealing and advanced — then this is for you.

As a long time iPhone and iPad user I’ve considered again and again whether I should do the switch to Mac, I’m just tired of using computers that are behind the curve. It’s a question of taste, but aesthetically the ZenBook is better than the MacBook ranges and better than any laptop, notebook or ultrabook I have seen. On the inside it’s familiar Windows, allowing those familiar to get things done quickly and efficiently… but also with the familiar issues too, which means it’s fiddly.

If you are wondering and if you are teetering, I would give this an “emphatic buy” label, something I rarely do in reviews. But this truly is a beautiful, original solid piece of machinery.

And here’s the unboxing of this beautiful machine 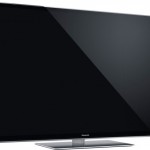