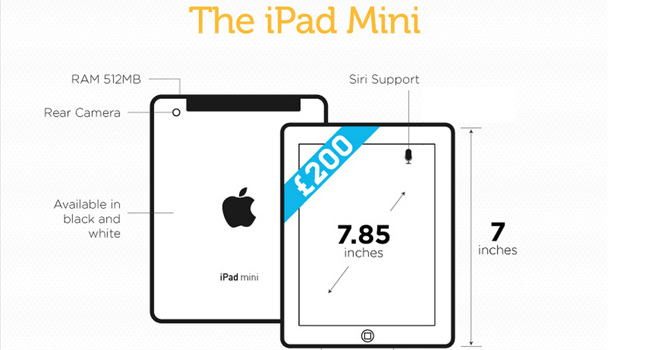 Oh, what? Apple is making an iPad Mini? Really? Who would have guessed… well, you, if you’ve been anywhere near a tech blog in the last eight months.

Ok, so technically Apple isn’t definitely making a seven-inch tablet, but there are so many rumours flying about that it’s starting to look like the day before the iPhone 5 launch. Because of the details which were leaked before the announcement of Apple’s next-gen smartphone, the official event just seemed to largely confirm what we’d been hearing for months before.

The run-up to the upcoming iSomething event on October 23 seems like deja vu. Apple recently sent out the press invites bearing the line “We’ve got a little more to show you” for the launch everyone predicted was coming, which has just given more strength to the rumours.

In case you are having difficulty keeping up with the barrage of information surrounding Apple’s baby tablet, (which, admittedly, does vary from source to source) Gimmitech has created an infographic to help you out. 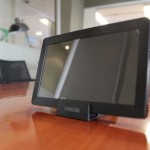