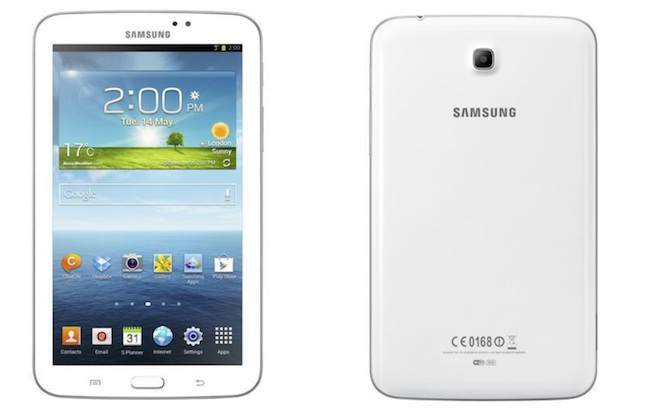 Samsung’s beginning to show its hand here with the announcement of the Galaxy Tab 3, a 7-inch Note 8 lookalike that sheds a few corners and drops the S Pen. So that’s a 7-inch tablet with a 1024×600 (169ppi) display, a 1.2Ghz CPU, 8/16GB internal memory (priced dependent and unknown), a  3-megapixel rear and 1.3-megapixel front  camera, Wi-Fi and 3G support, Android 4.1 and hopefully a mask to cover your shame after you buy this underpowered tablet. One of the only saving graces is the 4000mAh battery, which should provide well over two days of heavy usage. Also, the Tab 3 is only 9.9mm in thickness, so that should appeal to those who need to squeeze it into some tight briefcases. Those looking to purchase the Tab 3 can snatch the WiFi one in May, with the 3G one following shortly afterwards in June. This is a global launch of a tablet that will most likely be priced at under US$200. The Tab 3 is woefully underpowered for a tablet and it would practically be a crime if it was priced over US$200. What exactly is Samsung’s issue though, and why is it releasing one identical tablet after another.

The Tab 3, from the looks and specs alone, is clearly meant to compete with the Nexus 7 which despite its age is still the better, faster tablet. Why would Samsung even bother with an admittedly weaker tablet which is already outdated? Samsung itself has so many tablets, phablets and smartphones that it’s impossible to see how the Tab 3 will even make a dent in the market.

There’s the Tab 10.1/8.9/7.0, the Note 1/2/8, the Tab 7.0/10.1, the Ativ range, the Nexus 10. Just stop, it’s enough. Samsung has saturated it’s own offering until there is nothing left but the smoking husk of the consumer. The Tab 3 is then, just another underpowered device that will hit the market and vanish amongst the thousands of better, cheaper tablets currently available. Unless it’s US$150, which it won’t be. 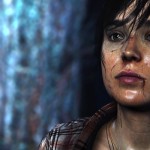