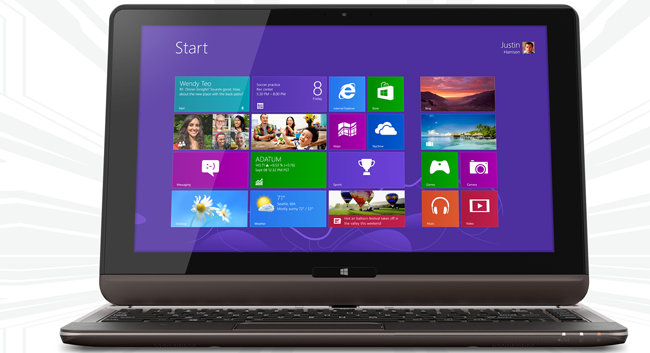 The Satellite U920t is an Ultrabook that was released by Toshiba earlier this year. Currently, it is the only product in its laptop/tablet combo range that boasts Windows 8 Pro. It is admittedly a good and reasonably affordable device (R10 999) but its user friendliness and practicality is a problem.

The Satellite U920t looks and feels great. It’s a sturdy and attractive piece of hardware. In tablet mode, you work on a five point touch-screen system. This basically means that the tablet screen can read up to five contact points simultaneously. This might be a minor set-back when compared to most other Windows 8 Ultrabooks, which feature ten point touch systems.

I found the touch screen to be very responsive and easy to use, especially if you are already familiar with touch screens and how to zoom, scroll etc. Although it is a reasonably large Ultrabook (16:9 / 12.5-inches), it is moderately light for its size at about 1.48kg. On the left side of the device you find a power button, volume control, orientation lock and USB 3.0 port. On the other you will see a Headphone/Microphone jack and a memory media slot. The topside has another USB 3.0 port and HDMI port. When fully charged, depending on your usage, it has a battery life of about four hours. The next mode you can enter is photography mode. This is done by sliding the tablet screen so that only the track pad area is revealed. This allows the camera hidden behind the tablet screen to be exposed. The photography aspect is one I like and it is necessary to compete with anything in the market these days. That said, I find it to be a very awkward device for taking pictures with. The weight and lack of sturdy grasping place makes it hard to properly control, especially if you’re the photography type that is obsessed with crisp and sharp photos. Besides the best camera it holds is a mere 3.0MP.

That’s barely better than a Blackberry Curve 8520. Also, the LCD screen resolution isn’t full HD (1920 x 1080) as most of its rivals are but a much lower 1366 x 768, probably a corner cut by Toshiba to make it more affordable. Being an LCD screen you will have some problems viewing it in bright light and, over time, its overall brightness will deteriorate, an unfortunate trait of LCD screens.

Finally you enter laptop mode by sliding the screen all the way to the end (this can be a nuisance when working in a cramped space) and then tilting it forward to the desired angle. Thanks to the stiff hinges of the screen, you can be assured the desired angle is kept and not accidentally adjusted when, for example, you’re moving the device around. If you’re a regular laptop user though, it will take some time to adjust to the forward tilting screen. The keyboard’s keys are brightly backlit, perfect for low-lit situations, and are quite responsive. They are reasonably spaced which is good when you’re planning on some hardcore typing. The keys are a bit shallow but it doesn’t take much getting used to.

When it comes to performance, this Toshiba neither dazzles nor disappoints. It’s just plain average. It has an Intel Core i5-3337U CPU with 4GB of RAM and an Intel HD 4000 graphics card, which is decent but in no way spectacular. You will be able to run most games but never on its highest quality. As for editing software (Adobe Photoshop, Premiere Pro) I wouldn’t expect much.

The Toshiba Satellite U920t has a Windows 8 Pro 64-bit operating system. If you’re not familiar with it I must warn you it will take some time getting used to, particularly if you’re not that tech savvy. I, personally, hate it and I am not alone in thinking so. You’ve heard of the infamous Windows Vista? An analytic agency, Net Applications, compiled a research report based on information gathered from over 40 000 internet sites. I’m not going to go into much detail but basically it found that the new Windows 8 is even less popular than the dreaded Windows Vista. I think this says a lot. Even if you’re an avid Windows user you will have some difficulty working on Windows 8. For starters, there isn’t even a start button on the task bar. That’s to say that you’ve found your way to the desktop.

When you start-up this operating system you aren’t met with the desktop but with a start-up screen. Here you will be faced with quite a big range of apps, most of them needing internet connection to even open. The desktop is reached from this menu. When you’ve finally made it, you will eventually realise that the desktop is not much more than a static picture. There is no start button, a feature that we’ve used to navigate Windows since 1995. Next you will probably try to find the My Computer icon. You can stop searching, it’s not there. On the taskbar you will at least see the recognisable file explorer icon. After opening the file explorer, things will start to look familiar. But that is about as familiar as it will get. The best way to navigate through Windows 8 on this device is by using the “Search” option located in the right hand side pop-out menu.

The U920t can only connect to the internet via Wi-Fi. I found no problems using the Wi-Fi and it had good signal strength at a reasonable distance, even through obstacles like walls and closed doors. To get the most out of this device internet is certainly required. As I mentioned earlier, most of the apps need internet connection to function. Since we are talking about apps, somewhere in your exploration of the labyrinth that is Windows 8, you will probably try to close an app. Good luck. This is because of Windows 8’s, apparently, innovative app system. Apps don’t close at all. Priority of system resources is given to the app you are currently working on. That means that if all these apps are opened, even though priority is given, a small amount of resources will still be wasted on unused apps. One has to enter the task manager and end the process before it closes. Innovative my ass.

The one app I would like to talk about is the Bing travel app, one which makes this device a lot more appealing (but in no way unique). If you’re a keen traveler this app will become your best friend. It has extensive and useful information on every major travel destination in the world. It provides you with the destination’s currency type (incl. current exchange rate); the weather, maps, flight schedules, photographs, panoramas, main attractions, popular hotels, restaurants and tons of extra related information. For me, this is the most appealing aspect of the Toshiba Satellite U920t, but an app found on any Windows 8 device. When travelling you will probably be flying a lot so it is important to note that this gadget has an Airplane Mode, which is compulsory when operating an electronic device on board an aircraft.

Verdict: All in all the Toshiba Satellite U920t is, at most, average. In a highly competitive Ultrabook market I don’t think it stands a chance against its competitors, except maybe in pricing. But at R10,999 it will still leave a sizable gap in your wallet. In other words, what you don’t pay in money you will pay in disappointment. This device is an amalgam of cut corners and overly bold claims. 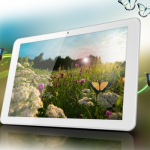