Workshop17, a local workspace solutions provider and proudly South African startup has secured the position of a finalist in the Global Startup Awards category for… 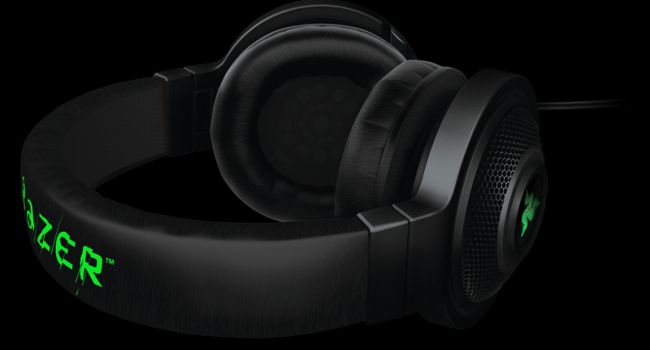 Razer’s does a bang-up job in terms of speakers and headphones. We’ve recently reviewed the Hammerhead and it was an incredible experience.

The Kraken 7.1 usb-powered headset is just as good, except for the fact that it made my ears hurt. Headphones are just too snug on me, but I’ll let it pass because of the excellent surround sound. The Kraken (I love the name) is priced at R1179 (US$99) and is worth the investment. While you may think that dropping a dime on a headset is a bad idea, the instant you slip these puppies onto your hearing flaps you’ll think, “Damn, money well spent.” Now, it’s not real surround sound, it’s virtual.

You know that feeling of slipping into your favourite pair of pajamas after the end of a torturous work day? That’s how the Kraken initially feels, but after an hour of use my ears were stinging. I think it’s my genetic makeup though, as others who tested the Kraken out enjoyed comfy sounds all day. So, if you’re not me, there’s a good chance that the Kraken will feel comfortable and snug on your head. Kraken’s has a very comfortable headstrap that extends on both sides to suit any skull. My one wish is that it was a cordless device, as the 2-metre gold-plated USB cable does get in the way on my laptop, and during a few heavy gaming sessions, I pulled out the cord in anger more than twice. Kraken’s very light though (340g), and fold in on both ear cups, so this sucker is very easy to pack away.

It’s almost like a bonus, because I barely noticed it before I used it. Kraken comes with a digital microphone and it makes an enormous difference to the sound quality. I used Kraken for Skype calls and my friends said that my voice was crystal clear. I swapped to another headset and again, my Skype contact noted how flat my voice had become. If you visit Kraken’s website, you’ll see that there’s two audio samples for both the mic and headset. I suggest listening to them both. The Kraken really makes that much of a difference. It’s as if both the mic and sound have been custom-designed to inject audio into your very brain.

It’s the sound that impresses the most, it is a set of nicely-named headphones after all. The engine that drives the headphones offers “true to life” positional audio and low-latency audio processing which means nothing of the Kraken sounded poor. Luckily, it sounds fantastic. It’s crisp, clear and excellent for games and music alike. Be careful if you have loads of notifications though, as the Kraken tends to amp up all sounds, and receiving a new mail notification during a game sounds like a triangle being rung directly inside your skull. The sounds too effective then, for simple notifications. In a game, it’s a whole new story. 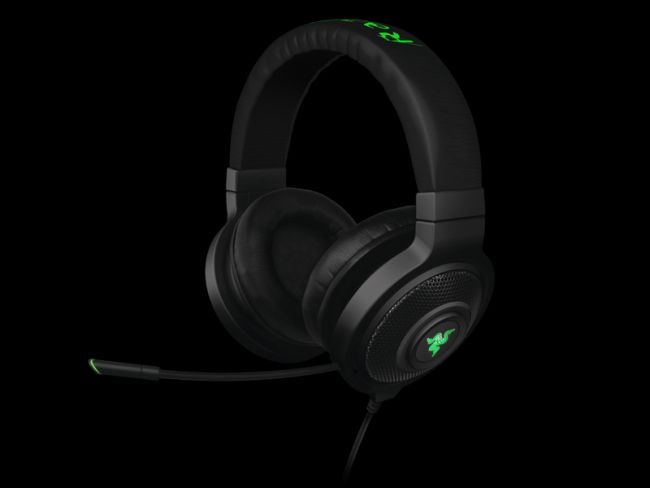 I tested the Kraken on a few titles that would run on my aging laptop. Super Meat Boy, The Walking Dead, Crysis 2 (god knows how that ran) and Shadowrun all sounded dreamy, as if there really was a 7.1 surround system lodged inside my ear canals. What the Kraken is great for, is picking up low-level frequency sounds, revealing hidden depths to almost every game you’ve ever played. It irritates me then, that most gamers will never get to hear their games played how they should be. A game is an immersive experience and great sound can take you there, to that magical plane of Nirvana called “auditory bliss”. In the Walking Dead for instance, Walkers (zombies) sounded as if they were right behind me, and because of the close proximity of the headphones, the effect was magnified to a level of realism I’ve rarely felt before. Music hits all the high notes. There’s nothing like hearing a song and appreciating it for every carefully crafted note. Listen to Flying Lotus (the Los Angeles Radiohead) with the Kraken and you’ll feel the beat run up inside your flesh.

There’s no volume button on the Kraken. While it may seem like a minor gripe, it can be a major hassle, especially for poor Windows users who don’t have access to an external volume control slider. My laptop for instance, doesn’t have a volume button so I have to adjust the sound via software. It’s very fiddly, for me. Take this into consideration before you buy it. Also, it’s a corded product which means a faster transmission of audio data and money saving (batteries), but there’s not freedom of movement. Sure, the cord is long enough, but you’ll be tethered to a PC. The Kraken is then for the serious gamer, but equally serious wireless options exist from Razer as well, such as the Chimera, which I adore.

Verdict: The Kraken is an amazing, corded 7.1 headset that never runs out of batteries or fails to produce decent sound. While there is a downloadable Razer calibration device, you’ll never require it as the Kraken works and sounds perfectly, right out of the box. It’s priced as a premium headset, but for R1179 your ears will thank you for spending the cash. 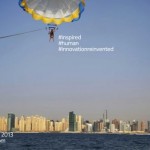