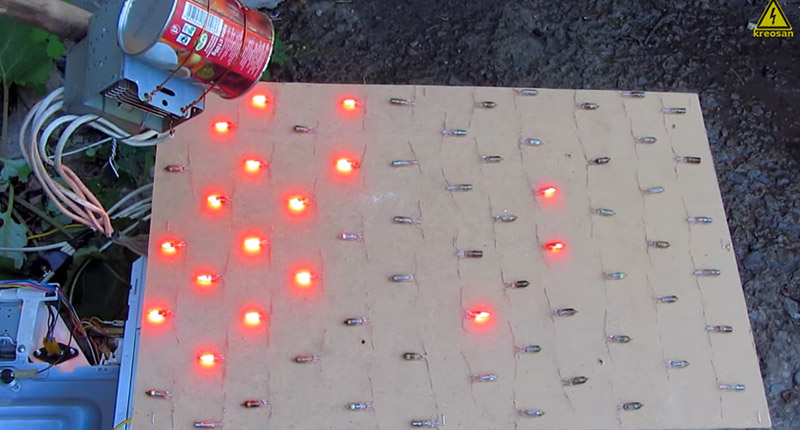 If you’re willing to spend some time traveling the depths of YouTube, you’re bound to discover plenty of individuals engaged in activities both reckless and absurd. Take for example this irresponsible young Russian who is too curious for his own good. Although he appears to have a science and engineering background, it is quite possible that he is just a pyromaniac with better toys than the standard issue Zippo and matches. In the video, we see that he has hacked into a microwave and assembled it’s heating element to the end of a staff with a soup can used as a focal point for the radio waves.

Since we cannot translate the Russian, we can only guess at his intentions. However, judging by his Youtube page, it appears that he and his friend are science enthusiasts with a flagrant disregard for safety.

The whole thing seems rather innocent at first, but a few minutes into the video and the danger they put themselves in quickly becomes obvious. Though non-ionizing microwaves do not have the ability to alter your DNA, like the radiation found in X-Rays or in nuclear power plants, they do have the power to burn human tissue, with the eyes being particularly susceptible.

Some things go without saying, but just in case, DO NOT TRY THIS AT HOME.

Poet, tech writer, and utopian dreamer, Brad Bailey is co-founder of Tech Gen Mag. Mostly a self-taught writer, he attended Saddleback College in Mission Viejo, CA where he studied music theory and philosophy. Born into the Nintendo generation, Brad is a fan of video games, computers and hopes to someday attend an Apple keynote. He is also a podcasting enthusiast with a flair for gadget reviews. 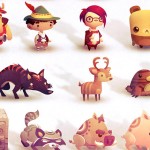