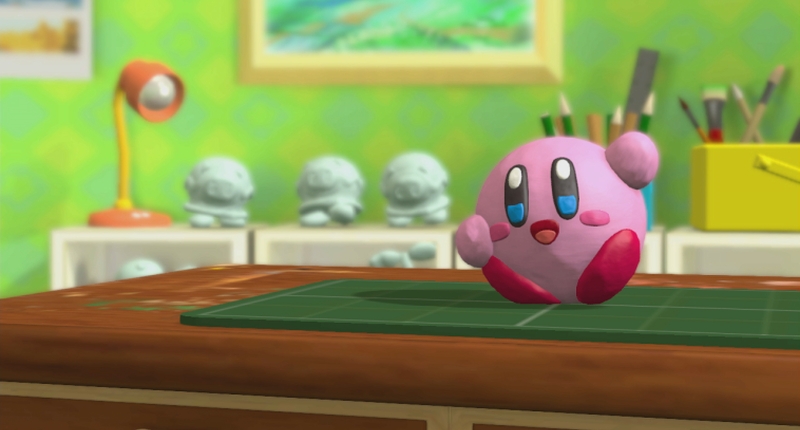 The Nintendo Wii U is a strange, strange machine that I still haven’t really gotten to grips with yet. But for all its faff and fumble, it does have a few dynamite games. And by dynamite I mean small packages exploding into hugely expansive, absorbing and entertaining romps through the realms of Nintendoland.

Although Nintendo has a habit of rehashing old titles, making a living off its legacy characters, it does produce a few beautiful gems once in a while. With that said, it’s safe to say that Kirby and the Rainbow Paintbrush is one of those memorable few.

Look, a Kirby game is a Kirby game in the same way that a Mario game is a Mario game — more of the same candy presented in a different wrapper — but it’s interesting how Nintendo reinvents games time after time based on the game selfsame DNA running through its flagship series. In this case, the wrapper needs a special mention. 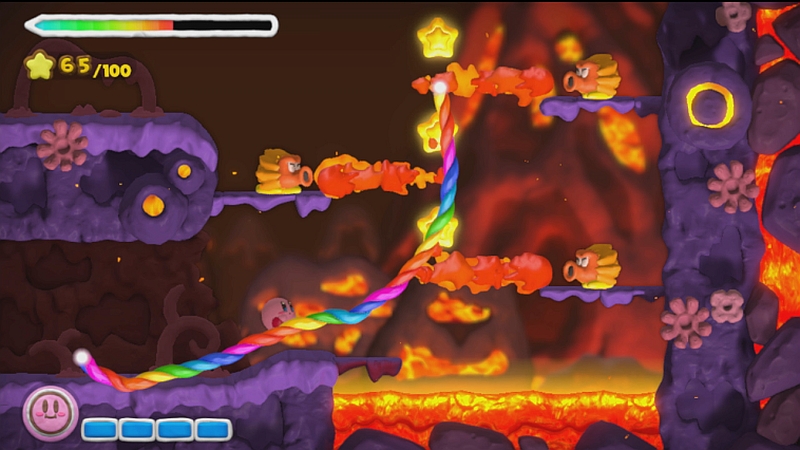 If you love characters like Wallace and Grommit or movies like Coraline (perhaps a little less sinister though), you’ll appreciate Kirby‘s gorgeous animation style. It’s practically all claymation with a beautiful stroke of digital life given to Kirby and the games NPCs. Being it a platformer as well, it also exudes a lot of that old-gaming world charm without it completely dampening the experience. For one, it’s definitely the prettiest game I’ve ever seen on Nintendo’s misfit console and, dare I say, it’s possibly prettier than The Witcher 3: Wild Hunt. 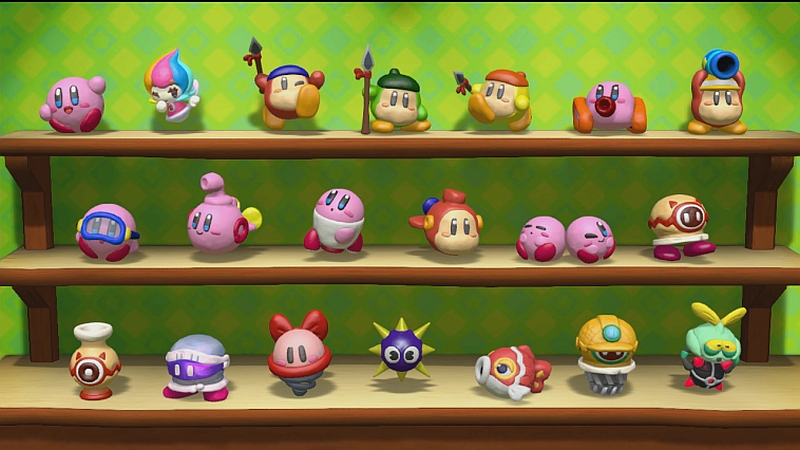 You obviously play as Kirby, that two-eyed pink ball happily frolicking through the world of shades and hues known within the game as Dream Land. When you least expect it (about five minutes into the opening sequence, that is) a colour-thieving bandit known as Claycia drains all the life from the world, freezing it. Yes, a corny premise indeed, but it’s your task as Kirby to restore the multicoloured world to its former glory. Because, you know, colour is pretty.

This rather open premise essentially allows the designers to focus primarily on the sumptuous environments, but this game isn’t just a thin lick of paint with no substance. The gameplay, albeit a bit tiresome at length and one-dimensional at times, is fairly entertaining on a rainy day.

Controlling Kirby involves a number of things — just kidding. This is a Wii U title, so all you need is the Wii U GamePad and the stylus that it comes bundled alongside. There’s no fiddling with any joysticks or paddles in this game. 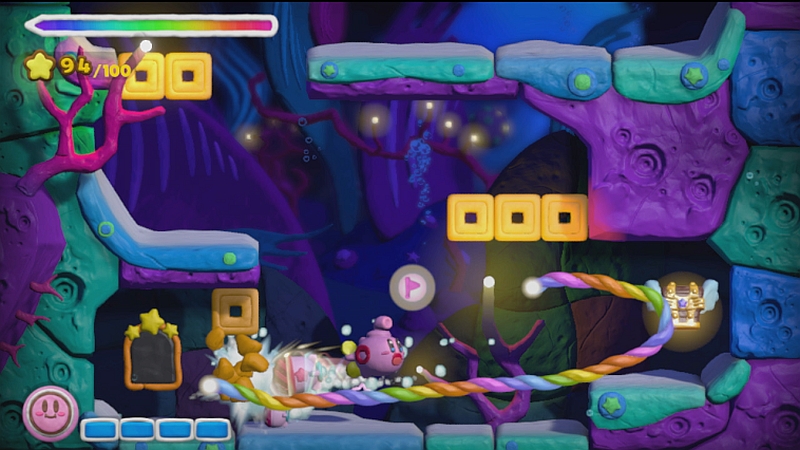 You play the role as both gamer and artist in this title, as drawing rainbow-threaded lines on which Kirby can roll, spin and climb upon is essentially all the moment mechanics you get. It does smell a lot like the Sonic games of yore especially since Kirby can use special spin-based attacks, and that in itself is engaging, but practically all commands dished out involves the touch screen on the GamePad.

Unfortunately this means that your face will be buried predominantly in the GamePad itself and not on the screen, or where the real magic of this game can be felt.

But the GamePad touchscreen control system is a blessing and a curse. For one, it means that anyone can control Kirby, and there is a certain degree of skill and planning involved to keep just enough rainbow thread in stock before your pink friend plunges to his splattered death. You also, quite literally, have to thread the eye of the needle with Kirby, as guiding him through doors in each level progresses the story. But this isn’t what I’d deem riveting entertainment either. 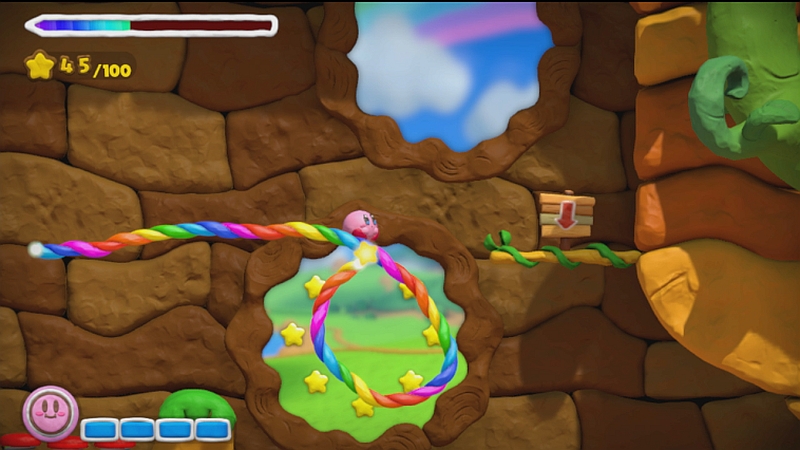 Still, occassionally Kirby transforms into strange modes of transport, from a submarine to a rocket which shocked me at first but turned into ludicrous fun. Additionally, if you don’t really fancy playing alone (after all, the Wii U is a social console), the game allows for up to three players (known as Waddle Dees) to join in. These players do get access to the Wii U’s alternative controller methods.

Often though, Nintendo Wii U owners don’t have all these additional accessories, so single play is really the only way to go (in my case, at least).

With that said, I did find myself drifting through the worlds hellbent on collecting every single collectable and murdering every minion at Claycia’s disposal. You know, for fun. But savage violence and empire building isn’t quite what Kirby titles are about. There are other modes as well, that include racing against time to collect all the goodies, stars and hidden chests, which was definitely fun but can’t be tasked with carrying an entire title on its back. Still, it was entertaining nonetheless. 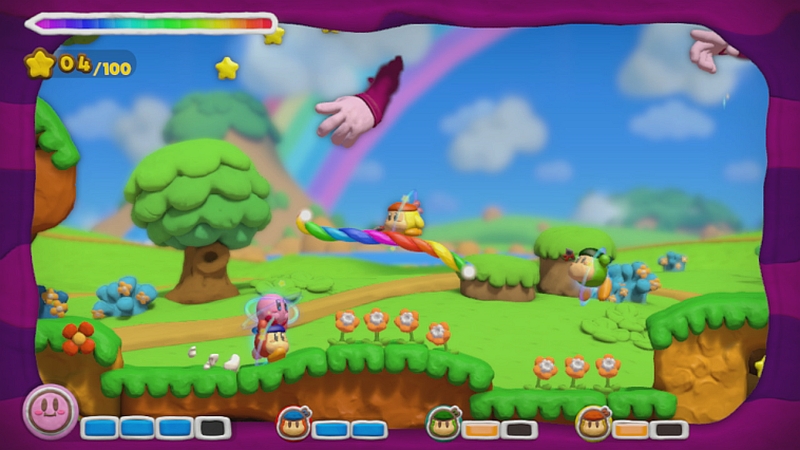 For one, Kirby and the Rainbow Paintbrush is a defiant statement to all those in the gaming world who said that Wii U games can’t cut it graphically when compared to its PlayStation 4 and Xbox One counterparts. Sure, the console might be hurtling towards its end-of-life faster than the other two, but there’s some life left in the old bird just yet.

And in terms of Wii U games I’ve played this year, I haven’t really found a more eye-friendly title available. Based on the sheer design know-how exhibited in Kirby and the Rainbow Paintbrush, this game deserves a round of applause. But is drawing a number of squiggles on a touchscreen really engaging after three hours?

Verdict: Kirby and the Rainbow Paintbrush has definitely made a Kirby fan of me again. I mean, how can you not love that little Jigglypuff doppleganger? But while this game clearly shows what’s really possible when game design is considered and measured and thrown outside the box, it also demonstrates why the Wii U isn’t exactly appealing to more ardent gamers. If you fancy getting Kirby and the Rainbow Paintbrush for your kids, I’m sure they’ll love you forever. 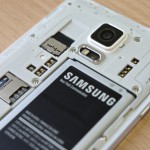