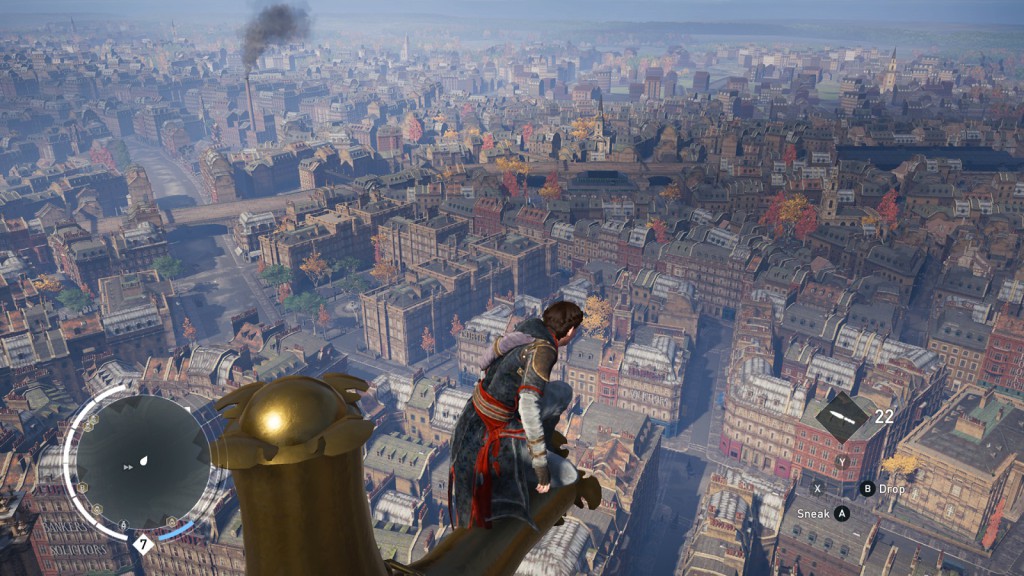 The Assassin’s Creed series has been running for a good nine years, so by now, Ubisoft should be crafting near perfect games. Unfortunately, Assassin’s Creed Syndicate proves that this isn’t quite the case, and that newer isn’t always better.

It’s been over four months since the title’s launch and I’ve yet to fully review this latest ‘core’ entry in the Assassin’s Creed franchise. I’ve tried to push through it, but it’s simply not an enjoyable or fun enough game. Sure, it has its moments, but those deter from what the game is trying to achieve. Syndicate starts showing one of its major flaws from the get go: lazy writing. After the hand-holding intro, twin protagonists Evie and Jacob Frye discuss their decision to take out Templars in London. Jacob also declares he’ll start a gang, which comes out of nowhere. This feels shoehorned into the script in order to justify a new game mechanic.

There are also awkward conversations between characters and the presentation of real-life historical figures, such as Alexander Graham Bell. These little nods, winks, and bits aren’t so much a tap to the nose, but rather smashing the appendage with a hammer. The Assassin’s Creed games have long included famous figures, but their incorporation feels like just another shoehorn. Syndicate‘s story just isn’t as absorbing as it should be. It follows the standard “you’re an assassin and you have to kill the Templars because old aliens said so, and something about world domination.” It’s pretty much as cookie-cutter as a James Patterson novel, but we’re supposed to lap it up like a saucer of milk. It’s more like cottage cheese, though. This (in)digestion made it difficult to tackle storyline missions. I managed quite a few, but they’re bland and are pretty much the same rehashes we played in Assassin’s Creed Unity.

The reality is that no matter what you do in Syndicate, it’s not going to change the overall narrative of the franchise

The reality is that no matter what you do in Syndicate, it’s not going to change the overall narrative of the franchise. Whether you win or lose in Syndicate, or Black Flag, or Unity, there will still be Templars controlling the world. The lack of an end-game for the Assassin’s Creed franchise is somewhat disheartening. There really are so many times players can acquire pieces of Eden or highjack Abstergo hardware. What have I been doing all of this time instead of playing through the storyline missions? Apart from hijacking carriages, tackling thieves, and liberating child workers, and trying to max out the stats of my gang and characters; nothing much. None of these mechanics aid storytelling, which leads to a disconnect between what you’re playing and what you should be experiencing.

The world itself is also numb in almost every response. I’ve retaken a large portion of London and none of the story antagonists seem to not give much of a shit. Hell, I could probably commit regicide and no one would really bat an eyelid. I have hulking goons strutting themselves in London’s muck, while my personal train travels all over London like a cheap carnival ride. Does anyone care? No, not really. Visually, at least, Syndicate is a stunning video game. The city, the weather effects, the minor graphical details, and everything about it is just a sight to behold. I’d often stroll around the city taking in the different boroughs of the capital. Unfortunately, Ubisoft hasn’t really upgraded the engine for NPCs and some look like mashed potato.

Along with the ever-improving graphics, Ubisoft has employed some top notch voice artists. The sounds of the city, NPCs, and music are a delight, even if some of them scream in terror for no real reason. Speaking of NPCs, Ubisoft also needs to upgrade its AI. The series is aging at a rapid rate, but even so, it’s a game built in 2015. Characters shouldn’t walk around as if they’ve just left an Amsterdam coffee shop (unless they actually have). Gang members will get stuck in walls, other NPCs are easily confused by furniture, and the battles can be cumbersome as your gang isn’t sure of what life is even.

Verdict: The key question is this: Should you pick up Assassin’s Creed Syndicate? It’s a decent game and should be enjoyable for most newcomers to the series but veterans, or anyone who has played Unity, will see the aging gameplay, unintelligent AI, and bland story missions all to clearly. 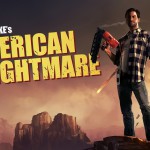