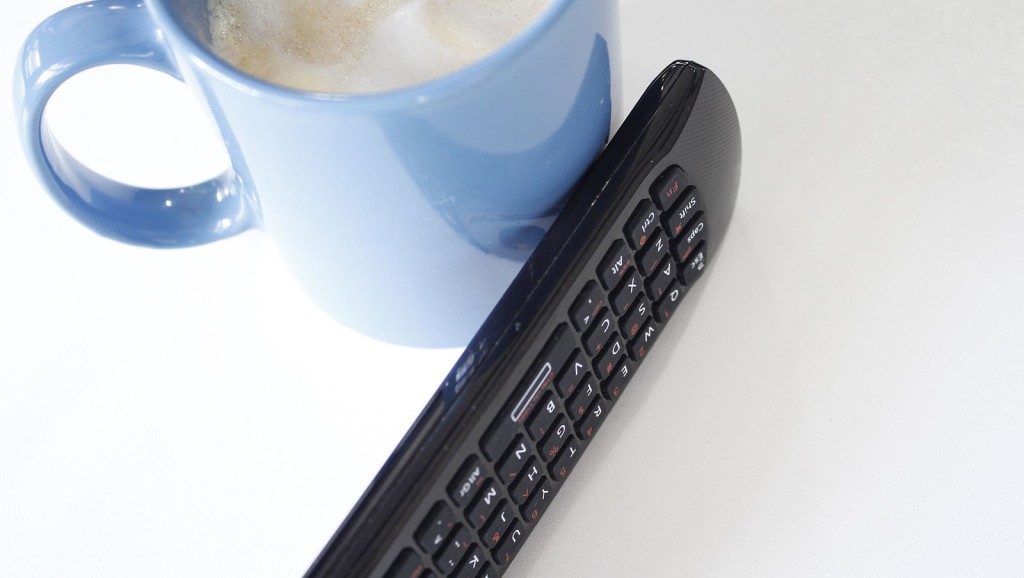 Air mice: I love that term. Somehow I can’t resist picturing little rodents flying across the night sky whenever I hear it, but thankfully, the critter in question is more interested in sitting on your coffee table.

If you’ve ever owned a media player, one of those smart televisions or an Apple TV, you’ll know what I’m talking about. These gadgets are effectively remotes, but allow its user to guide a cursor across a screen simply by waving it like Harry’s wand. It’s especially useful for large televisions, or those who aren’t interested in a media keyboard with touch pad. But to be frank, I generally hate them, because they’re always more skittish than they need to be.

Recently, we received a Rii i25 Mini to review, an air mouse that features a number of buttons and a full keyboard at its rear. But is it worthy of losing itself among the cushions of my couch?

The only way to find out was, obviously, to whip out that media player and pop it in. I still have a Cloudgate that I use as a smart portal, accessing YouTube, Crossy Road and the TED app from its Android interface on my TV. It generally works well with a keyboard and mouse, but I tossed those aside, plugged the Rii‘s tiny receiver into a free USB port, and flicked the Rii remote’s slider into the on position. Picking it up for the first time, the textured plastic body should guard against slippage or sweaty summer hands. The buttons aren’t anything special really, but there’s a large D-pad in the middle of the device used for navigation and selection.

There’s a left-click button (below this), page up/down (to the left) and volume up/down (to the right), with an enter button just below the left-click. It’s a slightly strange layout, but it’s easy to get used to. Below this arrangement, there’s a back button, and a number of media keys, with search and home buttons included in the bottom right hand corner.

Flip the remote over, and the keyboard looms from edge to edge bar a small space on either end for hand rests. There’s only one Shift button on the left hand side, while backspace is extremely small and marked “back” with directional buttons further below. Again, it’s a strange layout, but nothing that can’t be learnt after a few uses.

And how is using the remote? Well, for starters, it’s skittish as expected. On a 40-inch 1080p monitor, a tiny flick of the wrist can send the cursor across the screen within milliseconds. It’s better than a tardy response, but it is almost too aggressive for some. There’s no real way to know which key your fingers are over when, but the buttons are not conducive to touch-typing anyway.

We’re also missing a backlight, so typing in the dark is near impossible.

Again, Android isn’t the easiest OS to navigate using a mouse, but it was definitely more pleasant than a mouse alone or keyboard alone. The range was good too. About two metres from the screen itself, the Rii responded adequately and never lost wireless contact, bar a few sleep issues. It had a nasty habit of switching to a standby mode when not in use for a while which does benefit battery life, but means that it has to be restarted.

Overall, the battery lasted for around eight hours of continuous use between charges, which isn’t too bad (depending on how much Netflix you consume a day).

But the real issue with the Rii i25 Mini is its price. It’s close to R500, which is about the price of Microsoft’s entry level media keyboard, which includes a touch pad as well. But calling the Rii i25 Mini expensive while comparing it to media keyboards does totally disregard one of its primary advantages: it’s size. There are other Rii remotes that are cheaper, but we can’t compare their relative performance.

It’s innocuous and unobtrusive on a table, and look like every other inconspicuous remote on show with the functionality of a keyboard and mouse. And that’s really what you want when navigating a media player. Of course, depending on what platforms you happen to run, there are other options, but for those looking for an immediate and setup-free solution, Rii go this one spot on.

Verdict: The Rii i25 Mini’s small enough to be unnoticeable but large enough to be conformable to use, and although I’d love a sturdier build, it’ll do as an every day media remote. Don’t expect anything beyond that though. 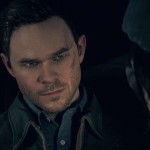