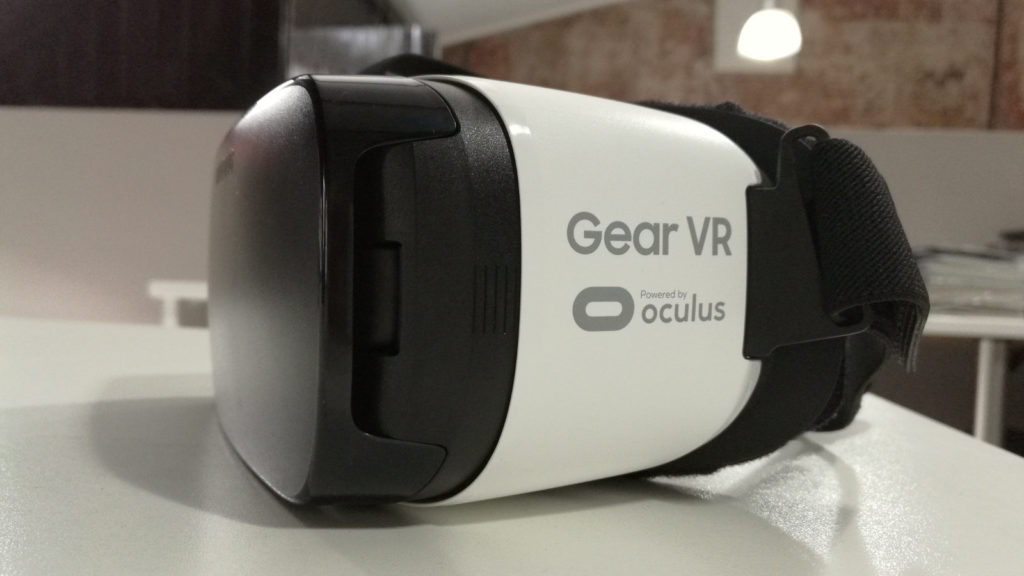 Virtual reality has been around for ages, but the current wave of VR is nothing like the efforts of years gone by. Instead, we have elaborate graphics, sharp displays and proper head-tracking in place, nothing like the Virtual Boy of yore.

And you don’t need to spend US$600 on an Oculus Rift or US$800 for the HTC Vive to get a taste either, because there are cheaper experiences around, such as the Samsung Gear VR.

Featuring a R1500-R2000 price tag depending on the retailer, the Gear VR manages to occupy a pleasant price/performance middle-ground in theory. It’s not as expensive or quite as capable as the aforementioned headsets, but it’s not as cheap and flimsy as Google’s Cardboard effort.

After unboxing the Samsung Gear VR, I’m left with a rather favourable first impression of the headset itself, being made out of light plastic. So if you’re worried about it weighing down on your face, most people should get by just fine.

As for other hardware features, you’ve got some foam padding on the inside to protect your face as well as a proximity sensor. Look on the right-hand side and you’ll find a touch-sensitive trackpad, a volume rocker and a back button. Check out the top and you’ll find a focus wheel, while the bottom plays host to a microUSB port for charging your phone while still wearing the headset. At the front of the Samsung Gear VR, you’ll find a removable cover — this is where you plop your phone in of course. But more on that in a bit. It all makes for a pleasant, relatively portable and durable design, making for a fair compromise between the more elaborate headsets and the cheap Google Cardboard devices.

As for items in the box, you’ll find the headset, two sets of straps for your head and the instruction manuals.

Before you buy it, you should know that the Gear VR requires a supported Samsung smartphone to function, so the price tag isn’t quite as cheap if you don’t have a Samsung device.

Still, supported phones include the Samsung Galaxy S6, S6 Edge, Note 5, S6 Edge+ and the latest Samsung Galaxy S7 devices, while there are also murmurings that the new A-series supports it too. A pretty decent list of phones then, but third-party phones would’ve been lovely. Imagine using the 4K-capable Sony Xperia Z5 Premium with the Gear VR.

Anyway, pop the cover off and you’ll find a clip on either side of the headset, used to keep your phone in place. Simply lift the one clip up and slide your phone into the integrated charging port, then put that clip down and slide the opposite clip over the phone to lock it in place. It makes for a rather snug fit and I never had to worry about the device popping out, even without putting the front cover back on.

Interestingly enough, if your phone is roughly the size of a Samsung Galaxy S6 or a Note 5 (and has a centre-lined microUSB port), it stands a fair chance of fitting in the Gear VR. And while you can’t use the Oculus Store, Google Cardboard works well enough.

Much to see and do?

Upon sliding your phone into the Gear VR, you’ll be taken to the Oculus Store (or you’ll automatically initiate the Oculus downloads), making for a double-edged sword, I feel.

On the one hand, automatically booting up the Oculus Store makes for a seamless, worry-free experience (no need to manually activate the apps), but on the other, it definitely feels like an attempt to shut third parties (i.e. Google) out of the experience. You can’t exit the Oculus suite without taking your phone out of the Gear VR. In fact, solutions have been created to disable the automatic Oculus tomfoolery, in the form of Package Disabler.

It must be said that there are few reasons why you’d want to avoid the Oculus Store though, as it has a variety of VR services at your disposal. There are the 3D Photos and 3D Videos apps for starters. Then there’s the app store… The store isn’t overflowing just yet, but there’s enough material here that you’ll find something worth experiencing. It took me about 15 to 20 minutes to scroll through all the pages, stopping every now and again to enter the app page to read the description. So a good amount of content, but give it a few weeks and you’re likely to see all the big hitters the store has to offer.

There are the seemingly practical entries (Samsung Internet Browser, a Media Player), there are the experiences (Ocean Rift, Cirque du Soleil, Titans of Space) and then there are the games (Land’s End, Dreadhalls).

It’s worth noting that when it comes to the great games and several experiences, you’ll often need to splash out for them. There are good free options out there and the library will only grow, but if you want to play EVE: GunJack, you know what to do.

The entries in the store aren’t all a must though, such as the Samsung Internet Browser. It works well enough, with the voice commands being a novel way to navigate, but aside from 360-degree videos on YouTube and the like, you’re better off using a browser in a more traditional way. Then there are some games, like Smash Hit and several space shooters, which are fun diversions and do a good job of demonstrating VR, but don’t offer much more beyond that.

Now, if someone could whip up a solution for streaming from your PC to the Gear VR…

Getting some eyes-on time

The Gear VR makes for a very immersive experience, I found, as the Samsung Galaxy S7 Edge review unit handled visuals without a hitch. Image quality is very sharp after a few seconds of focus adjustments, and it has pretty much no perceptible ghosting. The headset itself wrapped around my head well enough that I didn’t have light bleeding in from the outside.

As for controls, you’ll need to feel around for the back button and trackpad at first, but you’ll be up and running shortly thereafter. Do yourself a favour and look at the button layout before putting the headset on.

Speaking of 360 degree videos, it would be fantastic if Samsung, Facebook and Oculus allowed users to cache these clips for offline viewing, because streaming can often be a poor-quality experience. The Oculus Videos app does let users download most 360 videos, but Facebook and other services don’t seem to do this.

Related: 7 gorgeous 360 degree videos that will ignite your wanderlust

As for extras, a recent update has brought screenshots and video recording to the fray, making for a very practical feature. It’s a pity that many apps don’t support this feature though, but YouTubers and other media types will enjoy this functionality.

So if you’re expecting a fuzzy display and jerky head-tracking, the Gear VR will make for a pleasant surprise. The preinstalled software is pretty solid too, but we still look forward to future updates anyway.

For under R2000, the Samsung Gear VR is a great accessory to your high-end smartphone, delivering a fair amount of immersive experiences and impressing your friends. Some of these experiences will definitely be a head-turner (heh), while others serve as nothing more than diversions. But, combined with a slowly growing library and Google’s ongoing contributions, it’s definitely shaping up to be a better entertainment medium than 3D.

Don’t have a Samsung phone or don’t care for virtual reality? Then this headset probably won’t change your mind, but do give it a try anyway. Want to play Project CARS, Alien Isolation and other AAA games in VR? Well, you’ll need to get the Rift or Vive then. 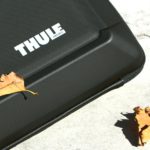