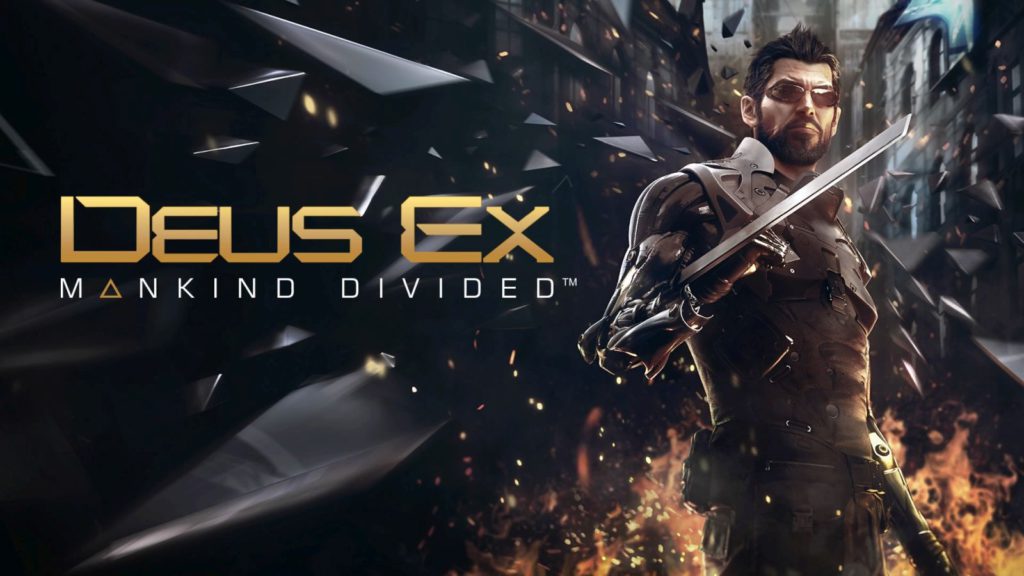 Game developer Eidos Montreal has finally released its latest edition to the Deus Ex franchise titled Deus Ex: Mankind Divided. This widely anticipated game might not be all it’s cracked up to be. But, it certainly tries its best.

Mankind Divided incorporates the same gameplay mechanics as its predecessor Deus Ex: Human Revolution but doesn’t seem to be as impactful with regards to the story. However, that doesn’t necessarily make it a bad game.

The story of augmented apartheid

Two years have gone by since the multiple endings to Human Revolution (no matter what ending you received, it doesn’t seem to affect this sequel). Humankind has turned cold toward its augmented brothers after augmented people were forced to violently attack innocents around them due to hacked biochips.

New slums have been established in retaliation to the wrongful attacks for the sole purpose of dumping augmented humans or as they like to refer to them, clanks.

These slums are filled with despair, hate and anger, all along the streets you can see augmented people littering the roads like trash on a sidewalk. Even the city of Prague, where most of the game takes place sees augmented segregated from the rest of society. The scenes you witness begin to give you a what if view on apartheid if it were dragged into the year 2031. NPC’s either whisper derogatory statements under their breath or straight up aim their hate speech at you, making you either dull to their slurs or constantly enraged, I was somewhere in-between. Adam Jensen, the lead protagonist in the game, embodies the general stereotype of a badass soldier — quiet, ever serious, and highly-driven with an extreme sense of duty.

Serving under Sarif Industries as head of securities in Human Revolution, he was severely injured by a Black Ops team known as the Tyrants who were hired by a collective hell-bent on controlling the world, the Illuminati.

The owner of Sarif Industries, David Sarif took this opportunity to test out exactly how far they could augment a human being, using Jensen’s dismembered body.

Fast-forward to Mankind Divided, As an augmented agent Adam Jensen with accompanying augmented powers, find’s himself working for Task Force 29, a team dedicated to stopping augmented terrorist threats which have occurred as retaliation for the mistreatment of augmented people.

However, Jensen is divided as he finds his allegiance split between the task force and a group known as the Juggernaut Collective determined on bringing down the members of the Illuminati. This is Jensen’s main reason for partnering up with the collective and somewhat working against the task force. You can feel that Jensen is a man divided (see what I did there) as you try to juggle working for two opposing sides and their ideals.

You can also feel the way he deals with the guilt as he realises that he might’ve been the cause of all this hatred toward augmented people by the decisions he’s made to resolve the Aug incident in the previous game. The interactions you have as Jensen within the game make you feel as though he’s a soul struggling to find peace with himself, it shows in the dialogue you have with some of the key characters in the game.

The game begins with Jensen dropping down to an abandoned structure situated in Dubai. Here, you were tasked with tracking down an illegal firearms deal going down with augmented individuals. As you find yourself scoping out the site, both your team of Task Force 29 agents and the augmented gangs themselves get attacked by a mysterious group of augmented soldiers in gold masks.

Gameplay revolution? Not quite

These soldiers are the key to setting off the plot of the game. This is where Mankind Divided begins to let you down.

“Our aim is for it to be a worthy successor to Human Revolution, and to improve upon that game in every way possible. I know that expectations are extremely high, and we not only want to meet those expectations but exceed them,” said head of studio at Eidos Montreal, David Anfossi in a blog post. Indeed expectations were high as Human Revolution not only introduced a new generation of gamers to a really well-crafted stealth first person shooter but also lived up to the enjoyment of the original iconic game, Deus Ex. I can sadly say that they’ve barely scraped the surface of our expectations with Mankind Divided.

The gameplay mimicked Human Revolution‘s which is perfectly fine; after all, it had great gameplay to begin with. Yet, this time, it was slightly harder to revert back to my default playstyle which is brutish in manner.

I recall a mission that seemed to have the perfect setting for a brute force attack, I snuck through vents to scope out the area and noticed that there were just enough enemies to take out with a bang. Once I marked everyone and felt confident that I’d take them out, I went for it hacking and slashing my way through multiple foes, landing some pretty decent headshots in the process.

I attempted numerous tactics with the same brute-force approach in mind throughout the rest of the game and totally ate shit. For a game that wants you to play the way you do, it doesn’t really let you.

I do admit however many times I died thanks to my play style, it felt good to find various ways to incorporate it successfully. Even if it meant being slightly stealthier next time around.

Praxis points, the games form of experience rewards which allows you to acquire new abilities are acquired few and far between successful missions and completion of side-tasks. The game’s stingy handout of these points forces you to get in more than one playthrough to unlock all of Jensen’s abilities. During one of the most pivotal moments of the game, you’re given the most Praxis points you’ll ever receive. This moment will ultimately affect your entire playthrough. Once receiving these points, you’re required to purchase and upgrade the abilities you want. Like a dumbass, I used them all to upgrade my battery, which still drained faster than most smartphones do today.

This greatly restricted my play style throughout the game as I purchased the base abilities because they were all I could afford.

I was hoping that my augmentations would help during my play through, after all, that’s why you play Deus Ex, to be a cybernetic human using flashy augmented moves. I, however, found myself relying on only three augmentations through my entire playthrough. Smart vision which allowed me to see useful items and enemies through walls; glass-shield cloaking which made me transparent and Icarus Dash, a cybernetic enhancement which mimics the dash power in Dishonoured.

At this point, the game decided to hand me a large pile of humiliation

With the above enhancements alone and creative thinking, I made my way through the game with only a few “why didn’t I get that enhancement” moments.

Human Revolution had an incredibly immersive story, it made you feel for characters when they were met with a fateful end. It left you feeling somewhat complete, in a sense that you walked away feeling like you’ve just had an incredible gaming experience and can do a few days without another one.

Mankind Divided, however, made you feel somewhat incomplete. It makes you feel like there was so much more the game wanted to offer but never really delivered. Supporting characters within the game never really felt like set pieces and felt more like plot devices used to just shuffle the story along. When one of the main plot devices within the game got killed I felt absolutely nothing. I sat there and went, “o well, that must’ve hurt,” instead of truly feeling like I’ve just sacrificed a life for which the game would have been better off if they lived.

Don’t get me wrong, I really enjoyed Human Revolution. It’s probably one of the better AAA titles of this year as it provides something close to the experience it intended to offer, but it has its issues. There are times when textures such as metal, brick buildings and skin showed to be smooth as a baby’s bottom. Yes, I played this on a PlayStation 4 which doesn’t have the same rendering power as a gaming PC, but that’s no excuse for a AAA title to run like anything less. There were moments during the game as well as in-game cut-scenes that looked incredibly beautiful. They made me feel like I was looking at something on an expensive gaming rig, but ruined it when they began to stutter.

Strangely enough, as many people have been complaining about in-game purchases, I never once encountered them through my play through. So it’s difficult to understand where gamers with an alternative experience are coming from. But, I stand firm in my belief that in-game purchases of AAA titles should go fly a kite.

As a consumer already spending your hard earned cash on what was marketed as an incredible game able to meet consumer expectation, you shouldn’t then have to pay even more just to get a proper experience. That’s bullshit.

Verdict: Mankind Divided tries its utmost to be the game you want it to be, and for the most part it meets fans expectations. But the little bugs take your attention away from its bigger ideas. It’s one of the better games of Q3 2016, but it still lacks the depth and enjoyment that its predecessor offered. 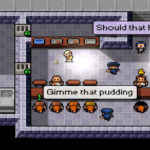