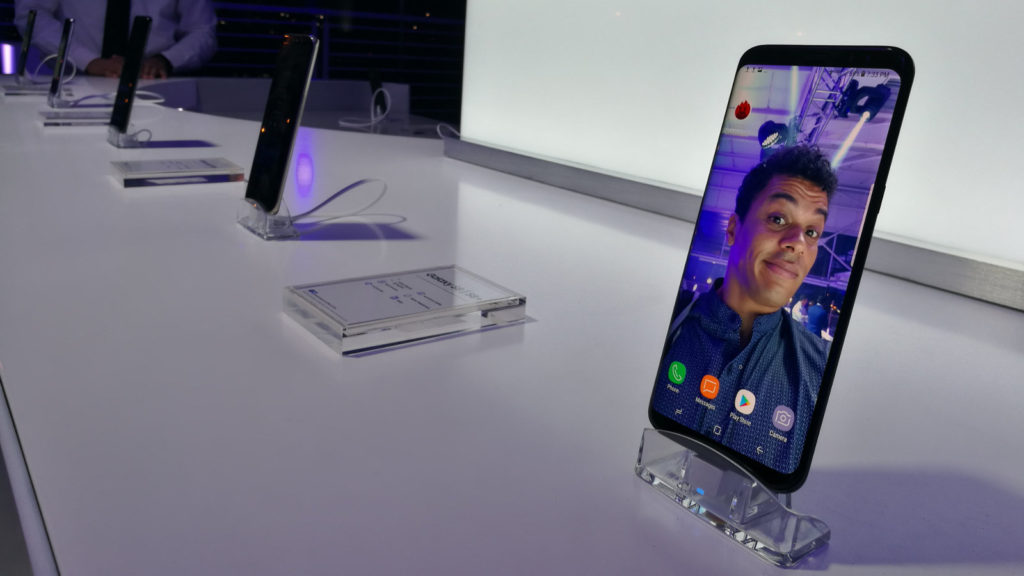 Samsung has officially taken the wraps off the Galaxy S8 and Galaxy S8+, featuring super-thin bezels that have become one of the biggest trends of 2017.

Staying true to the leaks, we’ve got a front with no Samsung branding, virtual keys (as well as a take on Apple’s haptic feedback for the home button) and an awkwardly placed rear-mounted fingerprint scanner.

Still, those who do miss the fingerprint scanner will be pleased with the inclusion of an iris scanner and facial recognition as authentication methods. It’s worth noting though that the latter was available in Android 4.0 and was easily defeated at first with a photograph. Here’s hoping Samsung has done its homework in this regard.

As for the screen itself, we’ve got 5.8-inch and 6.2-inch HDR-enabled screens on the S8 and S8+ respectively. But thanks to the thinner bezels, it actually feels similar in size to the S7 and S7 Edge. In fact, I thought I was holding the S8 when I was actually holding the S8+.

Much like the LG G6, the Galaxy S8 and S8+ feel much smaller than you’d expect them to be

In any event, the screen also sees a resolution bump to 2960×1440, ostensibly due to the taller, 18.5:9 display. Interestingly enough, the resolution defaults to 2220×1080 in a bid to save battery life, but this can be changed in the settings.

As for the camera experience, Samsung touted a similar 12MP f/1.7 camera as the Galaxy S7, but claimed faster autofocus and augmented reality features via the Bixby assistant. One rumour that wasn’t true though was the claim of 1000fps slow motion video. Instead, Samsung has stuck with 240fps video at 720p. In other words, Sony is still the only one with that crazy slow-mo capability for now.

Selfie fans will however like the upgraded 8MP front-facing camera, being a long overdue upgrade from the 5MP sensor in the Galaxy S7.

In the horsepower department, we’ve got the choice between Exynos 8895 processor or Qualcomm Snapdragon 835. And if it’s like prior years, expect the Exynos 8895 to come to South Africa. Other specs in this regard include 4GB of RAM and 64GB of expandable storage.

Other notable hardware specs include IP68 water resistance, the same battery size as before (3000mAh and 3500mAh) and a dedicated button for Bixby, Samsung’s assistant.

Yep, the company has basically created its own version of Google Now, delivering contextually relevant information throughout the day.

However, the manufacturer will also allow third-party apps to hook into Bixby, such as Uber (check out the list of supported apps below).

FYI: These are the supported apps in Bixby right now. #galaxys8 #unboxyourphone pic.twitter.com/elM3qCQV5s

As for the all-important release date and price? Well, preorders officially open on Friday 30 March (although some retailers have jumped the gun), with the release coming on 5 May. You can also expect the S8 to cost R15 499 and the S8+ to retail for R17 499 — the phones will be available locally in grey, gold and black.

Samsung also had a few peripherals to show off, including a new Gear 360 camera (ditching the awkward tripod stand), a wireless charger (the S8 supports wireless charging) and the DeX dock.

DeX is indeed Samsung’s take on Continuum for Phones, allowing users to plug their phone into a dock for a PC-like experience. Samsung also confirmed that Microsoft Office would be available in this mode, for some quick edits on the go.

DeX is expected to launch locally by the end of May, with a price in the region of R2500. Samsung hasn’t issued a price or release date for the new Gear 360 just yet. 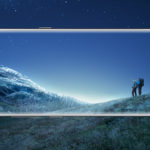