By Wiehahn Diederichs
Read nextXiaomi Redmi 4A vs Redmi 4X: which should you buy? 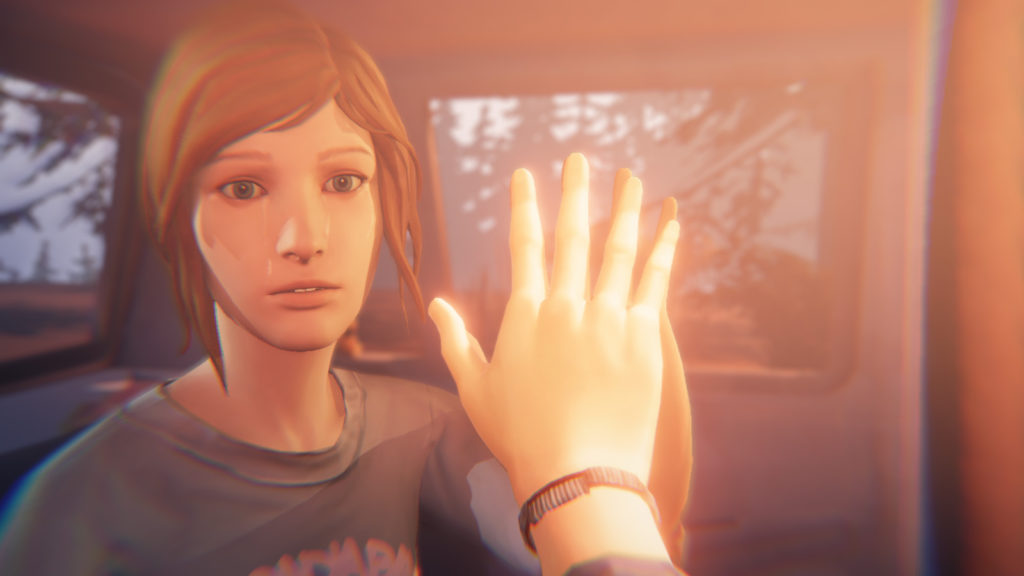 Life is Strange: Before the Storm leaves behind the supernatural elements of its predecessor and delves deeper into the mysterious and perplexing realm of adolescence, a time when every emotion and experience is amplified by the naïveté and entitlement of youth. It personifies the emotions we have unofficially declared as taboo, and allows us to wear it as a badge of honour.

Although a handful of games deal with similar subject matter, it’s more often than not decorated in some extravagant dressing. The recently released Hellblade explores the extremities of mental illness, but you’re still a badass Viking demon slayer. In Tacoma we explore how people come together in times of disaster, but we still find ourselves in a futuristic world rife with artificial intelligence and sci-fi tech. 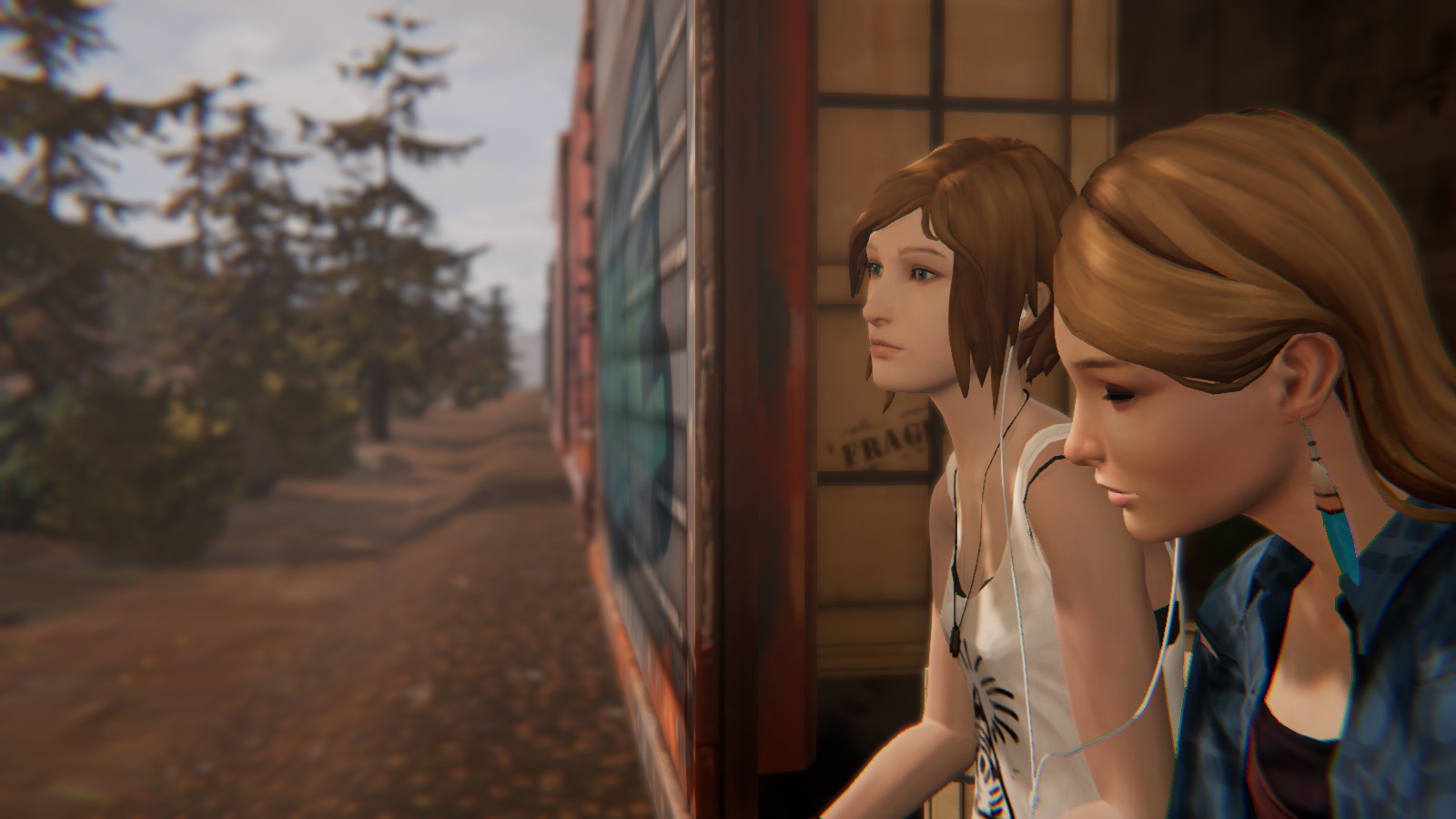 From the pensive lulls of respite to the passionate suffering of overwhelming anguish, Before the Storm (at least so far) has steered clear of this trend and exclusively provides us with truly intimate and wonderfully raw human experiences. In my years as a gamer, I’ve only encountered two games that have achieved this to the same effect, them being Fullbright’s Gone Home and Infinite Fall’s Night in the Woods (which doesn’t even boast a single human character). 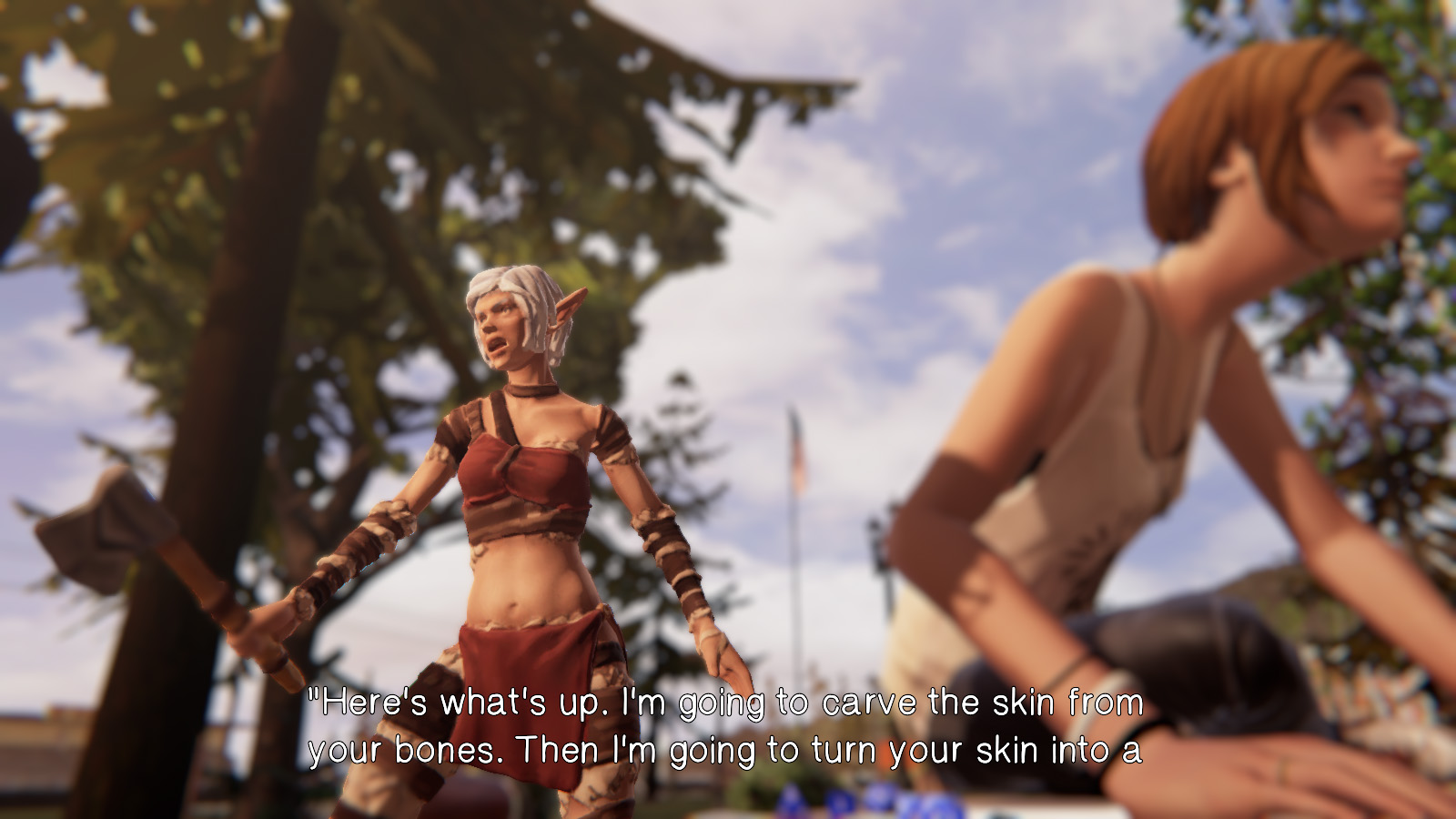 But while I have much praise for Before the Storm, I’ll have to admit it’s not a perfect game.

I really want to love this title but the truth is, I’m writing this review mere moments after finishing the three hour episode, titled Awake, and I’m already struggling to remember what happened, compared to the original Life is Strange, which I can still remember in painful (oh so painful) detail. Sure, I can recall flashes of visuals (I’m not braindead) but the lasting impression of the original still remains with me to this day, while Before the Storm admittedly failed to provide the same impact.

But while I have much praise for Before the Storm, I’ll have to admit it’s not a perfect game

Now to be honest, I do remember the original series as a whole and Before the Storm is still only one episode strong. So I’d think it wise not to jump to any conclusions just yet. With some patience, we might find that this title even surpasses the magic of the original. Until that time, let us take a deeper look at Life is Strange: Before the Storm Episode 1.

Welcome back to Arcadia Bay

In Before the Storm we take on the role of punk-outcast, Chloe Price, a sixteen year-old girl from the sleepy seaside town of Arcadia Bay and student at Blackwell Academy. As of late, life (you bastard) has dealt Chloe a series of damn cruel blows. 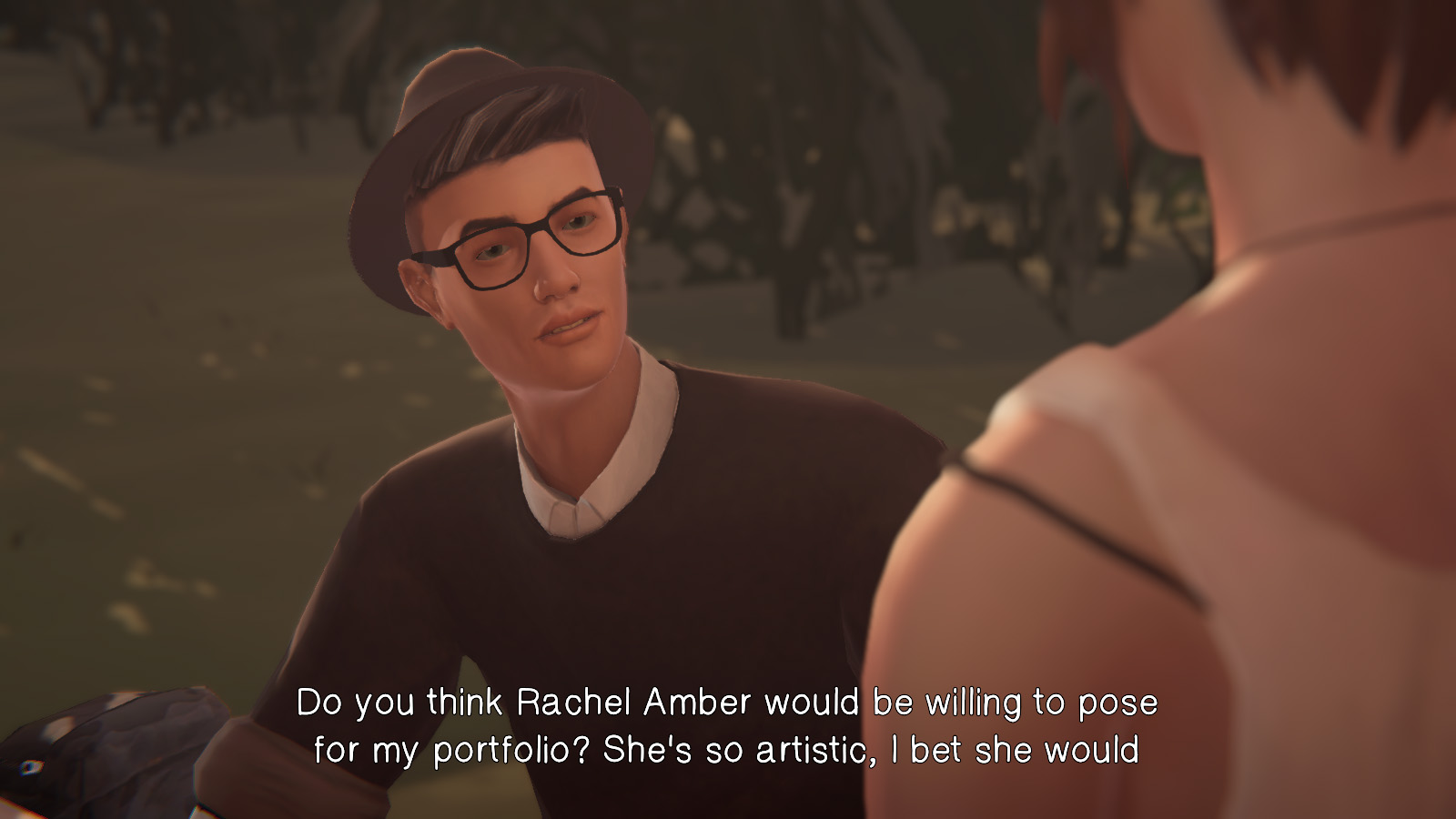 Her best friend, Max (the protagonist of the original Life is Strange), has left for Seattle some time ago and has barely tried to keep in contact.

This is followed by the death of her father in a car crash (the nicest man I’ve ever encountered in a game), a loss that changed her forever. And to top things off, Chloe’s mother is now trying to replace this wonderful man with the bluntest tool in town, ex-soldier stick-up-his-ass David Madsen. As you can imagine, all of this has taken its toll on the young girl and she sets out on a journey of self-loathing and self-destruction.

After years of gaining a reputation as a loner and someone who is “into some effed up shit”, things suddenly take an unexpected turn. After sneaking into a gig and getting herself involved in a pretty tense situation, Chloe ends up meeting the mysterious and popular Rachel Amber. A strange bond starts to grow between the two teenage girls, and what follows is a journey of self-discovery, unearthed secrets, and emotional survival. 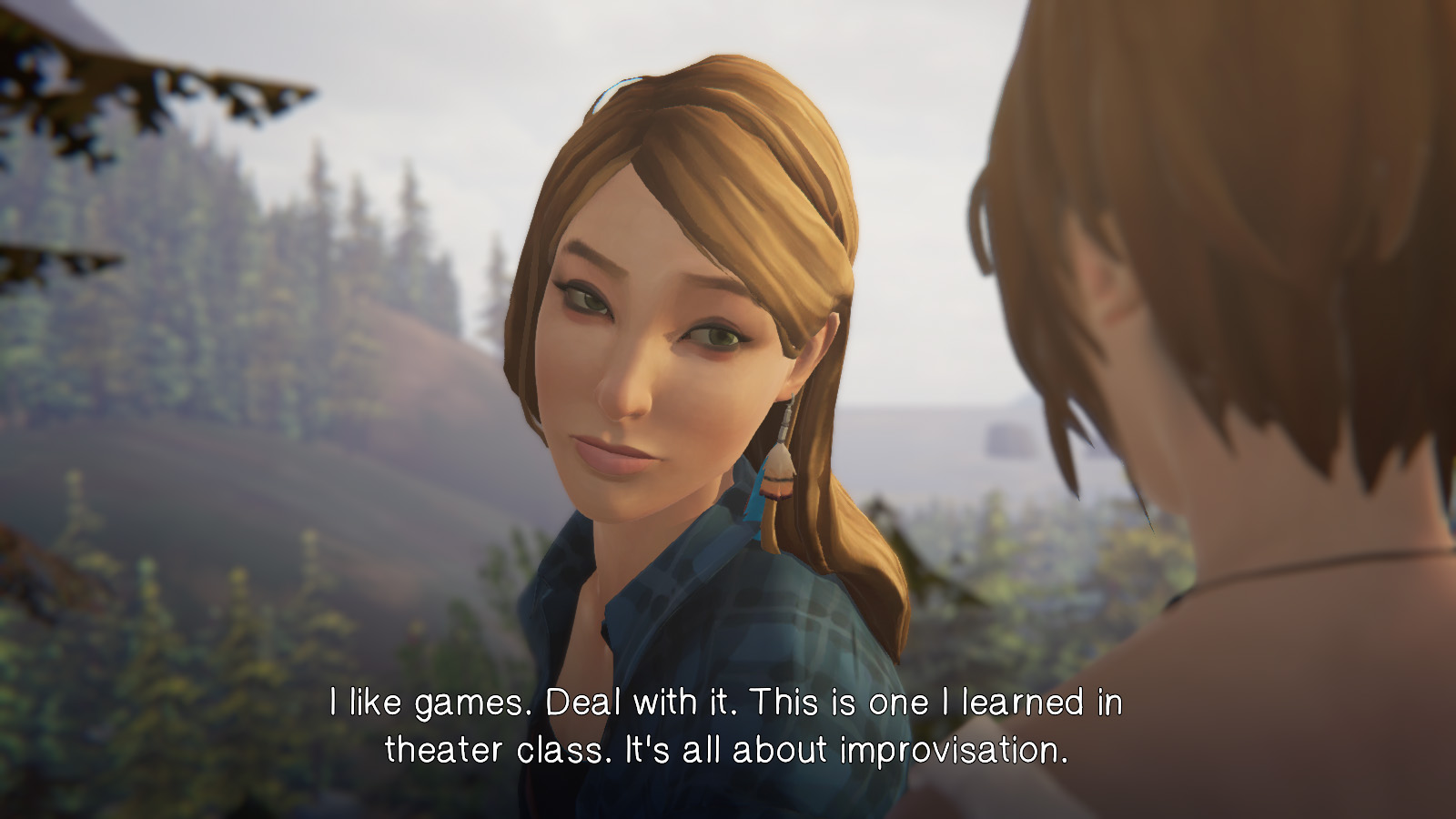 For the sake of those who have yet to play the original Life is Strange (like do that now), it’s important to note that Before the Storm probably wouldn’t exist if it was not for Rachel’s role in the original series.

I can’t really say much about it (because spoilers), but she is probably half the reason why fans of Life is Strange dived headfirst into Before the Storm… and to be honest, in my experience at least, the Rachel in Episode 1 hasn’t yet lived up the hype surrounding her. 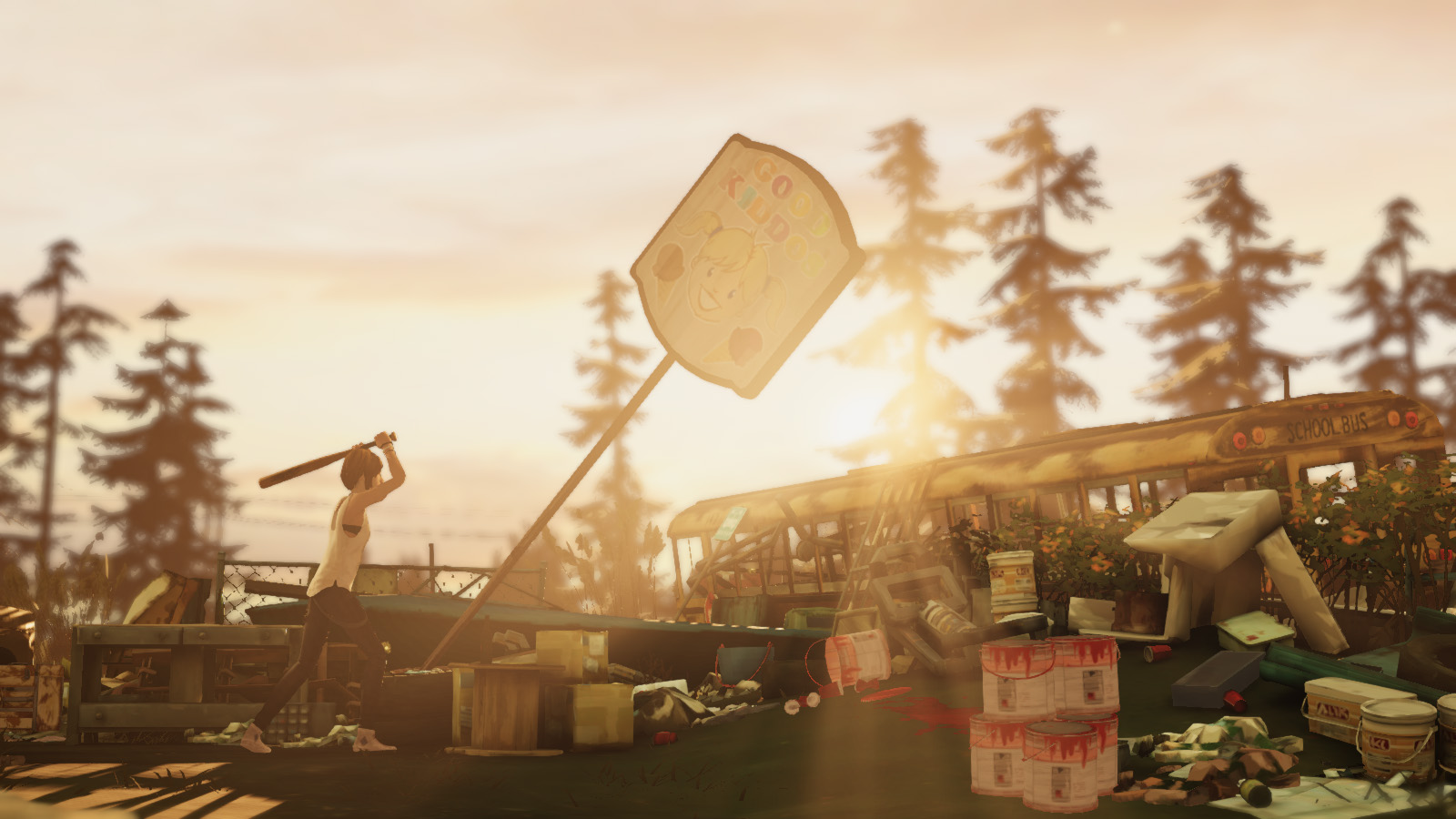 Some other reviews I’ve read have put her in a much more positive light but, so far, the blatant attempts to make her mysterious have made her come off as a bit annoying. It felt like she was only there to strengthen Chloe’s character, which was wonderfully portrayed by new voice actress Rhianna DeVries, by the way.

Not only does Rhianna sound like a sixteen-year-old Chloe, but she perfectly conveys her personality. A great deal of this is probably due to original voice actress, Ashley Burch, joining the development team as a writer and story consultant (who had to decline the role due to her involvement in the SAG-AFTRA strike).

Before the Storm plays a lot like its predecessor

Now while I’m on this rant, let me just get some other grievances out of the way.

At quite a few stages of this title, I felt like there were moments that just seemed like utter admin. For one, the constant references to Max, and reminders that Chloe misses Max and resents her for leaving, was laid on a bit thick. If Chloe is sixteen and Max moved away when she was thirteen, that’s three years she’s had to deal with it. The way Chloe comes across, it seems like Max didn’t leave more than a week ago. 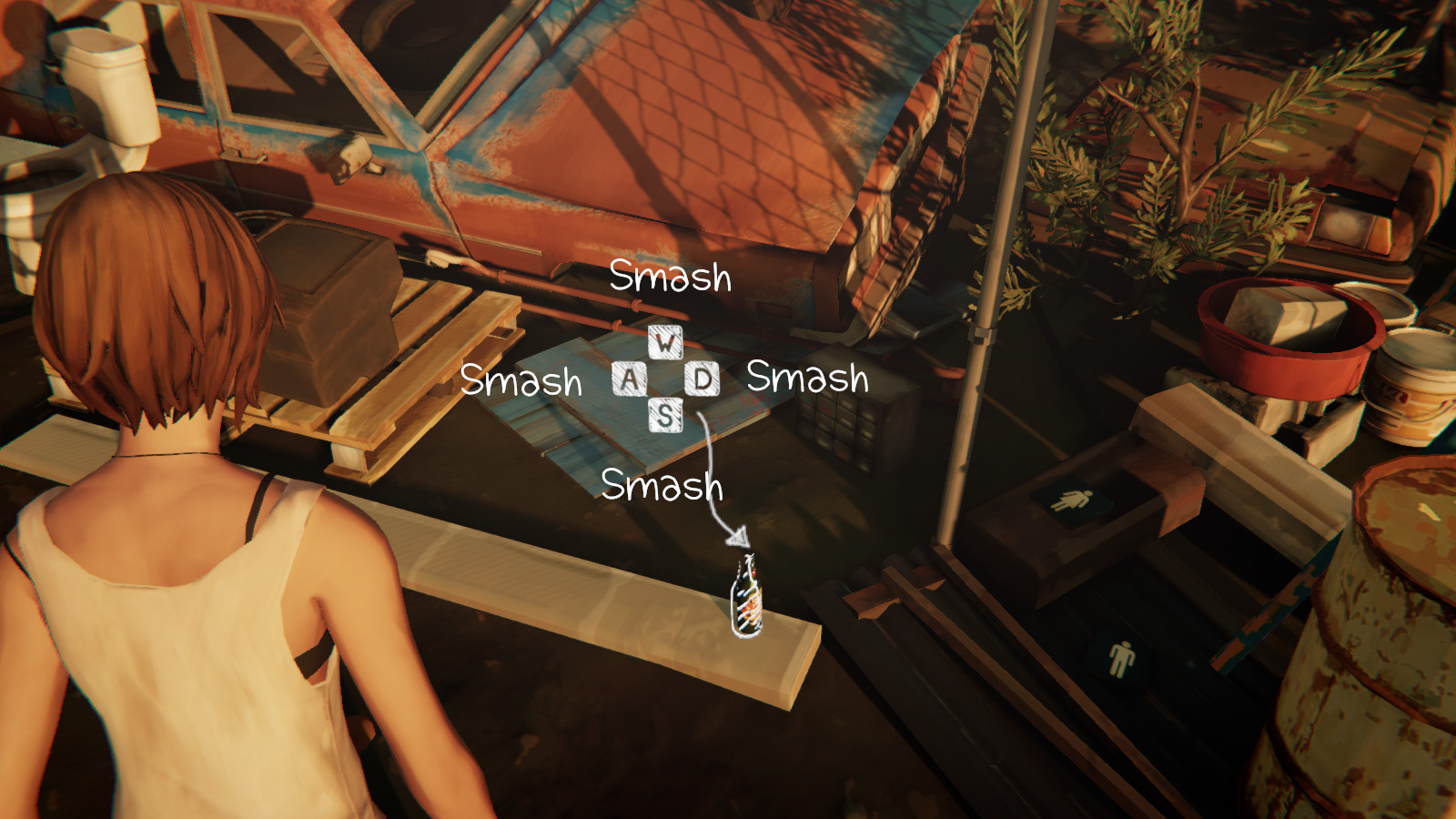 Fortunately, this seemed to die down later in the game and I hope it stays that way for the rest of the series. As much as I love the nostalgic moments, this is Chloe’s story, Max already has a pretty damn good one to her name.

In terms of gameplay, Before the Storm plays a lot like its predecessor, minus the time-reversal mechanic. Basically, you jump between a series of locations through Arcadia Bay, with each of these locations providing you with the opportunity to interact with a multitude of people and objects. Interacting with objects usually initiates a monologue, while interacting with people usually initiates, you’ve guessed it, a dialogue. 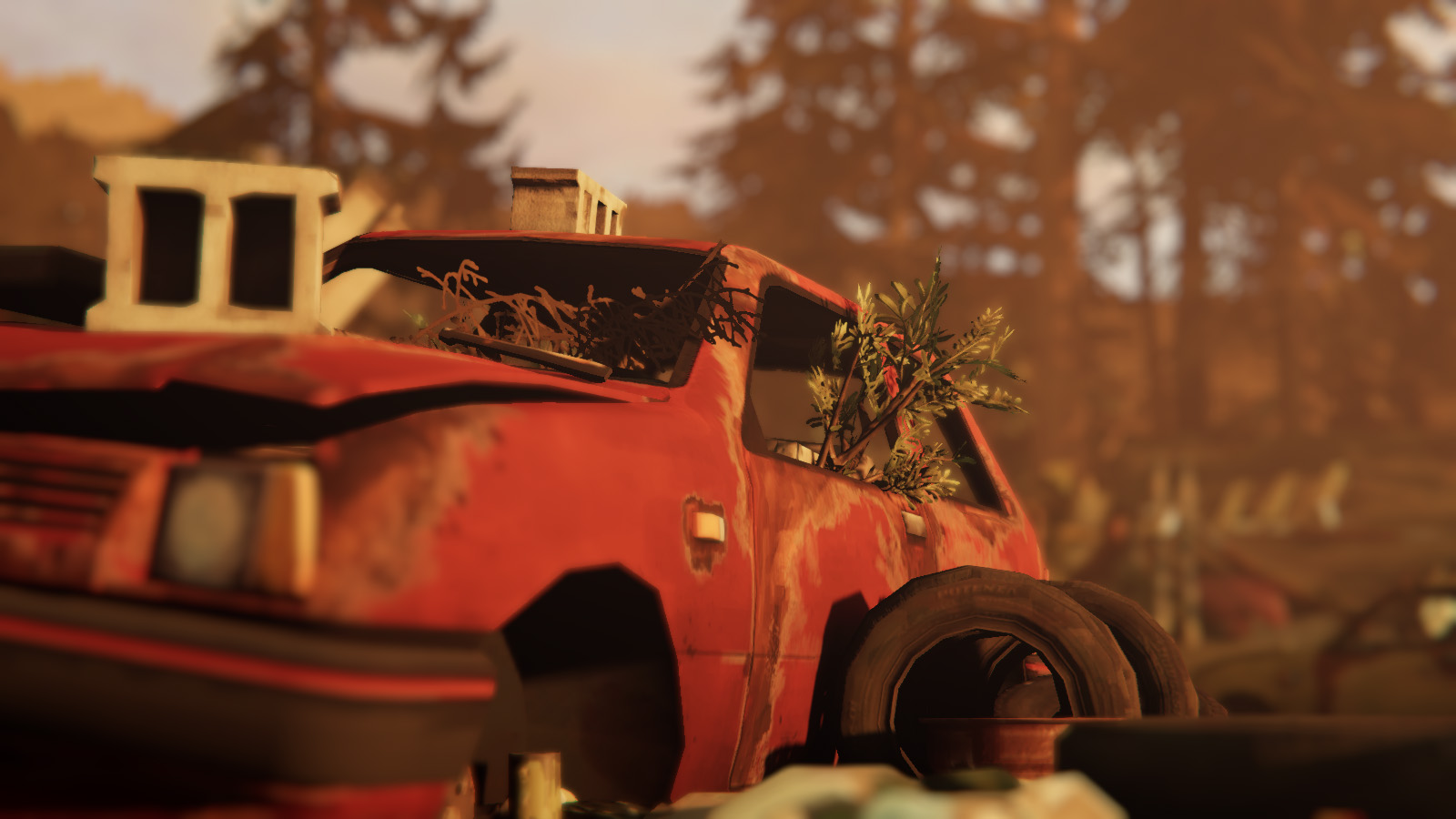 In most games, these moments are usually used as narrative fluff, something to make the game seem more interesting. In the Life is Strange games though, these interactions between people are the foundation its experience is built upon. Life is Strange is not one of those games you steamroll through, that would be defeating its purpose. You need to take your time to allow the experience to really open up to you.

In my playthrough, I took every narrative detour I could find and, even though it didn’t necessarily add to the story, each one allowed me to immerse myself even further into the story, enhancing the experience ten-fold.

In Life is Strange, interactions between people are the foundation its experience is built upon

On one of these narrative detours I met two new characters, Steph and Mikey, the Blackwell Academy nerds. After exchanging a few words, they invited me to join their game of Dungeons and Dragons, and for the next few minutes I completed the game with them. It’s small experiences like these that really set the Life is Strange series apart from other games. 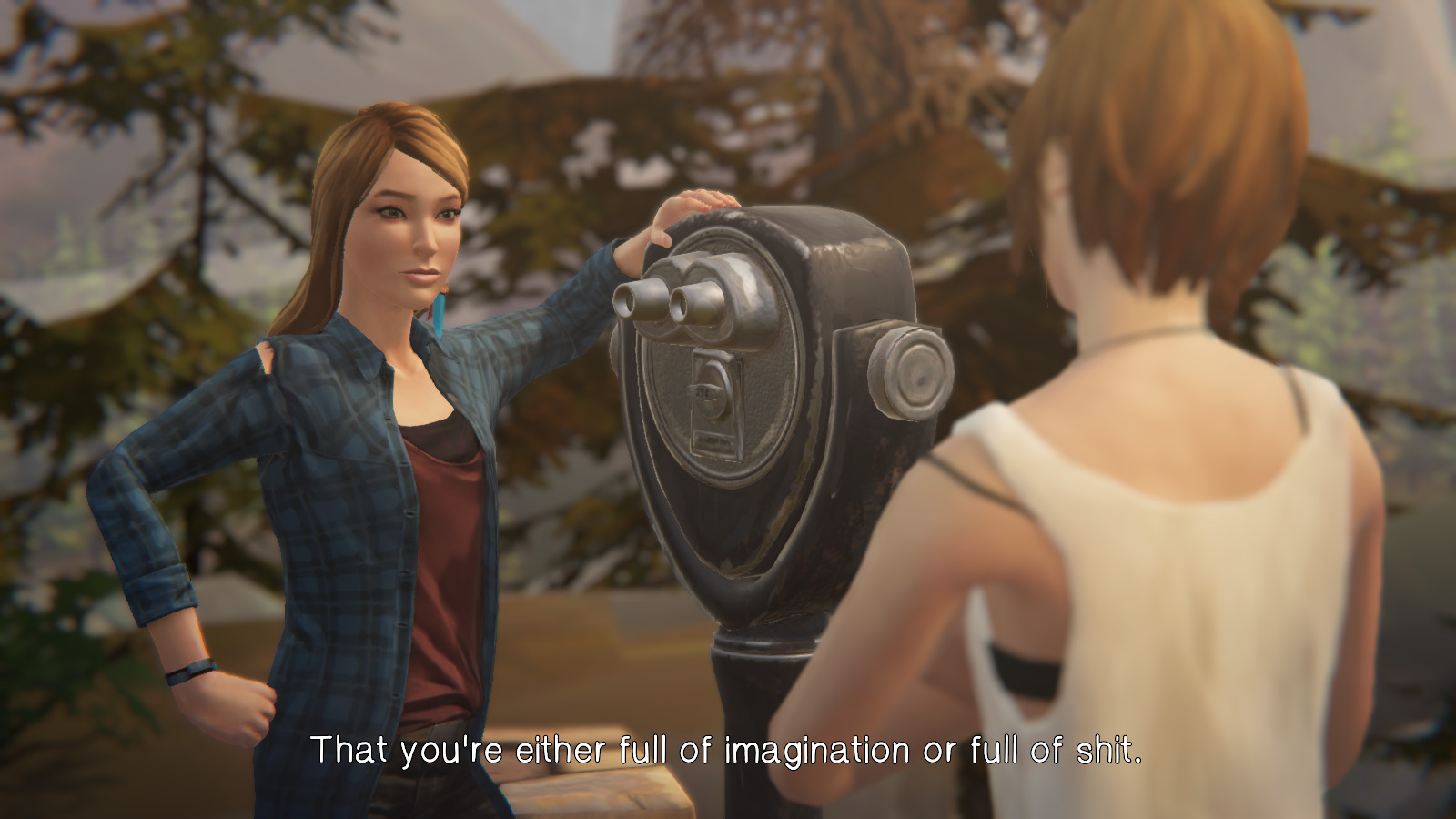 There are a few cool additions and changes to the gameplay, though. For instance, before Chloe leaves the house, you are given the chance to change her clothing. Although the options are sparse (especially if you passed on the “Deluxe Edition”), it does allow you to essentially play your own unique version of Chloe, a distinction I quite enjoyed.

Max’s camera has also been replaced with Chloe’s black marker. Instead of capturing moments in photographs, the more rebellious, hipster-hating Chloe “tags” every inch of Arcadia Bay with her snippets of adolescent wisdom.

Of all the new additions though, the most apparent is the “backtalk” mechanic. At certain points in some conversations, you’re going to need to convince the other party of something. When this happens, your responses will come with a time-limit. The goal is to “win” the backtalk match by choosing the right responses, which is tracked by a bar at the bottom of the screen. If you “win” this argument, Chloe gets her way, and vice versa. 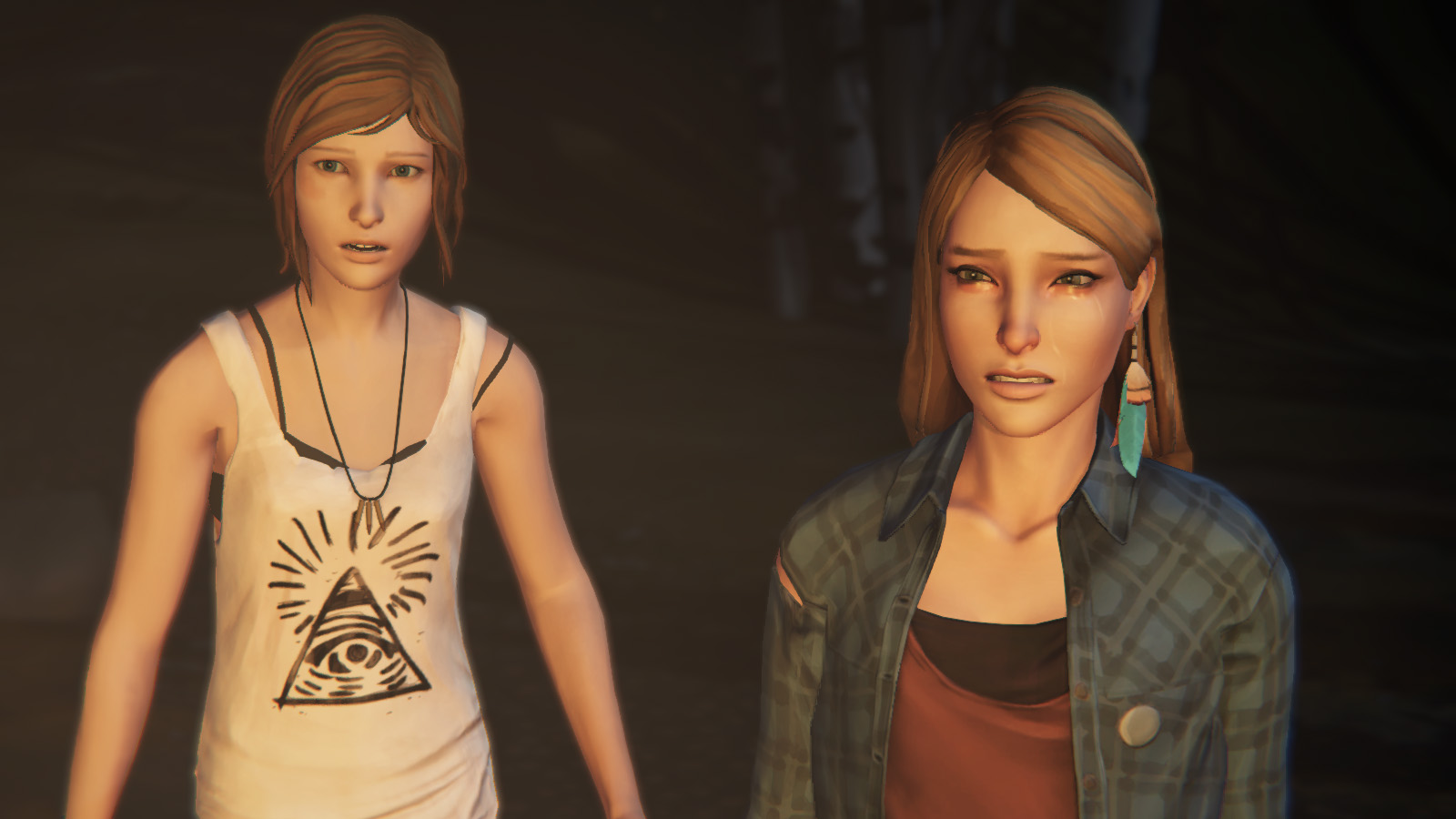 I found this to be quite an interesting choice that fitted well with Chloe’s personality. But more importantly, having to deal with time limits was almost the exact opposite of Life is Strange.

In Life is Strange, the protagonist had the power to briefly rewind time, allowing her to reevaluate each choice (without any time restrictions) and change the outcome of events to fit her fancy. This was an incredibly mechanic, which made you obsess over each choice you made because you had the power to actually change it.

In Before the Storm, the omission of time-reversal powers and the addition of time-limits is in stark contrast to Life is Strange, and I feel for fans of the original, this distinction makes these moments of choice all the more potent and challenging.

I thoroughly enjoyed my time with Before the Storm but I’m not sure if I’d recommend it to newcomers who have not yet played the original Life is Strange series, at least not at this point. To me, the potency of Before the Storm was its nostalgia factor and contrasts to the original.

With that being said, there were undeniable captivating and brilliantly written moments. Episode 1 certainly sets up an interesting story and I have a hunch that by the end of the series I’d be able to recommend this game without flinching. It’s clear that Deck Nine are avid fans of Life is Strange and it certainly shines through in their work. 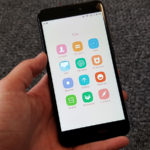