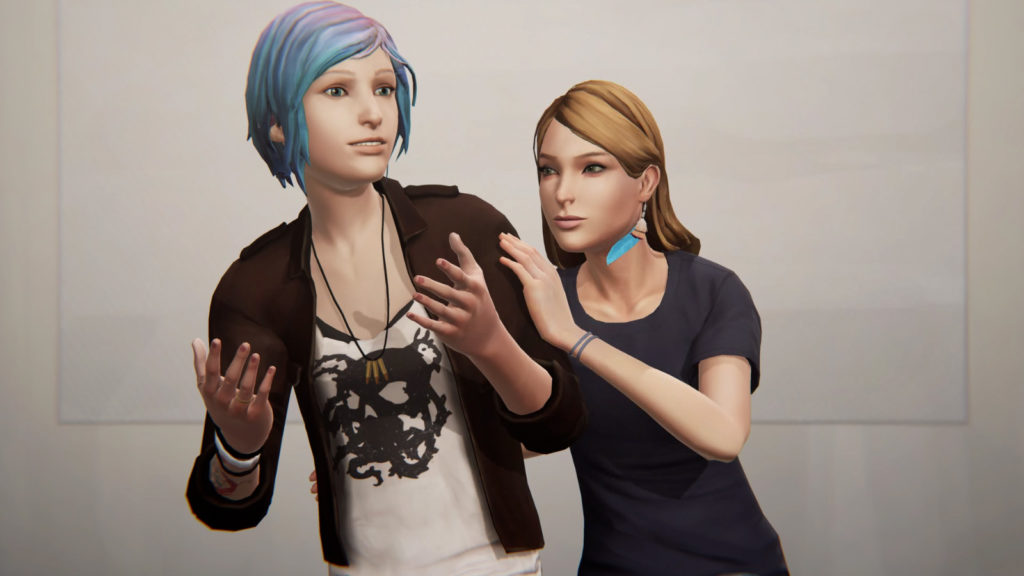 I can’t recall the last time I felt more conflicted about a video game than Life is Strange: Before the Storm, a three-episode prequel to the original Life is Strange (2015) saga. After pondering it for days after completion (I still am), I still can’t answer this question: is it a good game? Hopefully by the end of this review, the answer will become clear.

In terms of a narrative-driven gaming experience, and viewed as a stand-alone title outside the larger series, it is still one of your best bets out there. Its experience is unique, the dialogue well-written, the characters vivid and believable, and the rich story provides us with a decent amount of unpredictable twists and turns.

But compared to its predecessor (a comparison that has to be made), I felt that it lacked the magic and memorability of the original Life is Strange. As part of the series, it does great job of enhancing the experience of the original, but it also often felt that it was feeding of it to enrich its own credibility.

As I have covered most of the game’s basics in my Episode 1 review, I won’t go into much detail about it here. Rather, I will mostly focus on exploring the narrative and characters, two interlinked aspects that form the foundation of the Life is Strange franchise.

An admirable hit and a disappointing miss

There is one question that has been plaguing me ever since the announcement of Before the Storm… is it really necessary? The ambiguity of Rachel Amber in the original game was one of my favourite aspects of Life is Strange. Your imagination could fill in the mysterious blanks surrounding this enigmatic figure, and therefore each player effectively had their own personal version of Rachel.

But with the addition of Before the Storm, that can no longer be the case and we are now forced to accept developer Deck Nine’s version of Rachel. And in my case, it didn’t really line up. Even with the emotional baggage (which is nothing in comparison to literally any other character in this story), Rachel still just came across as selfish, entitled, and a bit of a brat, and that’s before she has any real reason to act this way.

The game tries really hard to add motivation behind this behaviour such as the high expectations placed on “Little Miss Perfect” , the jealousy of her peers that comes with it, and the cold and stifling environment in her family home. But, to be honest, most of the moments I spent with her just felt downright tedious and unbelievable. Admittedly, there were a few brilliant exceptions, but they were rare and I mostly
enjoyed them because they gave me a deeper insight into Chloe Price, the protagonist of Before the Storm and supporting lead in the original Life is Strange.

It was certainly a risk committing to this story and I can’t deny that Deck Nine’s passion is often evident throughout the game, boasting some beautifully written moments and truly emotive
themes. But I also had the feeling that not everything came across as they intended, especially considering that they tried to cram such a pivotal and sprawling story into a ten hour trilogy.

Fortunately though, Before the Storm places much of its attention on Chloe and her life and struggles beyond Rachel. As one of the franchise’s most iconic characters, it was fascinating to see the Life is Strange world through Chloe’s eyes.

Her personality is in stark contrast to Max, the original game’s introverted and reticent lead. Chloe is bold and defiant, a wrecking ball that smashes her way through life, making Before the Storm a noticeably more raw and intense experience. But beyond this fierce facade we find that Chloe harbours much pain, vulnerability, and loneliness.

Life Is Strange: Before the Storm certainly caters to fans of the franchise, but what about newcomers?

The catalyst for Chloe’s rebellious behavior is the loss of her father, who died in a car crash some years ago. Before the Storm extensively explores this trauma by taking us through fantastically surreal dream sequences and heart wrenching moments of self-reflection. These scenes help in keeping that magical edge its predecessor boasted, while also giving us much insight into scars that Chloe had in Life is Strange.

Over Before the Storm’s three episodes, we witness Chloe gradually transform into the character we know from the original. The moment she colours her hair blue, the origin of her shoddy but classic pickup truck, the creation of her and Rachel’s junkyard fort, her expulsion from Blackwell Academy… These are obvious moments of fan service but Deck Nine have masterfully woven them into narrative, carefully plotting its way to these moments so that they’re conveyed to full effect.

This is both Before the Storm’s greatest strength and weakness. Chloe is by far the most wonderfully realised character in the story, which is great, but it also made me realise how insignificant it made all the other characters feel. One of the aspects of Life is Strange I always admired was how alive the world and the characters around me felt, which in turn cemented Max’s place in the overall story.

With Before the Storm it felt like the world beyond Chloe felt rather lifeless and I got the feeling that many of the nuances of other characters hinged on you playing the original Life is Strange. That’s not to say that Chloe didn’t share intense and memorable moments with other characters, she certainly did. But, in retrospect, they felt a bit rushed and I think the other character deserved more attention.

Is it a worthy entry in the series? Ultimately, I think Before the Storm‘s greatest failure is its attempt to convey so much in so little time. The game is at times a wild and riveting ride and then suddenly plunges into these almost inconsequential lulls, making the plot feel staggered.

I think that it was possible to get more out of this three episode structure if the narrative was better managed. Episode 1 felt a bit slow as it had to do a lot of (unnecessary) admin to set the story, while Episode 3 felt so rushed I had trouble keeping up. Episode 2 on the other hand was brilliant. It had the perfect balance between relaying information and immersive storytelling, and also proved to be the most memorable and captivating episode of the three.

Verdict: While my time with Before the Storm wasn’t necessarily memorable, it was enjoyable enough for me so see it through to the end. But instead of the “oh my god” I felt at the end of the original Life is Strange, Before the Storm left me with a “mmm, not bad”. 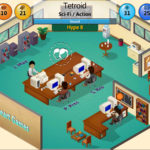