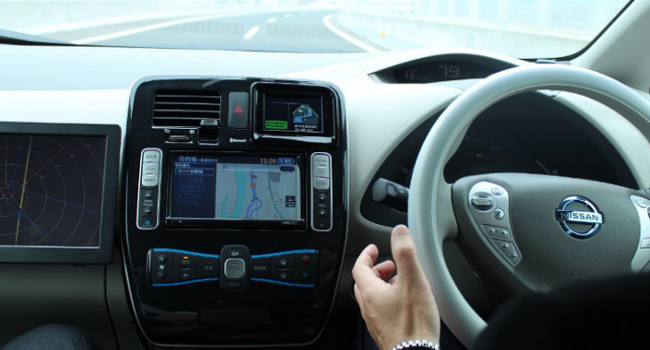 This week car manufacturer Nissan impressively demonstrated its own self-driving vehicle on a public expressway in Japan with plans of commercializing it by 2020. Although not a first, the race to introduce this tech in the near future is clearly heating up.

The Autonomous Drive is based on the Leaf electric car and performed a number of groundbreaking manoeuvres such as switching between lanes, overtaking and merging. According to the Japan Times, the vehicle carried officials as well as journalists on a 3.2km drive.

The car uses seven cameras and six laser scanners, to gain a 360-degree field of vision so that it can navigate itself through the traffic. As soon as the driver (or is it the passenger?) puts his hands on the steering wheel, the car goes into regular driving mode.

Nissan Motor Vice Chairman Toshiyuki Shiga says, â€œThere are many rear-end accidents on highways after drivers get sleepy on long-distance and monotonous drives. It is effective to conduct a road test on an expresswayâ€ to develop safe driving technology.

Shiga further notes, â€œEven though the driver was in the seat, his hands were away from the steering wheel. Still, the car ran smoothly. I really felt (automated driving technology) was a breakthrough and strongly hope to see the car on the market soon.â€

While automated car tech has an outstanding record of success to date, some of its biggest obstacles remain the skittish and debatable laws surrounding its implementation. Who is responsible, for example, when a driverless car is involved or is the cause of an accident?

While Nissan might claim otherwise, this is of course not the first self-driving vehicle of its kind. Last month, Mercedes Benz showcased the S-Class S 500 Intelligent Drive concept car at the Frankfurt Motor Show where it was able to deal with 100km of traffic with no problems.

Tesla Motors also recently announced its intention to roll-out self-driving vehicles by 2016. Similar to many other leading car manufacturers, the company has been very interested in Google’s self-driving car initiative for years now. 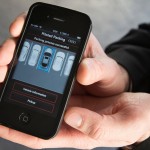