Each year Geneva kicks off the motoring show season in style. It isn’t the first of the year, but it certainly contends for the best and most glamorous.

It’s where many of the top manufacturers have their chance to show off their most prized metal manifestations and is also the best chance the public has to view these beauties up close and personal.

This year is no different to any other as there are plenty of drool-worthy debuts to wait for, some of which have been shown below.

But that’s also the fun about motor shows, especially the big, glitzy ones like Geneva: you can only know about so many of the cars that are being revealed.

Sure there are plenty of debuts that we’re already aware of, but it’s likely that there are just as many that have been kept completely under wraps. We’ll be sure to cover each and every single one of those special beasts once the tarp comes off them, with a special focus on the most tech-fueled examples unveiled.

For now though, here are some that you can definitely look forward to. Is Ferrari trying to say something? Well, no, doubt that very much, as this really couldn’t hold a candle to that race car for the road. But at least Ferrari has sharpened up the styling a bit, because it was a bit of a minger before. And power is up to a reasonable 552bhp, while torque is plenty generous thanks to the turbo, sitting at 556 lb ft. Of the cars on this list, the Audi S1 is probably the most sensible, but sensibility doesn’t necessarily mean it can’t be fun. And the S1 has two things on its side that usually equate to hooliganism and shenanigans: a good dose of power and a small size.

It is a car that you could potentially get into a lot of trouble with in real world scenarios, and why not, with a 228bhp 2.0 litre turbo and the option to not worry about extra passengers with the three door version or sharing the fun with the Sportback five-door, it’s the Audi that many upbeat, youngsters have been waiting to lose their licenses with. But then again, Audi have fitted its Quattro four-wheel drive system, so this thing should handle like a go-kart. Is this the P13 that has been rumoured for debut — the proposed ‘baby McLaren’ that will sit under the MP4-12C? If the name is anything to go by, no, it isn’t. Because that would mean it has more power than its daddy.

Perhaps McLaren has thrown the press a nice curve-ball, saying it was developing a sports car to sit under their 12C, where it’s actually building a bigger brother that will sit neatly between the 12C and their most recent masterpiece, the P1. Ok, now for some rumoured facts. It will have 650bhp, hence the name.

It will have the same aerodynamically tricked out front end of the P1 and a very similar back-end to the 12C. At least that’s what all the photos say. And if that’s the case, then it’s quite a shame. Not that the P1 is not pretty, it’s definitely striking, but surely McLaren would want each of their models to have a personality of its own and not have their newest creation be a chopped up version of what already is? Koenigsegg is known for its frankly ridiculous cars, made to go as fast as possible and utilising the most advanced technology available, even if it has to create it itself. And here is the perfect example: the Koenigsegg One. The name is meant to represent that all-encompassing power-to-weight ratio of 1:1.

In other words, as much power as there is weight. For the One this equates to 1 340bhp and yes, 1 340kg. Ridiculous. Add in that Koenigsegg say it will overcome the already astronomical top speed record held by Bugatti of 267mph, and this car is setting up another sort of ball game. Koenigsegg engineers have suggested a top speed of 279 mph, which is frankly kind of stupid, because where are they going to test it? The be-all and end-all of Mercedes, if you have one of these then you can basically snark at any other road user and force yourself into any lane you like on the road, knowing that people will gladly move over for you.

No, that’s a lie. But that’s surely what you’ll be thinking driving one of these. The sedan version of the S-Class is Mercedes’ technological tour de force and all that techno-wizardy is available on the coupe too. Some of the extravagancies are night vision, heads-up display, collision prevention systems, and even the option of having 47 Swarovski crystals in the headlights so you can blind people out of your way. And if that won’t move them, the 4.7 litre twin-turbo V8 with 449bhp certainly will. 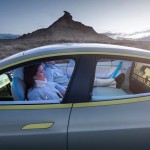