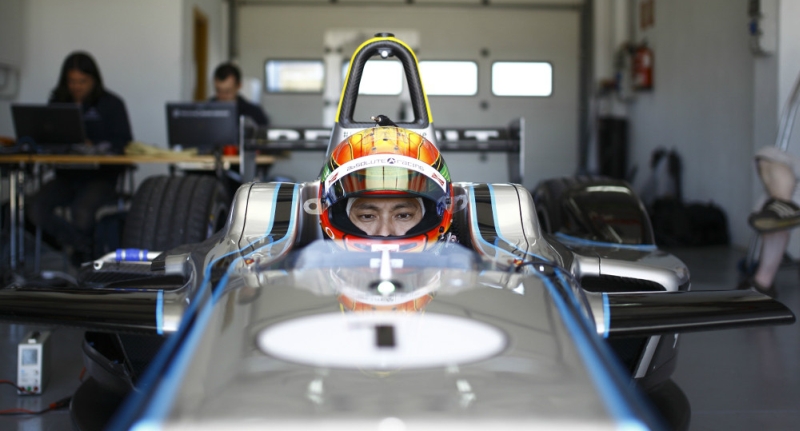 Let’s not fool ourselves. Although I hate to knock it before its first race, Formula E really is no greener than it’s petroleum-based cousins. The Formula E cars once racing will emit no carbon emissions, but that’s just on the track. The series’s trailer frustrates me the most. The stock footage of an unspoilt earth, people frolicking in fields and wind turbines gently twirling in the breeze suggests that Formula E is the motorsport that will change everything. If it is purporting to be a green series, its not only fooling itself but the public as well.

Even though its cousins have adopted greener technologies, a desire for a fully electric series piqued investors and the FIA’s (motorsport’s governing body) interest. This is where Formula E comes in.

It’s a series unlike anything the world has ever seen before, but somehow it seems more an elaborate marketing tool, making electric cars sexy and attractive to the average buyer, than an intrinsically green racing series pushing new technologies.

So if not “environment”, what does the E in Formula E really represent?

Formula E finds itself wedged between Formula 1, the pinnacle of petroleum-sprint racing, and the World Endurance Championship (WEC). Although Formula E is electric-only, it’s stationed between their two ideals — to be a sprint-orientated endurance series.

F1 cars use turbocharged petrol engines aided by two forms of energy recovery systems — the MGU-K, that recovers lost rotational energy and the MGK-H, that recovers lost heat energy. Both of these charge a battery which in turn powers electric motors, allowing the car an extra 160 horsepower on top of the petrol engine. The WEC LMP1 class edges towards efficiency in its nature.

The Audi R18 TDI, as Le Mans champion, uses a turbocharged diesel motor with energy recovery system rated for around 210 horsepower. Incredibly, the car’s consumption at the 2012 race was just 33.3 litres/100km – ridiculously efficient for a racing car.

Of course Formula E will not have a fuel consumption figure, but one charge is said to last around 25 minutes. Each race will last an hour meaning that drivers will need to stop to “change cars” twice, hence the need for two cars per driver. Cars, at least in the series’ first year, will not be charged through recovered or motion-generated energy. There are a few issues that this missed opportunity highlights.

Continually stopping to charge cars instead of developing a type of sustainable energy generation is the major issue with this series. It is not pushing the boundaries of technology, instead just using current rechargeable battery technology to travel around a street circuit relatively quickly.

The cars, when stationed, will be charged from the grid. Although I hate to highlight this as an issue — it is. A 2013 case study conducted by the International Energy Agency suggest that over 50% of the world’s total electricity production uses archaic, non-renewable means.

Prior to the integration of smart roads and wireless charging, if each team had a mobile power generating station, utilizing solar or wind energy to charge the cars with a mains fail safe, it would make more sense development-wise.

Teams could partner with solar panel and wind turbine manufacturers, to improve existing technologies. It would allow vehicle manufacturers to improve and experiment with charging methods while allowing renewable energy companies to test new technologies in a small scale environment. Electricity should be seen as precious in this series, not as constantly available.

E for way too Early 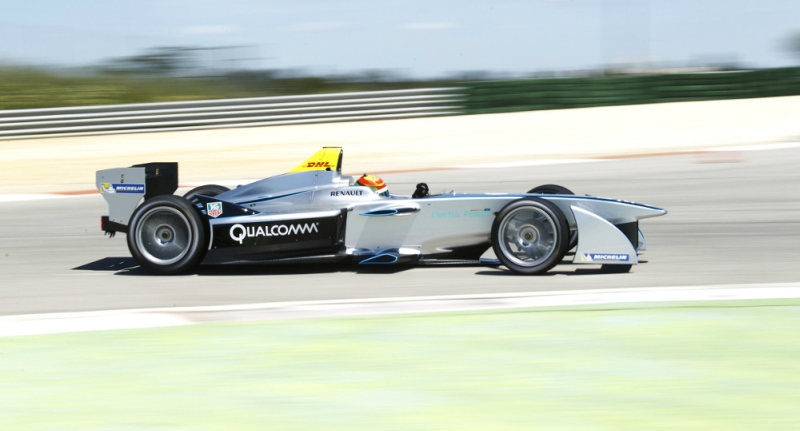 Ten years from now if technology’s relentless development cycle remains swift, it would be easy to see how Formula E could be a massive success. Wireless charging technology, smart roads, more efficient production methods and technologies will be available and in need of a testing arena. Currently, Formula E isn’t introducing anything new, besides the idea that electric cars can be raced. As a formula series, it should push the boundaries of technology and engineering yet its playing it too safe to be considered cutting edge.

The batteries used by the cars is manufactured by Williams Advanced Engineering, a fork of the Williams F1 development team. The batteries are really just large lithium ion units, used in most hybrid and electric cars today. It’s the usual components pushed to the limit, but where is the new technology? Where is the cutting edge of performance? 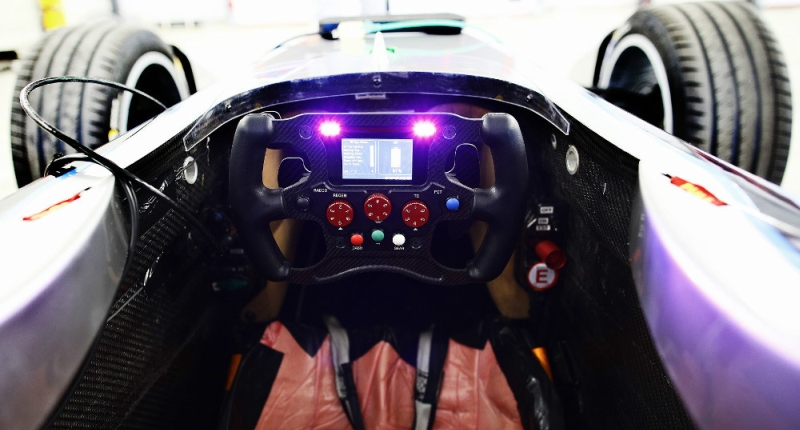 Development is not cheap, but pioneering motorsport was never designed to be cheap.

Currently it costs just US$3-million to register a Formula E team compared to US$115-million for a Formula 1 team, but in year two when designers are given free license to push the boundaries of technology, costs will skyrocket. In addition, wireless charging technology will also increase as new standards are developed and implemented. Formula E will be just, or if not more, expensive than Formula 1. If it fails to attract viewers, costs may just become astronomical.

Ultimately, Formula E will end up with the same set of cost problems as Formula 1. It’s the nature of formula racing.

E for outside Emissions 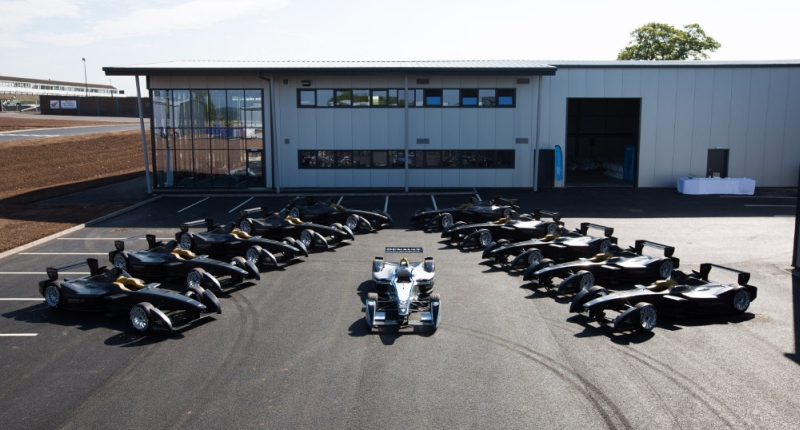 A problem all racing series share is the long haul transport of the cars, clientele and teams. Ironically a series marketed to be completely green will be moved around the world by aircraft, trucks and motor homes running on fume-spilling petroleum engines.

This is racing’s biggest issue in making the transition to green methods, in my opinion. A completely green racing series should be green from the ground up, including logistics. Ideally, this means all additional technologies supporting Formula E should be investigated, from transport logistics to a solar powered paddock to smarter, greener circuits. Essentially, Formula E should be used to improve every facet of renewable energy in motorsport.

The major driver of motorsport series is the actual viewership and public interest garnered, not only from motorsport fanatics but the average Joe who knows nothing about cars. How will Formula E be attractive for those who don’t like motorsport? Formula 1 has a cult following thanks to its tradition, racing heritage and folklore. In addition, rule changes and technology tweaks keep the sport relevant. The WEC, especially the Le Mans 24 Hours, is billed as one of the great motorsport races, also supported by decades of tradition. But Formula E?

It’s a fresh sport unlike anything we’ve seen before but how will it garner fans from farther corners of the planet?

Social media, for one. Alejandro Agag, Formula E’s head honcho, has announced that fans of the series can influence the race’s outcome by mentioning their driver in a tweet. The driver with the most mentions during a race will receive an additional boost of power to use momentarily in the race. Ridiculous doesn’t come close to defining this gimmick.

Formula E has a lot going for it. A new concept, fresh technology and massive injections of capital from willing companies, but is this enough to make it successful? Essentially, Formula E is desperately flawed. Although it may change the public’s perception of electric vehicles, it’s not doing anything to improve them, at least not in the first year. If it really wants to be a series for the future, it needs to address more issues than merely who is fastest around a track.

At least in its first year, Formula E is anything but the motorsport saviour we desperately need. It is, however, a move in the right direction. 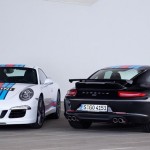