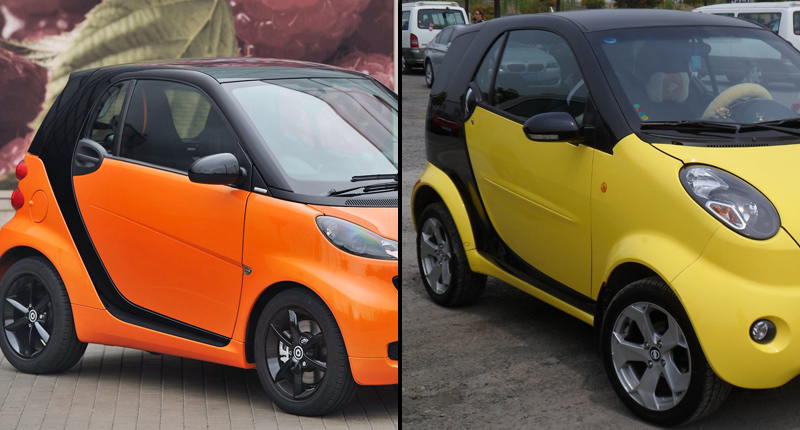 â€œMade in Chinaâ€. Itâ€™s a phrase that still bears a hefty stigma â€“ rightfully so or not.

Yes, many Westerners still feel that the appearance of these three simple words on a product automatically indicate a distinct lack of quality.

Of course, the fact that the vast majority of counterfeit items out there â€“ from iPhones to entire companies â€“ originate in the world’s most populous country certainly doesnâ€™t help matters.

But thereâ€™s a reason for all that. You see, the act of copying has a long history in the Peopleâ€™s Republic of China, dating back to the days of traditional Chinese art. Yes, Chinese people saw (and many still see) replication as a method of learning as well as a way to express both respect and admiration.

Imitation, as they say, is the sincerest form of flattery.

So, what does all this have to do with cars, you ask? Well, Chinese clones extend to the automotive industry, too. Weâ€™ve rounded up seven carbon-copies of well-known vehicles. Copyright? What copyright? Not only did JAC Motors decide to openly ape the Audi A6â€™s exterior styling, it also felt the need to swipe the German saloonâ€™s name. Up front, the fake A6 features a hexagonal grille and headlights that are remarkably similar to those found on the swoopy Audi.

And inside? Well, JAC reckoned it would have a stab at making an MMI-controller of its own, while also nicking design cues from earlier Audis. But whatâ€™s under the bonnet? Despite its not inconsiderable size, the JAC Refine A6 is powered by a comparatively puny 1.5-litre turbocharged petrol engine. No stonking V6 here, thenâ€¦. Some might say the Amarok is one of the better-looking pick-ups out there. Jiangling Motors Corporation certainly seems to think so, judging by the exterior styling of its upcoming T7. Yes, this Chinese automaker â€“ which has been in a joint venture with US manufacturer Ford since 1997 â€“ is clearly (and rather effectively) employing a copy-paste design philosophy.

Inside, however, the Jiangling T7 differs markedly from Volkswagenâ€™s pick-up â€“ which is a little strange seeing as the Amarok boasts one of the more car-like cabins around. Power comes from either a 2.2-litre petrol mill or a 2.8-litre turbo-diesel, with the latter sourced from Isuzu. This one dates back a few years, but the similarities between the two vehicles make it impossible to exclude from this list. Yes, with that huge upright grille and even the famous â€œSpirit of Ecstasyâ€ ornament adorning its shiny bonnet, the Geely GE limousine couldnâ€™t be more obvious in its forgery.

In terms of its seating layout, however, the Geely GE â€“ which employs a V6 petrol engine sending drive to the rear wheels â€“ differs from its British muse in that the rear bench is tossed out in favour of a single throne. Perhaps something Rolls-Royce should consider for its next Phantom? The Evoqueâ€™s bold styling has won favour the world over. Including in China, it seems. Yes, the LandWind X7 mimics the posh Rangie so closely â€“ right down to the badge font used on the bonnet â€“ that the two arenâ€™t exactly easy to tell apart. Incidentally, LandWind is jointly owned by two other Chinese automakers, Jiangling Motors and Changan Auto.

Even the 2.0-litre turbocharged petrol engine powering the X7 is similar in size to the four-potter doing duty in the Evoque, although rather underpowered in comparison (and mated to an eight-speed auto, rather than a nine-speed self-shifter). Incidentally, this engine is sourced from Mitsubishi. Inside, the copycat theme continues, but the LandWind X7 cheekily boasts a larger touchscreen. Not content with simply duplicating one popular vehicle, it looks as though the folks over at BAIC decided theyâ€™d splice two of Jeepâ€™s finest. The X424 is the result, borrowing obvious design cues from both the Grand Cherokee (from the front) and the Wrangler (from the side).

Of course, the BAIC X424 also employs a four-wheel drive system, with its makers hailing its off-road ability, adding that it has been improved â€œto reach military-grade endurance levelsâ€. And, as we all know, the first Jeeps ever built back in 1941 were made specifically for the militaryâ€¦ The modern MINI hatch is an up-to-date interpretation of the classic Mini. And the Lifan 330? Well, thatâ€™s the new, posher version of the original Chinese knock-off (known as the Lifan 320). Confused? Donâ€™t be. Just take a look at the images and play a quick game of Spot The Difference.

The Lifan 320 and 330, it must be said, offered five doors before the folks at MINI decided to go that route. And the designers of the latest version have indeed made an effort to render it slightly less similar to the British hatch than its predecessor (possibly by adding a few Fiat 500 styling cues). But pretty much everything else â€“ from the distinctive exterior shape to the cabinâ€™s dashboard and instrument layout â€“ just screams MINI. For the record, the Lifan employs a 1.3-litre four-cylinder petrol engine. And the MINI hatch doesnâ€™t. Underneath its unibody frame, the Shuanghuan Noble â€“ or â€œBubbleâ€ as itâ€™s also known â€“ actually runs on a shortened Suzuki Alto platform. But thereâ€™s no denying which Mercedes-backed mini-car it is actually impersonating: the Smart ForTwoâ€™s ears certainly must be burning.

Unlike the little Smart, however, the Noble supposedly seats four (rather tiny humans, perhaps?) and employs a front-engine, front-wheel drive layout. And that mill is a 1.1-litre four-potter â€“ again borrowed from Suzuki â€“ that sees the Smart knock-off, ahem, â€œsprintâ€ from standstill to 100km/h in some 17 seconds. Predictably, Mercedes-Benz quickly carted out the lawyers to file a suit against Shuanghuanâ€¦ 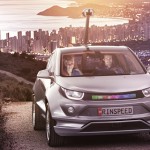