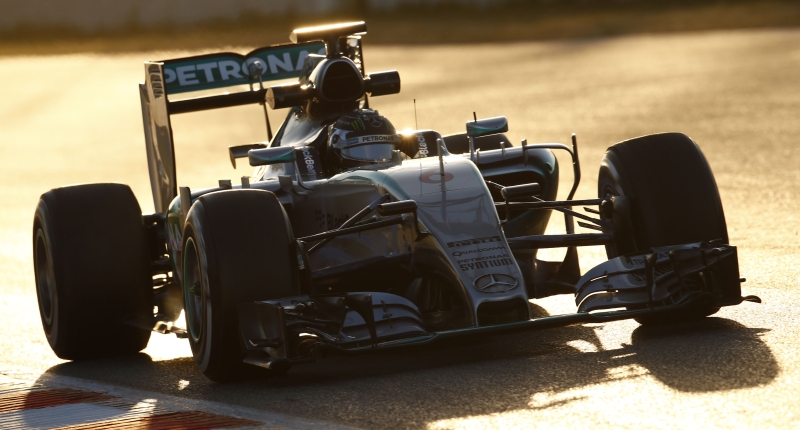 This weekend marked the end of the final Formula 1 test of 2015, with the first race in Australia just under two weeks away now. We cover the news from Barcelona.

In the States meanwhile, Atlanta hosted the NASCAR Sprint Cup series this week. The weather suited ducks a bit more than stock cars, so we’ll see how that went.

There are also a few alternative videos, from the likes of the V8 Supercars series in Adelaide, another particularly interesting event in the same city, as well as this chap who hilariously and rather dangerously, drove an opponent into a wall.

Nevertheless, without any more delay, here’s those crazy moments you missed in motorsport this weekend.

Three testing sessions later and the world of Formula 1 has fell silent again, but only for a few days. The cars will soon be running around the famed Albert Park circuit in Melbourne, Australia, and those countless kilometres done in testing will come in more than handy.

Mercedes has had the better run of it, with few reliability issues and plenty of speed. Ferrari has also enjoyed a relatively trouble-free run, and an impressively solid speed from the likes of Raikkonen and Vettel. They should make a great partnership going into this season. Williams has also been strong, carrying its momentum of last year through to the test, so watch out for Sir Frank’s famed blue and white cars.

Button and Alonso however did struggle quite a bit, with the latter sustaining a mild concussion at the previous Barcelona test, and Button not getting much running done, thanks to the reliability issues. Honda has only covered 177 laps at that too, while the Mercedes powerplant has done close to 7000 in the Lotus, Mercedes, Force India and Williams.

Ricciardo can say the same in the Red Bull, with the team covering just 359 laps in total, but Kvyat will be glad the car will give him a lot to work with.

Below are the final distance statistics collected by the FIA:

Total distance covered by team in the final Barcelona test:

NASCAR. There’s always some type of drama out on circuit or in the paddock.

Prior to the race, the race officials took to a Formula 1-style safety car lap-around, deeming the conditions a bit too unsafe to begin. With a few remarks from the drivers though, the race soon got underway, with Logano taking the lead and his confidence clearly at an all-time high.

Nevertheless, after a few cautions and Jeff Gordon hitting the wall in the midst of it all (he wasn’t best pleased), Jimmie Johnson came out on top to win his fourth event at Atlanta.

3. V8 Supercars’s Clipsal 500 will revert to traditional format next year

It was the traditional season-opening Clipsal 500 around the streets of Adelaide, and some in the crowd weren’t best pleased that there was a new format this year.

There were three races, with the final won by James Courtney and Jamie Whincup equaling Mark Skaife’s record of 90 V8 Supercar wins by taking the first event. The second race was won by Fabien Coulthard.

Next year’s event will feature two 250km races as opposed to two 125km races on Saturday, with one 250km event on Sunday.

4. How’s this for a support series?

And while the Chipsal 500 format wasn’t pleasing the drivers, Robby Gordon’s manic Super Truck series, brought over from the states to support the V8 Supercars event this past weekend, clearly pleased the crowd.

5. And this too…? Formula 1 takes to the streets of Adelaide once more

Don’t expect this to be a future fixture though.

6. And then there was this chap in a V8 Ute too

Adelaide got everything this weekend, it seemed.

Usually NASCAR drivers are involved in strange on-track tussles like this, but this time it was one of the V8 Supercars’ over support series — the infamous V8 Utes. These V8-powered trucks are scary as hell, and can mildly embarrass a good few other production cars in a straight line. 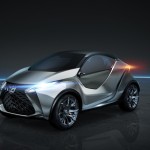