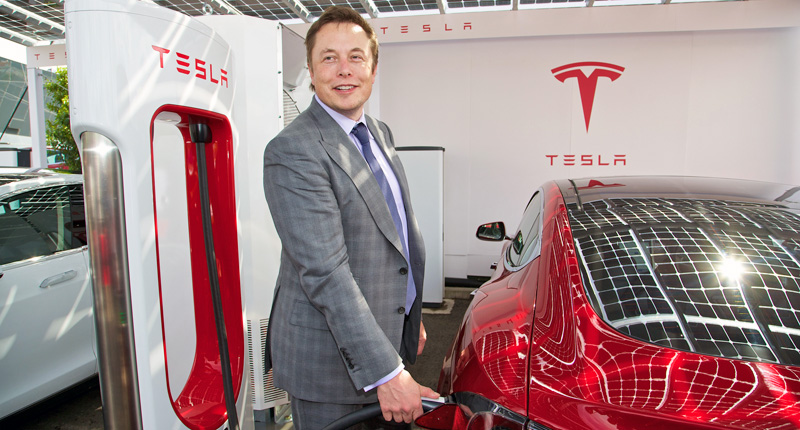 Elon Musk once said that developing a long-range, affordable electric vehicle was at the very top of Tesla’s list of long-term goals.

And the Model 3, which the 44-year-old Tesla Motors CEO promises will be unveiled to the no-doubt drooling public in March 2016, is intended to be that very car.

So, there’s plenty riding on the upcoming model, which will see the California-based electric car-maker finally move into a volume segment. In fact, it’s this vehicle – along with perhaps the Model X, to a smaller extent – that the brand believes will drive annual sales to the 500 000-mark by 2020.

Naturally, then, there’s been plenty of buzz about the vehicle (which will likely be stylised as “Model ≡”) that Tesla hopes to position as its first truly mass-market product. And while we can’t quite separate fact from fiction just yet, we can certainly provide some insight into whether or not these reports have substance.

1. It will have the lowest drag coefficient of any production car

The Tesla Model S boasts a drag coefficient of 0.24, making it one of the slipperiest production cars around. This, of course, allows it to eke out an even more impressive electric range by improving efficiency. But rumours suggest that the Model 3 will be even better at cheating the wind, with talk that Musk wants its drag coefficient to be lower than 0.20.

If Tesla does indeed manage to achieve such a figure, the Model 3 would bear the lowest drag coefficient of any production car, rivalling even the extreme Volkswagen XL1 (which comes in at 0.19). Thing is, such an approach would have a profound effect on styling.

But reports suggest that – besides focusing on the body-shape – Tesla could also tackle the task by employing a retractable single-blade windshield wiper and binning the side-mirrors in favour of tiny cameras (although the latter would require a change in law).

Verdict: Unlikely. Although Tesla’s chief designer, Franz von Holzhausen, has revealed that the Model 3 will bear more distinctive styling than the Model S, the company will not want to alienate fans with an utterly bizarre look (Musk himself said that “we’re not going to go super crazy with the design”). Still, we expect the Model 3 to be one of – but perhaps not quite the – slipperiest production cars around.

2. There will be additional body-styles available

Initially, it was widely understood that the Tesla Model 3 would take the form of a sedan targeting the likes of the BMW 3 Series. But lately there has been speculation that a crossover version – taking on the BMW X3 and friends – will also be available. Some reports even suggest that the model will furthermore spawn coupe, wagon, convertible, and even pick-up variants.

And they’re not entirely implausible. Indeed, in late 2014, the brand’s vice-president of engineering, Chris Porritt, told Auto Express that Tesla was looking at creating “derivatives which will appeal to all sorts of people”. And a slide from a 2012 Tesla presentation makes clear reference to a future crossover to be built on the Model 3 platform.

Based on a deleted tweet from Musk himself, chances are that this crossover will be badged the Model Y. But what about the various other derivatives mentioned above?

Verdict: Likely. Well, to a point, anyway. You see, while it would make a whole heap of sense for Tesla to grab a slice of the juicy compact crossover pie (without having to invest in engineering an entirely new platform), we just can’t see the brand building something like a pick-up at this stage, particularly on a compact sedan’s underpinnings. That said, if the Model 3 and Model Y turn out to be a resounding success, further variants are probable – just many, many years down the line. The Model S – particularly in P90D form, with Ludicrous Mode firmly engaged – is a bit of a monster, featuring supercar-embarrassing acceleration. Yes, this all-electric sedan is said to be able to blast from standstill to 100km/h in quite a bit less than three seconds. So, will the upcoming Model 3 be anything like its big brother?

Well, if the buzz is to be believed, the Model 3 will be quicker to 100km/h than the mighty BMW M3, which takes just 4.1 seconds in automatic guise. And this seems plausible, considering that the range-topper is expected to make use of a dual-motor set-up, proving power to both the front and rear axles.

But the base model – which is tipped to be priced from about $35 000, before government incentives – will probably have to make do with a single motor, in order to keep costs down. This derivative, which reports suggest will boast a range somewhere between 300km and 500km, will obviously not be nearly as quick.

Verdict: Likely. This one’s particularly tough to call, but we can certainly see Musk creating a flagship Model 3 capable of overthrowing the BMW M3 just to prove a point, even if he expects the base models to be the big sellers. A significant hurdle, however, will be vehicle weight, since Tesla has already confirmed that the Model 3 won’t use nearly as much lightweight aluminium as the Model S due to cost constraints.

Okay, so this one’s not so much a rumour as it is an explicit statement from the automaker itself. But we still believe it’s worth examining since Tesla has unintentionally built up a bit of a reputation for delays.

Indeed, production of the Model X has been repeatedly pushed back, while Tesla also failed to meet its intended delivery dates for both the Roadster and Model S. In other areas, too – such as the roll-out of battery-swapping facilities and solar-powered charging stations – the company has not quite met its stated targets.

Furthermore, production of the Model 3 depends largely upon Tesla getting its Gigafactory fully up and running, where it will be able to build lithium-ion battery packs in high enough quantities to substantially reduce cost. Thing is, even Tesla believes its Gigafactory will be fully operational only by 2020.

Verdict: Likely – but only just. Despite what history tells us, we reckon the first Model 3 will indeed roll off the production line somewhere towards the end of 2017. Why? Well, there’s so much riding on this new model – thanks to its potential to turn Tesla into a profitable company – that the automaker almost cannot afford to get it wrong. That said, don’t expect there to be a free-flowing Model 3 supply until well past 2020. 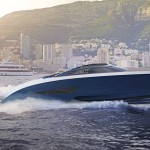