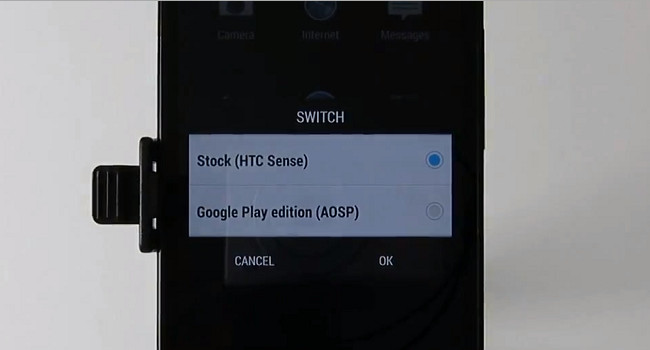 As Engadget reports, MoDaCo.Switch has been made available to the public for beta testing. This firmware makes it easy for you to switch between two versions of Android on the HTC One. Why? Best of both worlds, and because you can. So if you’re using HTC Sense and would rather switch to Google’s Play edition, you can now do so.

MoDaCo.Switch is simple, easy and you don’t have to risk losing data when flashing between the two ROMs. Secondly, it’s awesome seeing how someone managed to find a way of sharing apps across two different types of software.

It all depends on the user preference, as some of the differences between the ROMs could. for instance include slight changes in performance, battery life and camera. The camera’s user interface is usually better on the non-stock Android firmware, but only slightly. For better or worse, the camera UI differs between HTC Style and stock Android.

The keyboards are also a bit different with the HTC’s Sense 5 using all space for punctuation and other shortcut symbols. Stock Android, on the other hand, like the general UI is a tad cleaner and appears sleeker.

Another big difference is that, with the Google Play edition, you’ll receive all Android software updates faster.

Having the choice between running two different types of software would be awesome for anyone’s freedom of choice and as Android Central adequately puts it “users can now have their Android cake and eat it too.” There’s also a IndieGogo campaign wanting to bring Samsung’s Galaxy S4 into the mix as well. 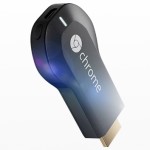