We’re not too sure what to make of AdDuplex‘s most recent blog post.

The company’s monthly Phone Statistics Report — which garners information taken from Windows Phone devices — sheds some light on a new Microsoft Lumia device boasting a 1080p 5.7-inch screen, which may or may not be the Lumia flagship we’ve been waiting for.

Such a large 1080p screen isn’t unheard of in a mid-range device — just ask Huawei or Samsung — but it does seem a bit weak, considering that it is the first Microsoft-branded Lumia flagship we’ll see launched.

The timing of the news, however, is extremely interesting. We’re just a few days away from Microsoft’s BUILD conference beginning on 29 April, and considering that the Nokia Lumia 930 (above) — the last Lumia flagship — was launched around this time last year, this should pique a few pundits’ interest.

The “RM-1085” will also run Windows 10 exclusively, the report notes, which is exactly what Microsoft had noted in previous Windows 10 announcements. And, with that noted, the device could very well see the light of day around June 2015 — the month that Windows 10 should be officially outed.

Have a look at the entire report below. 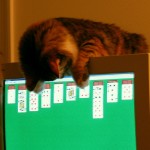