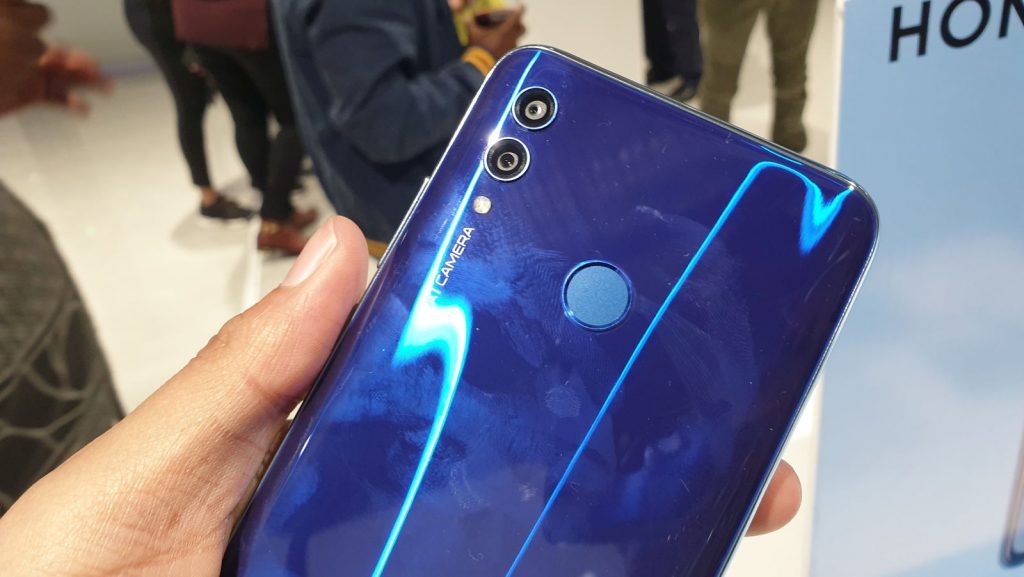 It’s been a difficult week and a half with the Honor 10 Lite. Lauded at its launch as the mid-range selfie-camera king, the phone has failed to impress me in this regard, and a lengthy list of others too.

In South Africa’s piranha pool of a mid-range smartphone market, it’s important as a device maker to differentiate your product from your competitors, offer something truly worth the cash you’re asking, and step on the toes of flagships thousands of rand more expensive.

The Honor 10 Lite doesn’t do this. For me, it was just another mid-range smartphone I was tasked with reviewing.

To its credit, Honor did nail the device in terms of aesthetics. The waterdrop notch is more visually appealing than the longer bar on the Honor 8X, and he shimmering sapphire blue finish on my review model is also a pleasant departure from the dreary black and white devices of 2017/18. 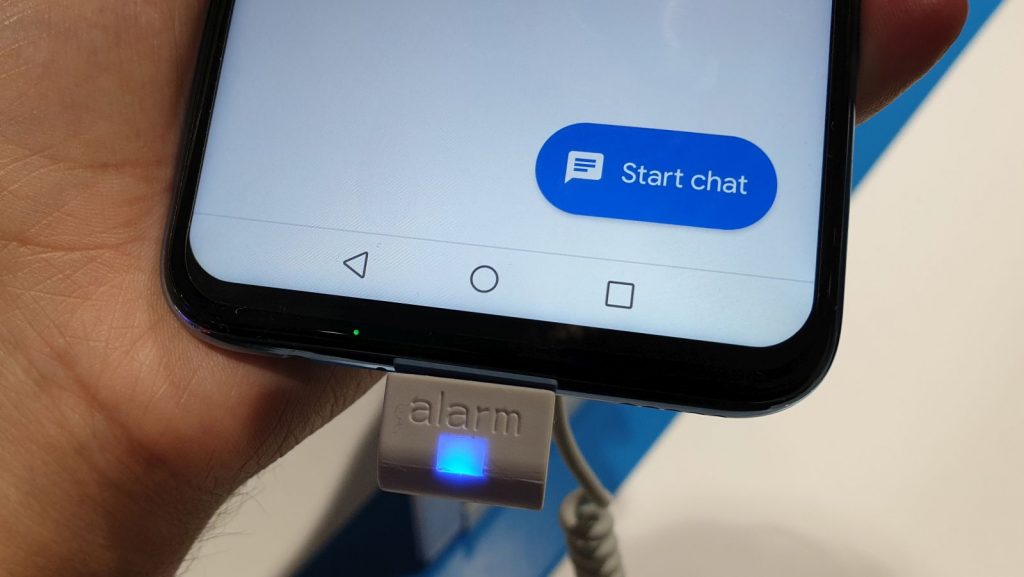 In the hand however, the phone feels cheaper than its R4599 price tag would suggest. The rear plate is plastic, and not the firmer variety used on the Huawei P30 Lite either. The included cover too is a nice addition to the overall box, but slapping it on adds a few more millimetres to the phone’s dimensions.

At the rear, two cameras jut out from its case, while AI CAMERA is emblazoned below it.

A headphone jack is included though, always a welcome choice on cheaper devices (or any device for that matter). And as for charging and data, it’s back to 2014. We have a microUSB port. I can’t quite understand this decision, considering this phone uses the same chipset as the P30 Lite.

Speaking of internals, there’s a Kirin 710 chipset, 3GB of RAM and 64GB of internal storage. While 3GB does sound miniscule for a 2019 smartphone, it’s more than enough to run Instagram, you email app, WhatsApp and Twitter simultaneously.

As this phone is a Vodacom exclusive at present, my review unit was a single SIM variant, even though said tray clearly fits two SIMs. This is a truly disappointing decision, considering that smartphone users in South Africa should be given the choice to bounce freely between the networks of their choice. If you travel frequently, this makes this device more of a crutch than a smartphone. For me, I use a data SIM and a call SIM. I could not use both with the Honor 10 Lite.

In terms of speed, the Honor 10 Lite does have a lot going for it. It boots incredibly quickly, while I only really experienced UI hitches and slow downs while using Instagram.

The device runs Huawei’s EMUI too, so expect similar UI to what you’ll find on the P20 Lite, P30 Lite and Huawei’s mid-tier devices. This is an advantage for those upgrading from said devices, but coming from stock Android, Samsung’s OneUI and other skins, it’s a bit of a learning curve.

Operations like changing your lockscreen wallpaper requires you to navigate a settings menu, while you have to actively assign a launcher as the default app in settings too. EMUI won’t simply boot into it. Average consumers who won’t care much about device customisation shouldn’t see this as a dealbreaker, but it’s worth noting how annoying Huawei’s software can be at times.

It’s also not short of bloatware too. The Honor 10 Lite comes with Facebook and its services preinstalled. Booking.com is also present, as well as Honor’s own app store which is pretty pointless if you have Google Play. I spent a good ten minutes uninstalling needless apps from this device, which take up space, run in the background and on occasion use data. It’s not needed, Honor. 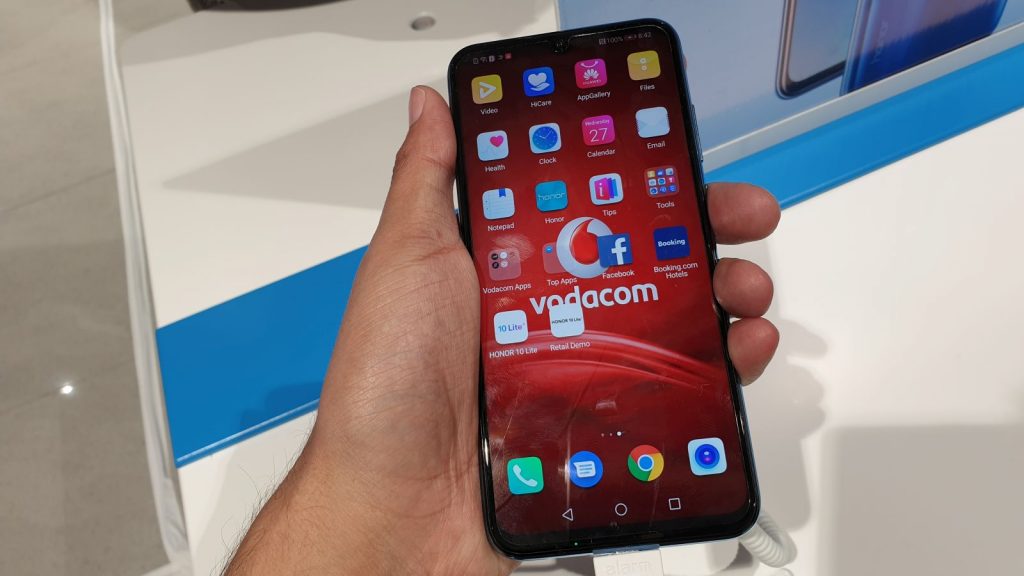 EMUI is also incredibly aggressive when it comes to battery management. While the Honor 10 Lite has a 3400mAh reservoir, EMUI still deems it fit to kill practically every app in the background, even if asked not to. Running Blokada or Tasker was impossible, as the phone would cull both from memory during sleep even after I deselected automatic battery management for these apps specifically.

Overall, I could siphon around a day and a quarter on one charge, with the screen and LTE standby draining the most juice. You can reduce this by dropping the display’s rendered resolution, and switching to airplane mode when LTE isn’t required. But you’ll likely not need to do this at all. Battery life is a positive.

The screen’s something I haven’t mentioned yet, but it features the same 2340×1080 resolution as the P30 Lite, Honor 8X and practically every other Huawei-stable device. For R4500, you shouldn’t expect a display that will offer deep blacks and beautiful, accurate colour reproduction. Still, it’s bright and visible in daylight, and is sensitive enough to accept my inputs, even swipes and taps that the former flagship Huawei P10 Plus struggles with.

It’s a 6.2 inch display too, so you’re going to be able to see each pixel fairly well. It’s distracting if you’re coming from smaller screens with higher pixel densities.

That said, it does have notable backlight coverage issues, particularly around the bottom edge and selfie camera’s notch. These areas, when displaying a white background will look decidedly paler, almost grey.

Finally, we should talk about the cameras, shouldn’t we? Honor really had us going with claims that this thing would be the selfie champion. Unfortunately, this couldn’t be further from the truth.

Yes, the 24MP selfie camera is adequate, but it’s not the best in its class. You’ll get clear images and plenty of extra pixels to work with, but even with beauty mode switched off the phone tends to oversoften skin tones. Colours are also strange. I’m decidedly lighter than I am on this phone than others, while other colours are duller, colder, tending towards blue rather than red.

The rear cameras are also pretty disappointing, albeit a bit better than the Honor 8X. While the latter struggled to focus in my hands, the 10 Lite would snap crisper images with better defined focal points than its more expensive sibling. 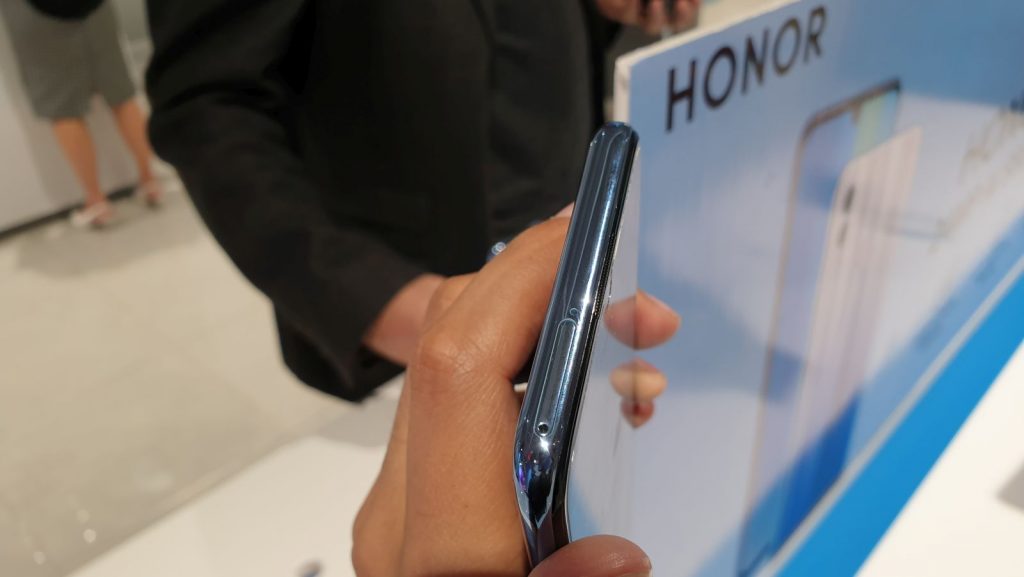 The Honor 10 Lite’s primary snapper actually excels while taking pictures of flowers. Colours are beautifully accurate, devoid of oversaturation. That’s something that these “AI cameras” generally suffer from. It falls short when snapping objects in motion though. Focus is sharp too, especially around 30cm from your subject.

For landscapes, you’re still getting a solid pocket snapper that you’ll be happy to share the results of on Instagram. Other objects and subjects, like food and dimly-lit restaurants, you may want to give this phone a miss. The Honor 10 Lite just doesn’t suck up enough light to give you usable snaps. Disappointing.

The shutter’s just not quick enough to keep wind-swept objects, often resulting in blurry smears. You may have some more success in manual mode, but I found that it didn’t aid much to use them on this phone.

It’s a 13MP f/1.8 snapper too, with phase detection autofocus and a 2MP depth sensor alongside it.

TL;DR: if you’re willing to put in a bit of work understanding this camera, its strengths and weaknesses, you can snap some quality pictures. But don’t expect it to perform like the snaps on its marketing deck straight out of the box.

Should you buy the Honor 10 Lite?

With the 10 Lite, Honor has a mid-range phone that doesn’t quite punch above its weight, in a market where numerous other devices could challenge it on price-to-performance. And I’m not just talking about computing speed here. Battery life, screen quality and camera quality should all be accounted for in this equation. 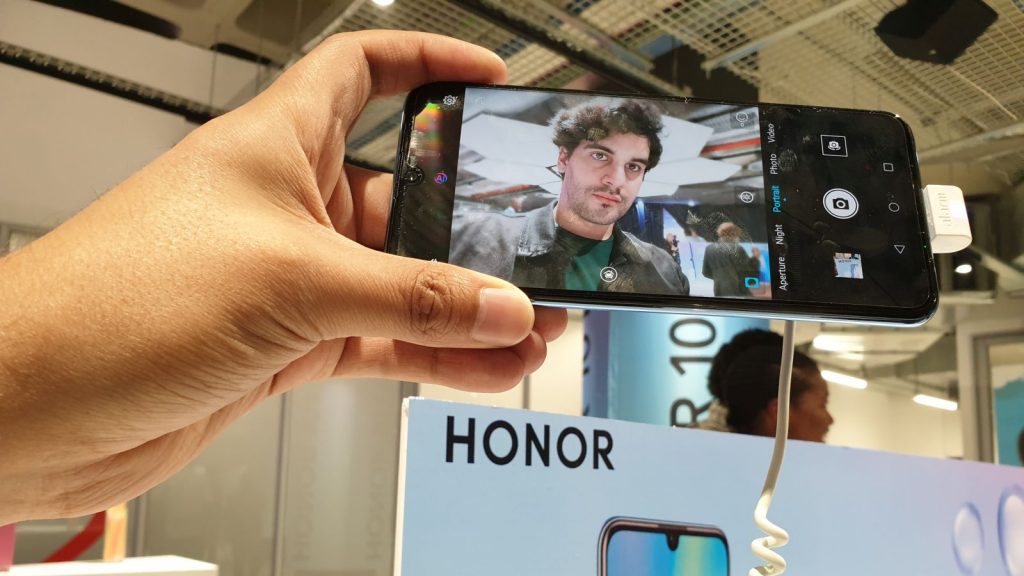 The biggest disappointment for me is the lack of a dual SIM variant in South Africa. Mid-range devices, even if they don’t boast best-in-class specs, should always afford the user this option. It’s a no-brainer for manufacturers, but South Africa’s networks are the real customer enemies in this regard.

While battery life is tolerable, it’s not as good as the R900-more Honor 8X and Huawei P30 Lite.

And finally, if only marketing was honest. The Honor 10 Lite’s selfie camera is not a reason to buy this phone. Not by any means. Its rear cameras however are worthy of your consideration.

So, should you buy it? No. Not unless the company launches a dual SIM model in SA. This might be after its exclusivity with Vodacom breaks. But for now, it’s just not worth it when competitors in its own stable — the 8X and P30 Lite — offer this, and so much more, for a slight premium. 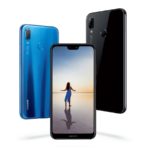