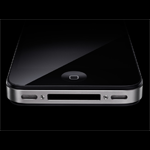 Apple CEO Steve Jobs revealed the new iPhone 4 at Apple’s Worldwide Developers Conference in San Francisco on Monday evening, calling the redesigned gadget the “biggest leap” the company had taken since the launch of the first iPhone.

After tech blog Gizmodo unceremoniously leaked pictures of the new iPhone prototype a few months ago, Jobs’ was looking to turn up the hype. Jobs acknowledged the leak by saying: “Some of you have already seen this.” Gizmodo failed to crack an invite to the sought-after announcement.

Some of the key changes to the new phone include a higher resolution display Apple is calling the “Retina Display”. Apple says that this is the “sharpest, most vibrant, highest-resolution phone screen ever”. With a 960X640 resolution at 326 pixels-per-inch, it’s four times as many pixels as the iPhone 3GS.

This, according to Gizmodo, is a higher definition than even your typical printed magazine. Many apps will automatically look sharper on the new phone, although some may need to improve the resolution of their graphics.

Apple says the screen is made from the same materials used in helicopters and high-speed trains, and is “chemically strengthened” to be harder, more scratch resistant, and more durable.

This is also the thinnest iPhone. It is 24% thinner than the iPhone 3GS. There are now split, stainless steel buttons for volume. The phone comes with a 16GB or 32GB flash drive, available in black or white like the iPhone 3GS.

There’s a five-megapixel still camera with an LED flash and video at up to 30 frames per second via the front camera.

The device supports video calling via the front camera, which Apple calls “FaceTime”. A fairly common feature and activity in developed Asian countries on other phone makes for some time now, Apple reckons “people have been dreaming about video calling for decades”. Users will also be able to video call iPhone 4 to iPhone 4 over Wi-Fi. iPhone 4 introduces multitasking, allowing you to switch between apps, without slowing down the performance of the foreground app or draining the battery unnecessarily. Apple calls this a “smarter approach to multitasking”.

It means a user could listen to audio from an app while checking email, surfing the web, playing games, and performing other tasks. Multitasking also makes it possible to receive VoIP calls while other apps are running, even when your iPhone is locked.

There’s also good news for apphiles with pages and pages of downloaded apps. You can now declutter your phone and organise your apps into folders. To create a folder, a user touches and holds an app until it wiggles, and then drags it onto another app. Each folder can hold up to 12 apps, with a limit of 180 folders in total.

The phone now also comes with a three-axis gyro as well as the standard accelerometer to detect movement on several planes.

The device will go on sale on 24 June in the US. Full specs here.