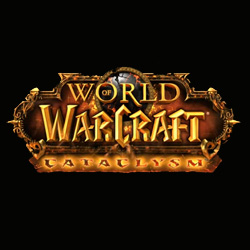 Game developers Blizzard have announced the release of Cataclysm, an expansion pack to the wildly popular game, World of Warcraft (WOW). The anticipated release was showcased with a rich and enticing cinematic trailer during a NFL game in the USA — a clear signal of how seriously Blizzard is taking the marketing campaign behind the expansion.

The clip was additionally posted on YouTube where it has gone viral, accumulating over four million views within the first four days of its release, and proving that its adoring fans are chomping at the bit to get their hands on the expansion.

The storyline of the trailer follows the rise of a demonic dragon named Deathwing the Destroyer marauding its way through the World of Warcaft, and devastating all in its path, which results in the inevitable Cataclysm.

Pre-existing villages are seen being obliterated and altering the landscape, which allows the opportunity to redesign game regions for new quests to be experienced.

The cutscenes doth foretell an immersive gaming adventure and come the 7 of December, I know which quest I will be embarking on.