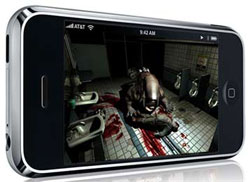 While it’s fun to comment on which new shooter will capture the imagination of hardcore gamers this year, there are wider trends and factors which are impacting the gaming environement in 2011, making it one of the most innovative and exciting arenas of the digital landscape.

Here are six areas where gaming is undertaking a quantum leap.

This goes for all app developers out there, not just in the gaming industry: Wake up and smell the Android! Smaller gaming franchises are welcome to pick one category of smartphone and play to its particular strengths (and consumer spending patterns), but for bigger titles, consumers will not forgive you for being iPhone exclusive. If Android phones are outselling iPhones in big, First World markets (and recently, they are), then we can at least expect to see some better quality gaming (on both platforms) in the year ahead.

3D gaming is already a reality for an elite number of PS3 owners (those who own 3D-capable TVs), but this could be the breakthrough year for a technology that has struggled for mainstream acceptance since the 1950s.

The reason? Nintendo’s 3DS handheld system launches this year (around March) with specs-free 3D as its killer feature. That’s right, no glasses required. Demoed at last year’s E3 consumer expo, the word on the street is that 3DS is ready to go, with none of the iffy user experiences already being attributed to Microsoft’s Kinect.

Kinect launched last Christmas, and while this journalist has not savoured its hands-free, motion-controlled delights, others have and the verdict is… let’s wait and see. With every firmware update, Microsoft’s powerful new technology will become more stable and crucially, more fun to use. Until then it’s up to developers like Harmonix (Dance Central) to make entertaining titles which make competent use of the technology where others have failed.

Hands-free technology is extremely important, if not necessarily for the future of gaming, then almost certainly for the future of personal computing. In fact, it’s almost inconceivable that the interfaces of the future will be operated by physical hardware. In launching Kinect, Microsoft has given us a primitive sneak peek at our digital future. Now all they have to do is release good games for it and make money.

I’ve written about gamification before, but as Brendan McNulty correctly pointed out, there is much more to this powerful movement than adding high scores to news websites and social networks. Gamification, in short, is the use of game mechanics to make non-game platforms more engaging and ‘sticky’ to their user base.

The massive popularity of social gaming (i.e. Farmville) has made it apparent that non-traditional gamers are just as susceptible to the pull of gaming incentives and rewards as hardcore fanboys. Only now are big ticket web companies beginning to realise that gamification is a fundamental consideration in how they develop their services and websites for a mass market.

Look no further than Jesse Schell’s paradigm-shifting talk at DICE 2010 to perceive the outlines of a gamified, incentive-driven future that goes far beyond people who play Mario Kart.

By far one of the best things to happen to gaming in 2010 was the iPad. With the first challengers to Apple’s tablet computing throne only coming into play this year, a hell of a lot of developers’ creativity was poured into one single marketplace. Sure, the iStore is still inundated with cash-ins and some truly terrible games, but freed from complex control schemes (i.e. Xbox 360 and the PS3) and wonky hardware (i.e. Kinect), we’ve seen some beautifully executed games on this sleek device.

This year, expect to see board game publishers, who were seemingly left behind by the video game revolution, flock to a platform which is gorgeously suited to the purpose of bringing their tried-and-tested games into the 21st Century. Already, Smallworld and Carcassonne have shown how this can be done competently.

Samsung’s ambition in the tablet market may be very real, but until they get killer gaming apps in the league of RealRacing, Osmos HD and Angry Birds in their corner, they will struggle to make headway against the iPad.

Brushes with the law

This year, the US Supreme Court decides on Entertainment Merchants Association vs. Schwarzenegger (yes, the self-same former governator), to determine the future of video game censorship in the USA. It’s a complicated saga, which began in 2005, but basically the man made famous as The Terminator tried to ban the sale of certain video games to anyone under 18 years of age in California. The reason why game developers were so upset by this, is that it indicated preferential treatment for all other forms of media, including films, which are not subject to the same laws in that state.

Upholding such a law in the US’s most populous state would have a knock-on effect both in that country and around the world, where older generations have long been concerned about the prevalence of violence in video games. Harsh censorship in Australia and Germany has also contributed to a global climate of reciprocal scepticism between hardcore gamers and their representatives in parliament.

Expect more of the same in developing nations over the next few years as the influence (and opportunity) of gaming in the rest of the world becomes more and more apparent.

Of course, we’ll see the usual winners and losers among the big console players, and between the gaming industry’s big publishers, but for 2011, the bigger story is mostly taking place outside what we traditionally consider to be the gaming industry.