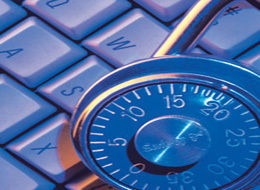 Everyone hopes that their New Year will bring a renewal of good fortune. And in my experience, the feeling of optimism that comes with the 1st of January tends to last a few weeks before reality sets in and you realise that your life hasn’t really improved that much — and is unlikely to improve much — since last year.

There are the exceptions of course. Some people really do get lucky and end up with a much better year than the last. And then there are the others, who see their fortunes going from bad to worse.

Japanese tech giant Sony must fall squarely into the latter. Its PlayStation 3 (PS3) has been one of the most secure gaming consoles ever. As a long time gamer, I can’t ever remember a gaming console lasting more than a year before some industrious hacker put together a string of ones and zeros which made it possible for people to actively pirate software for that console. The PS3 was launched in 2006 which means it has enjoyed four years free of piracy. Surely that’s a record.

Now that age of PS3 security is over.

A crew called Fail0verflow accomplished the PS3 hack, and the nature of what they have done is quite all-encompassing. Essentially the hack will allow other hackers to create custom software for the machine, going as far as taking complete control of the machines basic operating system. I lack the expertise to speak to the validity of that claim, but if it’s true, it essentially means that the PS3 is now as open as any PC and what you are able to do with it will be limited only by the machine’s hardware.

Piracy issues aside… how is this a bad thing?

I’ve always been a proponent of the idea that if you buy something, you should be allowed to do with it whatever you like, within reasonable limits. That is essentially the backbone of innovation. People tinkering around with stuff until they figure out how to do more/new stuff, right? A large part of the PC industry is built on that very concept. I am hopeful that this new openness to the PS3 will bring about some new and unexpected innovations for the machine.

A more interesting question though, is why it took so long for the hackers to break the PS3 in the first place? Fail0verflow offered this explanation: “When the PS3 first launched, hackers and hobbyists were able install a Linux operating system on the machine through the OtherOS functionality. This limited level of openness meant there was never a need for hackers to look at the PS3’s security, because they could already take advantage of the machine’s hardware using Linux as a tool.”

Now it goes without saying that there were efforts to break the PS3 for piracy reasons prior to the removal of OtherOS, but that action was like kicking the hornet’s nest, serving only to intensify scrutiny of the machine’s security. Sony had effectively taken away something that many people had paid for. Breaking the PS3 was now a challenge and the hacker community took up the gauntlet to re-open that which was closed.

But still, why did it take so long? Rob Fahey of Gamesindustry.biz offered the following explanation:

“Bluntly, it seems that there’s a two-tier system in place in the hacking community – there are the seriously clever, inventive people who investigate security systems and uncover their flaws, and then there are those who take those flaws and build products (mod chips, firmwares and so on) which exploit them for the purposes of piracy. While Sony maintained Linux on the PS3, those in the former group steered clear, for the most part – and those in the latter group simply weren’t talented or knowledgeable enough to crack the security on the console.”

The lessons herein for the console manufacturers are two-fold. Firstly, no system is truly secure. Eventually it will be broken into. The second, more important lesson is this. If you offer the hackers the ability to use your machine any way that they choose, and that action keeps you safe from piracy for four years, then that is a pretty good deal.