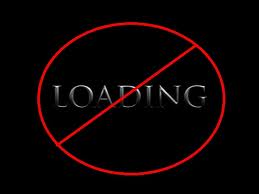 I’m not usually one to be a show-off, because history has shown me that whenever I try to show how cool I am, inevitably the fates, or whatever, decide to knock me back down. Case in point. A few weeks ago I had a bunch of friends over and decided to brag with my new PlayStation Move.

I hadn’t had a chance to use it at all myself, so unpacking it was a fresh experience for both me and my green eyed audience. I am meticulous about unpacking gadgets, always taking care to note how everything is placed in the box, so that I can repack it that way should the need arise. Which means that everything takes at least ten minutes longer than it needs to.

I carefully removed the Move and Eyetoy from the box, taking mental snapshots of how the wires were folded and where they were placed in the box. I started this process at about 19h45.

At 20h05, I was satisfied that everything was unpacked properly, eliciting a minor cheer from my gathered mates. Time to connect all this stuff to the PS3. Plugged in the Eyetoy, set its lens to wide angle as instructed; synced up the Move via USB cable. Calibration went off without a hitch.

The entire process from unpacking to sliding in the first game took about 45 minutes. Determined to still look cool, I picked Heavy Rain: Move Edition as the first game we would try. At this point everyone was ready to get some game on. The disc went in and started to boot and… an update needs to be downloaded and installed. A collective groan sounded off in my living room. After 10 minutes of the update downloading, the group decided to forget that game and move onto something else.

I ejected Heavy Rain and slipped in The Fight, a game with a 48 average on Metacritic, but by that point, I was determined to play something. Anything. Unfortunately, determination did not materialise into results. The Fight needed to be installed or updated or whatever.

At about 23h15 I did eventually end up playing something, albeit by myself, my friends having given up on the entire exercise. Any chance of my cool factor increasing evaporated with their departure.

I mention this story, because I find it incredibly ironic that the most powerful gaming console ever built is the one that is returning me to the days of waiting before I can actually play my game. A colleague noted in a review he did for DC Universe Online for PS3 that three full days passed from the moment he put the disc in until he actually starting playing, thanks to installs and updates. And before I am branded an Xbox fan boy, I don’t appreciate that console delaying my instant gratification with updates either. But you have to agree, the issue is worse on the PS3.

The entire debacle took me back to my old Commodore 64 days. Back then, games came on cassette tape, and there was nothing unusual about waiting an hour for a game to load. And I don’t mean install for the first time, no, I mean every single time you played. It was the norm for my brother and I to start loading Turrican, Bomb Jack or (the best fighting game ever) International Karate and then go play outside with our bikes or something, only to return home and then play some games. Or not, sometimes there was a load error. It is probably why I moved to console over PC for my gaming fix. It was just too much effort to go through to play a game.

This isn’t a problem I see going away anytime soon, especially given Sony’s need to keep the PS3 Hack under control. We will constantly be seeing updates to ensure the machine security. But the main problem though, relates to specific updates for games and mandatory installs. I am no engineer, but I am pretty sure mandatory installs can be done away with.

Updates? That is a topic for a future post.

Ultimately, games have taken a step backward as far as making us wait is concerned. And I have yet to hear a sound technical reason for it that has satisfied me. And even if that reason did exist, I still wouldn’t like it. After all, this is a PS3 I am playing, not a Commodore 64.