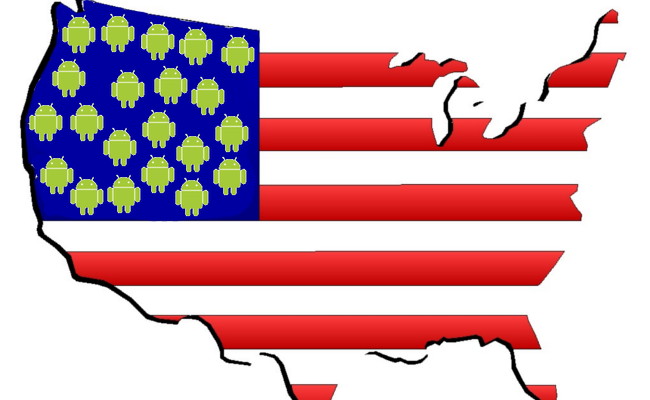 Smartphones powered by Google software widened their lead on BlackBerry handsets in the US market during the first three months of the year, industry tracker comScore reported on Friday. At the same time, Android is growing quickly in Europe, taking market share from Symbian.

Android smartphones dethroned BlackBerry in January by capturing 31.2 percent of the US market and that share grew to 34.7 percent by the end of March, according to comScore.

BlackBerry handsets made by Canada-based Research In Motion (RIM) lost ground in the quarter, ending March with 27.1 percent of the US market. Apple was close behind RIM with iPhone running on the California company’s mobile platform commanding 25.5 percent of the market, according to comScore.

Samsung was the top handset manufacturer overall with a 24.5-percent share of the US market, comScore said, followed by LG with 20.9 percent, Motorola with 15.8 percent, RIM with 8.4 percent and Apple with 7.9 percent.

According to comScore, 234 million Americans owned mobile devices at the end of March and the number of smartphones owned climbed 15 percent to 72.5 million.

The surge in Android uptake is starting to reflect in Europe as well, where Nokia has long held the overwhelmingly dominant position, but has seen market share slip quickly. According to ComScore, Symbian’s stronghold on the European smartphone market loosened in 2010 as other platforms gained traction.

Symbian saw its smartphone market share decline from 63.0 percent in December 2009 to 47.8 percent in December 2010, while Android consumed the largest portion of Symbian’s market share, growing more than 10 percentage points to 11.9 percent of the smartphone market at the end of 2010. Apple also saw its share grow considerably, from 13.8 percent to 20.0 percent, while RIM grew marginally to 8.6 percent share.