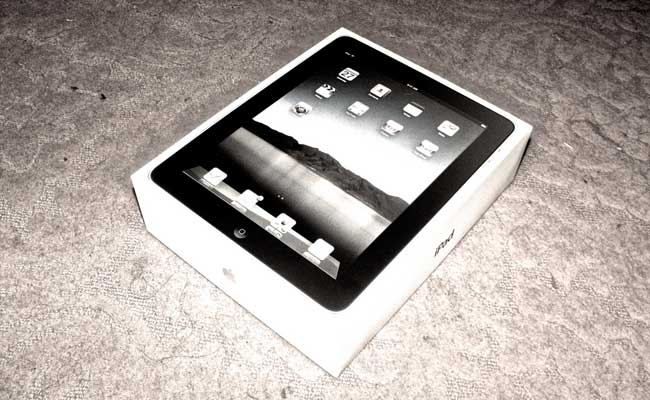 They’re not only gagging to get their iPads – they’re willing to spill blood for one. Four people were taken to hospital and a glass door smashed as a near-riot broke out at Beijing’s top Apple store among crowds rushing to snap up the popular iPad 2 tablet computer, according to state press.

Angry consumers began rushing the store on Saturday afternoon after a “foreign” Apple employee allegedly stepped into the crowd to push and beat people suspected of queue jumping, the Beijing News said.

After the employee retreated back into the store, a crowd of consumers smashed the glass front door and shoved security guards as they surged forward in anger over the alleged beatings, the report said.

Consumers have lined up for hours at Apple stores in Beijing and Shanghai since the iPad 2, the updated version of the tablet computer, went on sale in the world’s biggest Internet market on Friday.

The store in Beijing’s chic Sanlitun commercial district closed early Saturday because of the altercation, but according to a voice recording on the store’s phone was open for business Sunday.

Apple officials were not immediately available for comment when telephoned by AFP.

Police were investigating the incident and have interviewed four people hospitalised with injuries, the Beijing News said.

Lines for the popular iPad 2 have grown so long that people have begun selling their places in the queue, while a secondary market has also developed with consumers reselling their tablet computers for profit after leaving the store, the report said.

Late Saturday, the store posted a notice saying that queue jumping and the unauthorised sales of Apple products would not be tolerated, the paper said.