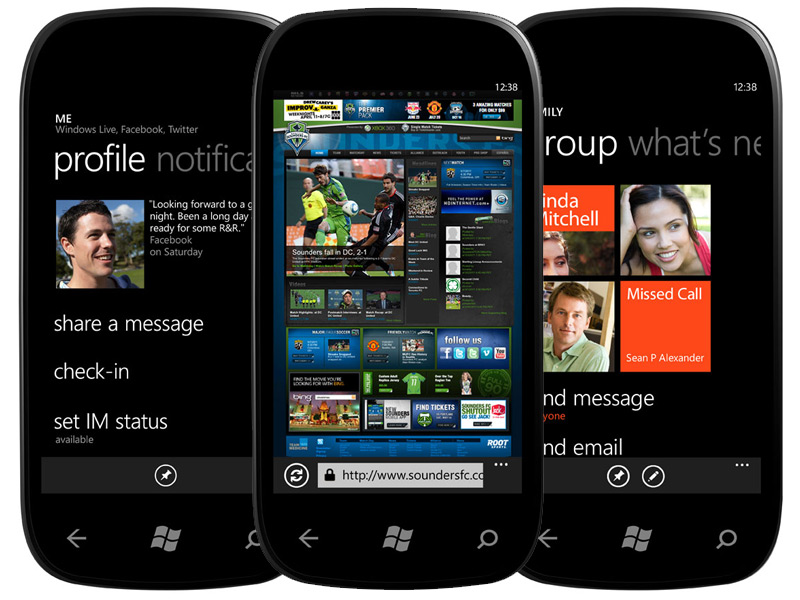 Microsoft unveiled the latest version of its mobile phone software and new handset partners on Tuesday as it seeks to claw back market share from Apple and Google. Microsoft said Mango will be available for free to existing Windows Phone 7 customers and will ship on new phones this fall from Samsung, LG and HTC and new partners Acer, Fujitsu and ZTE.

Microsoft said it is also working on a Mango handset in its labs with new partner Nokia, the Finnish mobile phone titan which announced in February it would begin using Microsoft’s platform as its smartphone operating system.

Mango comes seven months after the release of the first smartphones running Windows Phone 7, which were well received by industry analysts but failed to catch on with the public.

When Mango-powered phones do eventually hit stores this fall they’ll likely be facing competition from a new iPhone from Apple and the latest versions of handsets running Google’s Android software.

“Today is a bit of a preemptive strike by Microsoft,” said Gartner analyst Michael Gartenberg.

“From the technology point of view it looks very, very good,” Gartenberg told AFP. “But it’s not solely about the technology. It’s about who can educate and evangelize the customer better.”

“The Mango update contains a mixture of new capabilities that provide some differentiation for Microsoft’s platform, but many of the touted additions are merely keeping pace with the competition,” Golvin said.

“These improvements continue to reinforce the viability of the platform, as does the Nokia deal,” he said. “However it will be challenging for their manufacturer and operator partners to differentiate their Windows Phone 7 products based solely on these improvements.”

Andy Lees, president of Microsoft’s Mobile Communications, who presented Mango to reporters at a preview event in New York, said the objective is to “make smartphones smarter and easier for people to do more.”

Mango can show multiple email accounts in a linked inbox and is also capable of displaying the thread of a conversation — whether it be by text, Facebook chat or Windows Live Messenger — in a single window.

“(Mango) organizes information around the person or group people want to interact with, not the app they have to use,” Microsoft said.

A Bing search for a movie, for example, will show movie times and theater locations and the option to connect to a Fandango application to purchase a ticket.

Microsoft provided a display of the speed of Web browser IE9 by comparing the time it took to load a Web page on a Mango device, on a BlackBerry from Research In Motion, on an iPhone 4 and on an Android device from HTC.

According to Gartner, Android will power nearly half of the smartphones worldwide by the end of next year with a 49.2 percent market share.

The market share for the iPhone’s was forecast to remain relatively stable at 18.9 percent in 2012.

Windows will account for 5.6 percent of the smartphone market at the end of 2011 but will rise to 10.8 percent in 2012, according to Gartner.