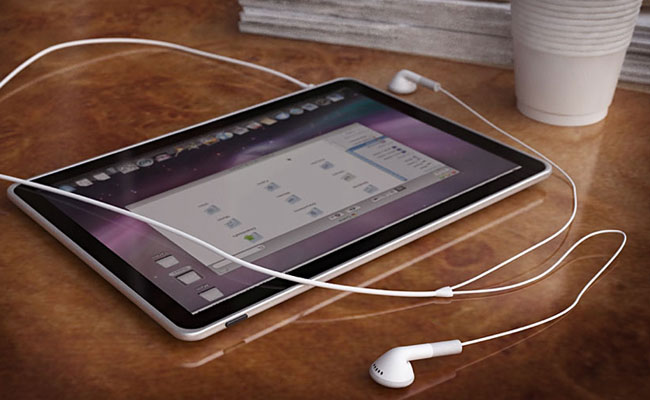 Once we acknowledge this simple truth, Apple’s dominance with the iPad makes perfect sense. In 2011, we still tend to debate the necessity of a tablet computer in our lives. It’s an auxiliary device that we may choose to aspire to beyond the foundations of our basic gadget pyramid of needs: smartphone and laptop/desktop computer.

What beggars belief then, is the fashion in which the world’s most powerful technology companies continue to approach tablet production. Unlike Apple that released a polished, if basic, product at launch, a sense of mass hysteria caused competitors to knee-jerk unfinished copycat products onto the consumer market.

To many consumers the word “iPad” is indistinguishable from the word “tablet”. If a consumer walks into a store the sales rep faces a gargantuan task of hawking a tablet other than the iPad, especially if it’s more expensive. How would a sales rep set about differentiating the tablet products currently available? Hardware features? Unlike the PC market where hardware features are still differentiators, the first iPad succeeded despite being a modestly specced, casual consumption device. Even so, today the iPad 2 is class leading.

The critical key differentiating factors for tablets are function, and content eco-system.

In terms of function, companies’ rushed response of kludging Android for smartphones onto tablets was putting the horse before the cart, and as Google responded with Honeycomb, it was clear that it was a beta product at the Motorola Xoom’s release. Even today, Honeycomb is seen by many as unpolished, with the source code not yet available to the world.

It’s clear that Google is attempting to emulate the same “always beta” approach that proved successful for OEM smartphones on tablets. This approach however, doesn’t really seem to be paying off because, unlike “need-to-have” smartphones that are now outselling feature phones, tablets have a “nice-to-have” aura, and a compromised user experience is not an option.

If we look at completely integrated content eco-systems, none exist beyond that of Apple’s iTunes. Fragmentation notwithstanding, if I own an Android tablet, I get apps from the Market Place, and music, books and movies from somewhere else. Google today however, announced at its Google I/O event, that movies are coming to Android Market, which is indeed a stride towards an integrated content eco-system. Google also announced Music Beta, which isn’t a service for buying music, but rather a service for storing your existing collection in the cloud similar to Amazon’s Cloud Player. While Google is making inroads toward integrating media services for its consumers and demonstrating a renewed vigor for tackling its OS fragmentation issues, once again Google is taking the beta approach with movie rentals rolling out in stages and Music Beta being an invite only service for now.

If the form and function among tablets are so similar, releasing a half-baked OS and an IOU for future features makes the choice a simple one for consumers. Additionally, an environment that doesn’t unify app, music, book and movie access is the rotten cherry on top.

Competition remains critical both for innovation and consumers alike, so as Google evolves Honeycomb and its eco-system towards maturity, who can we cheerlead to give Apple the best run for its money?

Despite falling into many of the same pitfalls of Google and launching with an unpolished OS, and lacking content eco-system, RIM’s small form factor BlackBerry PlayBook has an unlimited BlackBerry data plan, enterprise appeal and the Swiss army knife QNX platform with additional Android support going for it.

HP’s TouchPad looks like it will have a design sophistication and polish rarely found in modern tablet OSes thanks to WebOS. In addition, HP is paying attention to integrate its tablets into its gadget and cloud service eco-system from the start, and is rumoured to be launching with a music service.

Despite being yet another tablet running on the Android platform, Amazon’s rumoured tablet could differentiate itself by offering an integrated content eco-system by tapping into the company’s own music, book, movie and custom Android App Store services.

For its sins, the tablet industry is still a nascent one, and as the world’s best technology companies continue to compete for dominance, it’s clear that those left standing won’t be the those with “also-have” strategies, but rather those with products and services that blow minds.