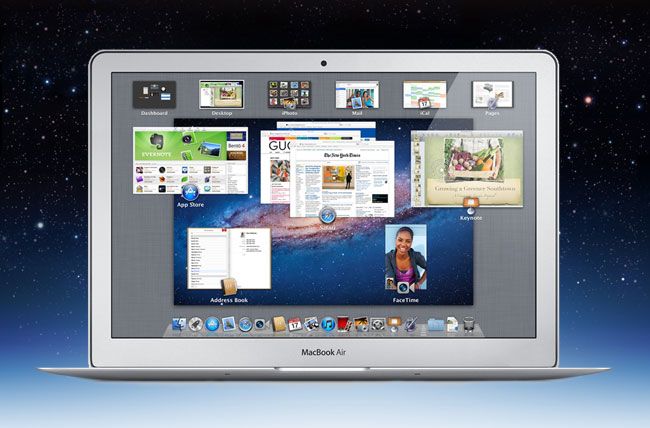 Apple has done it again – it has an amazing knack of taking technology that’s been on the market for years, packaging it, integrating it, and presenting it to the world as a revolution.

While Jobs-haters have a point that Apple has done very little in the way of actual innovation (name almost any Apple technology and you’ll find a non-Apple variant that predates it significantly), the company has the magical ability t 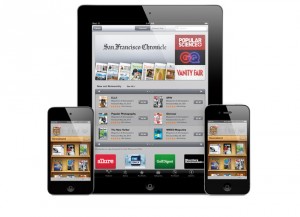 o make it work. Seamless, easy, intuitive – and cleverly integrated so that it’s so much more than the sum of its parts.

There are a host of new features and options in the various Apple technologies buzzing this week. iOS 5 has some brilliant new innovations. The new version of OS X, Lion, looks particularly hot. A good short roundup of major features is posted at TechCrunch, although you can safely ignore the foolish opinion that iMessages is a BBM-killer that ‘sticks a dagger in SMS’. In fact, Lion makes Windows 7 just look silly – bloated, slow and laggy, and with a terrible user interface that hinders where it means to help, and fails in getting the basics right. And it has almost no cool features.

There are three big-picture revolutions in what Apple is doing with iOS 5 and iCloud – in some ways amazing, but also in some ways claustrophobic in their stricture.

1. War on the File System

What’s new: iCloud cloud-based document, music and image storage, along with app settings and preferences – transparent across any Apple device registered to an account.

Who did it before: Who didn’t? DropBox and similar services provide cloud-based storage. Way back in the nineties Novel had ZENworks to allow a device anywhere on the network to have cloud-based transportable preferences and configuration. Microsoft launched cloud-based Office sync/storage in 2008 (ish), and full-blooded Google Docs appeared in 2006 (ish). Mp3.com (then mp3tunes) did the music locker thing in 2000, and Amazon and Google launched cloud-based music systems months back.

So what did Apple do right? If you own the content creation and presentation tool (word processor, email client, calendar app, music ripper/player), and you can bake the access mechanism into the OS you have total control over, then your user has no extra step to take, no hurdle to jump over to go cloud. On top of this, Apple has got the music labels on-side.

Apple has always loathed MobileMe – their pre-existing storage cloud. “We’ve been working for 10 years to get rid of the file system,” Jobs was quoted as saying.

iTunes and iPhoto were the start of the full-blooded assault on standard file storage, where a user’s music or picture files were sucked from their hierarchical directories into a whirling machine that gobbled them up, and spat them out onto a silver salver, allowing the user to access them only through Apple’s content management/presentation system.

Which is great – assuming iTunes is the only music player you use, and iPhoto the only picture viewer. Or that you don’t want to copy them to another environment. The velvet handcuffs snapped shut. What? Whazza? Where? Where’d my music folders go?

They were partially re-opened when Apple grudgingly moved the bar back, with the “organise my music” option unchecked by default in iTunes. But the writing was on the wall. Meta tags, not filenames. Categories, not folders. Closed datastores, not open file systems.

Now, with iCloud, you no longer have a file system which manages folders in which discrete data files are stored. You can’t browse the directory, or access the files using anything but the apps you’re allowed to use by Apple.

You create a document in iWorks, and iWorks will sync it to the cloud. Awesome, you can then access it with any iDevice. Or one day with some other device of your choice, with the workarounds you manage to hack together. Or, at some stage, third party app developers will be able to use the iCloud Storage APIs to allow access. But they have a steep hill to climb, and the door can be banged shut in their face at any time should they displease Cupertino. 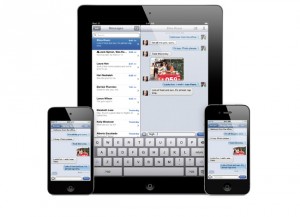 Why it’s good for users: OMFG is it simple to use. My grandmother could use it. Write, save. Open, use. Close, change device, open. Reading book, close, open on other device, boom you’re at the page you stopped at.

Why it’s bad for users: Your information is no longer yours, it’s being held on your behalf in a closed, proprietary system. Every step you take to use more of it is one step you take from being able to take it back, change OS, change environment, mix it up (I’d like a Macbook, HTC phone, Samsung tablet and to use Foobar, please). And let’s be brutally honest – every major cloud provider has at some stage had a massive data centre failure, causing users to lose (permanently or temporarily) their data. And let’s not even get onto US spooks rooting through it if you’re a ‘person of interest’.

2. War on Reasons to Pirate

What it does: iCloud-ed iTunes checks what music you have in iTunes, and keeps a copy for you, allowing access via any registered device.

What did Apple do right? There’s 18-million songs in the iTunes store, so the chances are that every song you have is sitting in Apple’s data centre somewhere. 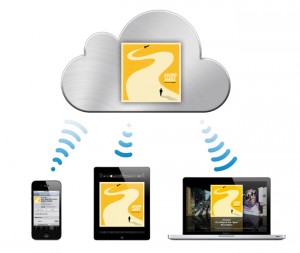 The genius in iCloud’s music storage is that the iCloud gives you 5GB free: your iTunes collection and 1,000 iPhoto pictures are not included in the total. Most normal users only have a gig or two (at most) of actual documents. The bulk of the data filling their drives is hundreds of gigs of downloaded movies, pictures… and music. Since Apple already holds the music in its store, all it has it do is keep a set of pointers for each user’s collection.

And the genius is the $25 per year for iTunes Match. Subscribe to this, and iTunes will scan your collection, and make sure you have a 256kbps good quality AAC rip of every single song available from iTunes store.

Why it’s good for users: iPod stolen, iTunes corrupted, music gone. Dodgy low-quality pirated music and keeping different devices synched is no longer a problem. In the grand scheme of things, this is a great move, where hordes of music consumers currently have no idea that they’re listening to awful rips – at least this puts the brakes on the slippery-slope of falling music fidelity. And it’s only $25 per year.

Why it’s bad for users: Now you’ve got a huge collection of music that will only play on AAC-friendly players. Long-term, it puts music publishers in a position where they will have to be in the iTunes store, or miss out – and have to accept wholesale Apple’s draconian pricing and revenue share. Long-term, other sellers of music and manufactures of players get frozen out by Apple’s virtuous but em-borgening circle.

What it does: PC Free allows over the air syncing, updating and content purchase via Wi-Fi without having to plug into a computer.

Who’s done it before: Arguably Android.

What did Apple do right? Diff’rent strokes, diff’rent folks. This is only applicable to iPod or iPad users (iPhone is somewhere in the middle) – it allows them to own these devices entirely independently of Apple’s personal computers.

Why it’s bad for users: It’s not. Although you can only get content OTA via iTunes store.

We can add one more flip to War on Cables, because it’s so cool… AirPlay Mirroring lets you stream whatever’s on your iPad 2 screen to any high def TV via Apple TV via WiFi, including pinching, zooming, etc. That’s cool.

Love the Tentacle
As the people of Earth did in the Futurama movie Beast With a Billion Backs, you must love the tentacle – it brings peace, harmony, convenience. But the only way to love it is to accept its total control over your life.

As with so much Apple, if you’re a fanboi, the ‘why it’s bad’ arguments above are specious and paranoid. If you think Apple is the devil wearing Prada, you will cling to your rooted Android phone and Ubuntu PC.

Consumers will keep switching, or going back for more, because the only viable competitor to Apple is Microsoft, and the Beast of Redmond is increasingly a clumsy giant lurching drunkenly from consumer-tech debacle to consumer-tech debacle (exception being Xbox). And hey, who knows, Office 365 and Windows Phone 8 may even not suck.

But I’m losing faith. And Lion looks so awesome. And so does iOS 5.