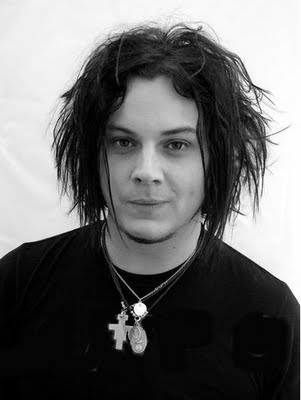 A piece is doing the rounds in muso and music lover circles – Jack White of the White Stripes and side-projects explains why producers master albums the way they do. Mr White is an interesting man, and gives his inside story of the makings of his albums, as well as going to bat for Vlad the Impaler, but commits three grievous sins: mixing “levels” and “loudness”, being pretty smug about how smart the engineers he uses are, and perpetuating the groupthink lie that louder records sell better. This is how it all started, in a post that went up in early 2010 — but has recently popped up again and is doing the rounds on Facebook and various audio forums right now (we needed a news angle, so there you go):

Sense and sensibility immediately part ways. Mr White is saying loudness but is talking about levels. The recording is mastered at a level, with an average somewhere near medium and maximum. The loudest possible level is 0dB. The quietest you could still hear? Call it minus fifty decibells. 0dB is also by no chance coincidence also the loudest possible level of an amplifier. At 0dB the is amp turned up all the way to 10. Or 11, if your dial goes that far. Blasting at full chat, anyway. Only one person controls the loudness that goes in your ears – the person who controls the volume knob.

War is loud
The Loudness Wars (as they are called) were launched based the fact that the music industry is convinced that if a recording is mastered ‘hotter’, it sounds better on the radio or in the music store when consumers hear it.

Instead of recording the natural highs and lows of a song, recording techniques since the early nineties emphasise loudness by heavy-handed use of compressors and limiters. These respectively push up the levels of quieter sounds, and cut the maximum level of louder sounds to squeeze all the noises made by instruments and voices together, and then push all of them up as close to the red line marked: “Don’t go above here, because if this was a vinyl record you were cutting, the needle would jump out the groove.”

The easiest way to see this is in the form of a picture. On the right is from Wikipedia’s excellent article on the topic:

This is the same song, Michael Jackson’s “Black or White”, remastered and re-released over three decades. Each time the music label’s remastering engineer has pushed up the compression and average levels to make the recording sound louder and denser.

We have to! We don’t have a choice!
The music industry is convinced that it has to engage in the Loudness War, otherwise it will lose buyers. There is no real evidence that this is true – in fact, there is more evidence saying the exact opposite. While radio listeners will prefer the louder mastering of a track when doing a direct comparison, when moving between different songs on different stations, a ‘hotter’ recording makes no difference in choice.

This video of a presentation given at last year’s Audio Engineering Society conference is instructional in its withering dismissal of these assumptions.

It’s bad. Bad. Bad.
Over-compression and high average levels does definitely do some bad things though – by pushing the volume levels of the recording higher and higher (resulting in consumers merely not twisting their stereo’s volume knobs as high), the music industry is killing music.

When everything is loud, nothing is soft – there is no variation between quieter and more passionate passages, no space for sharper, more transient instruments like drums or strong vocals to stand out. The music has less emotional impact, people love it less, and buy less of it. The strongest evidence for this (mentioned in above video) lies in the fact that in the last twenty odd years, there have been no smash-hit 50-million sales albums, despite a vast new global fan base.

The over-pumped modern recordings also cause listening fatigue – it sounds great for a while, but soon fatigue sets in. Sitting and listening to music for long periods of time becomes tiresome. So people do it less.

And some lose their hearing. Hearing damage is directly related to average sound pressure levels, and guess what’s been going up, and up, and up? At the same time, everyone is sticking earphones directly in their earholes. The result is a radical increase in hearing damage and tinnitus in the last ten years.

What are we losing by compressing and pumping up the volume?
The word that you will hear more and more, especially from audio engineer activists, some musicians and music lovers is Dynamic Range.

Modern recordings, instead of taking advantage of the full range from low lows to high highs, push everything up high, so your dynamic range is effectively squeezed to dance around like a teenybopper in a jam-packed dancefloor only from 50 or 60 000 onward, and peaking at or jammed up against the magic 65 535 number. Instead of being able to extract the maximum detail over 65 000-odd levels, you’re now recording detail over 5 000 levels, everything from 1 to 50 or 60,000 is pretty much full up all the time until the song ends and it drops back to zero. And, on top of that you’re smooshing everything together and probably clipping the transient peaks. It’s worse than killing puppies.

The result? Music that sounds loud and punchy, but also flat and raucus. You can no longer pick out subtleties or timbres or the little bits that make the hairs on your arm stand up or cry just a little bit – it’s all crunched together in a wall of music.

Truly there was righteous anger from Metallica fans when they realised that the Guitar Hero computer game version of Death Magnetic sounded better than the CD version.

So getting back to Jack White:

Except that’s exactly what one researcher found – that Icky Thump clipped like hell, and had very, very low dynamic range – in this careful but complete destruction of the ‘trust us, we’re professionals’ aspects of Mr White’s post.

And anyway, the radio stations demand it
This is a common reason given many labels and bands – and given by Mr White. Except that radio stations have for almost ever their own normalising so that track levels are even to make it sound nice and smooth, which includes doing their own compression – and an exhaustive analysis by a top UK recording engineer and fierce critic of the Loudness War, Ian Shepherd at the ProductionAdvice blog, in March this year shows that a recording mastered ‘hot’ and then compressed by the radio station again as per their normal practice sounded worse that one with more reasonable levels that is then run through the radio station’s processing.

By the way, Thomas Edison’s invention, the wax-cylindered Edison Cylinder from 1909 has not double, not treble, but five times more dynamic range than Metallica’s 2008 song My Apocolypse? It was in the first minute or so of the video above.

So Jack White says he doesn’t do Loudness War (he does), and if he does, he doesn’t allow it to get too hot and clip (he does) and anyway he has to do it because DJs and consumers demand it (they don’t).

And finally, he says he must because people listen to music on earbuds, so you have to compress and push levels up. Although on good headphones, good dynamics sound good, on bad headphones, nothing sounds good. Losing game, here.

Who is it meant to be good for, again?
So the Loudness War is going to win a victorious battle for the (marginal, theoretical and perhaps possible) needs of the hoodie teenager with his collection of dodgy rips he’s nicked off his mates, and for the guy sitting on a train commute. Everyone else must suffer.

Earl Vickers rhetorically asks in his AES Convention presentation (the video above), “What if we went to Loudness War because of a Lie?” 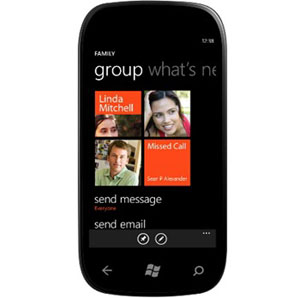