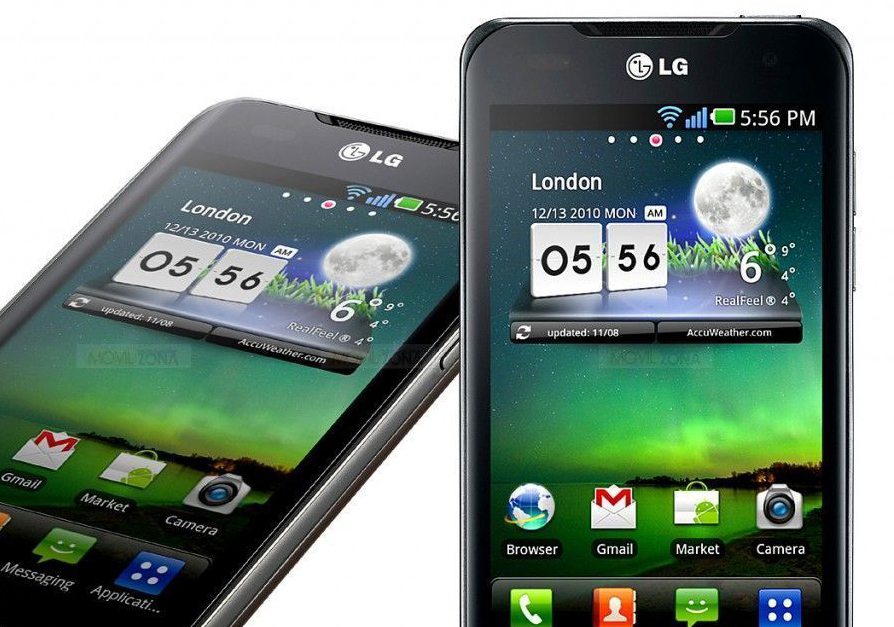 Review: LG P970 Optimus Black. It’s big and it’s black. And really skinny. The obvious conclusion is that LG is going head to head with iPhone with the P970 Optimus Black by eschewing any exterior adornment. LG also clearly decided that it was going to go with one big stick: size counts. The display is BIG and BRIGHT.

So what do you want? Size or resolution?

The buyer of the Optimus Black will get the huge display, and lots of built in goodies. The iPhone buyer will get a really nice display, and bugger all else. Not even Facebook and Twitter and image sharing stuff. Until you sign your life away to the App Store. As a gamble on what the average phone shopper will want, LG is probably right on the money. 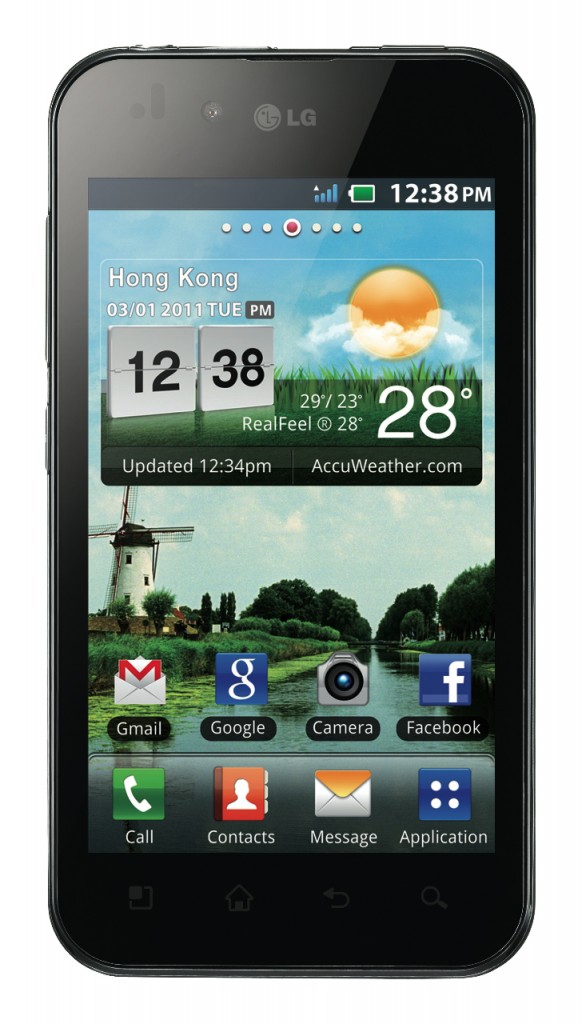 Like most Android phones, the LG Optimus comes pretty sorted straight out the box — without having to search for any apps, you can immediately take photos and share them via Picasa or Facebook or Bluetooth or email or whatever. You can sign into popular social media platforms from native apps (beware, beware, do you know where you are signing in to, or is LG’s app gathering your un/pw and signing in on your behalf? Who is storing the login credentials? Who? Who? Oh the horror, the horror, someone think of the children and terrorists).

Big screen, decent snapper
The Optimus is not all big, pretty face — it also has a pretty good five megapixel snapper (see samples below) that, while as susceptible to flare from bright lights catching the glass window, does a pretty decent job even in high contrast situations. LG makes a bit of a meal of the fact that the front-facing camera is 2MP, but since this is at best used for video calls, that’s creeping marketing wankery, not really a feature.

The video quality is really not bad (see samples below) – autofocus gets it mostly right even in average lighting – although the slightly underpowered innards mean it does have the occasional freeze.

Talking to others
All the usual connectivity stuff is taken care of – WiFi, Bluetooth, HSDPA, and the now standard WiFi hotspot function. As per usual, doing anything via Bluetooth requires third party workarounds (it’s now default practice as soon as I get a ‘Droid phone to install the (free) Bluetooth File Transfer app). Apple? Google? Can someone address this? Or do you just want us to do everything over an IP 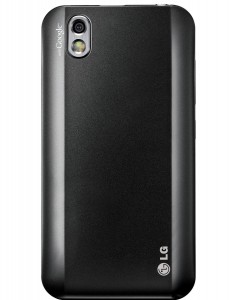 connection on WiFi? Even Windows didn’t really want to talk to the LG over BT.

I’m going to stick my neck out here, but if the Bluetooth consortium don’t start paying attention to the fact that almost no devices (apart from maybe headsets) connect via Bluetooth any more, the once pretty plug’n’play interconnect standard will die a pathetic, sobbing end, curled in a foetal position sucking the remains of its thumb next to the desiccated skeleton of IrDA.

Not bleeding edge, but who wants blood on their hands?
Usability — well, LG is sticking with Android 2.2 Froyo, with a Gingerbread upgrade promised, but not yet available. This may disappoint the must-must-must-have-newest crowd, but at least it means the phone is absolutely stable. Where LG does need to do more work is the on-screen keyboard and text entry. It’s just a wee bit of a pain to use.

While Samsung and HTC have largely worked out the best compromises, LG does some strange things of its own.

Exacerbating the UI choice is that the touch display is not super-accurate… it can be difficult to select small items in the browser window, and miss-hitting keys is a problem. To then correct mistakes is not easy, as getting the cursor to place on the exact letter you want to delete is hit and miss. LG also has not implemented the very handy text selection feature that Samsung and HTC both offer — touching and holding a piece of text for a second or two on the competitions’ Droids brings up options to copy, paste or select all, and shows the text in a small zoom window with a pair of selection sliders, all of which makes copying and pasting text between apps pretty effortless.

This is not a ‘feature’ – this is a must-have. Google a website, go to contacts page, find phone number, copy to clipboard, paste into phone dialler or contact to call them. Not a nice-to-have. The lack of easy copy and paste is what iPhone got flayed for for years. 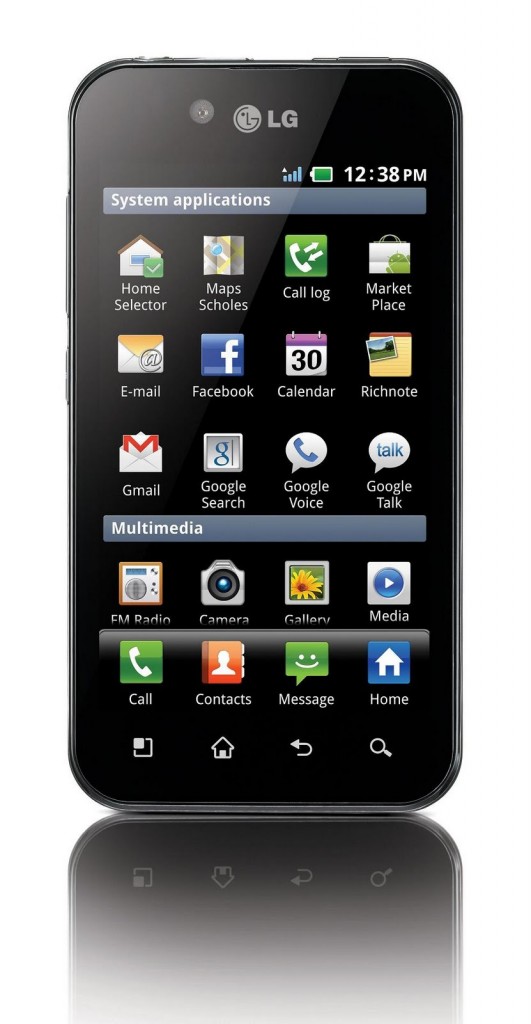 LG’s predictive text implementation is also frustrating – it either does too little (not even trying to guess what you’re doing) or too much (insistently “fixing” even word fragments as you correct a miss-spelling).

Stop waving it around like that
LG is also making a lot of fuss about its “Gesture” technology, with the dedicated “G” button on the side to let you wave or rock or wiffle the phone around to make it do stuff. Dead end, LG, don’t go here. To make it do exactly what you want with gestures requires the manual dexterity of a Theremin player.

Do we gear it or burn it?

It’s a good phone. Nice looking, sturdy (even if it doesn’t have a built-like-a-tank feeling), good screen, plenty of the features you’d expect. So gear it is.

But this is by no means a top-end phone, so make sure you’re paying mid-level smartphone money for mid-level technology. 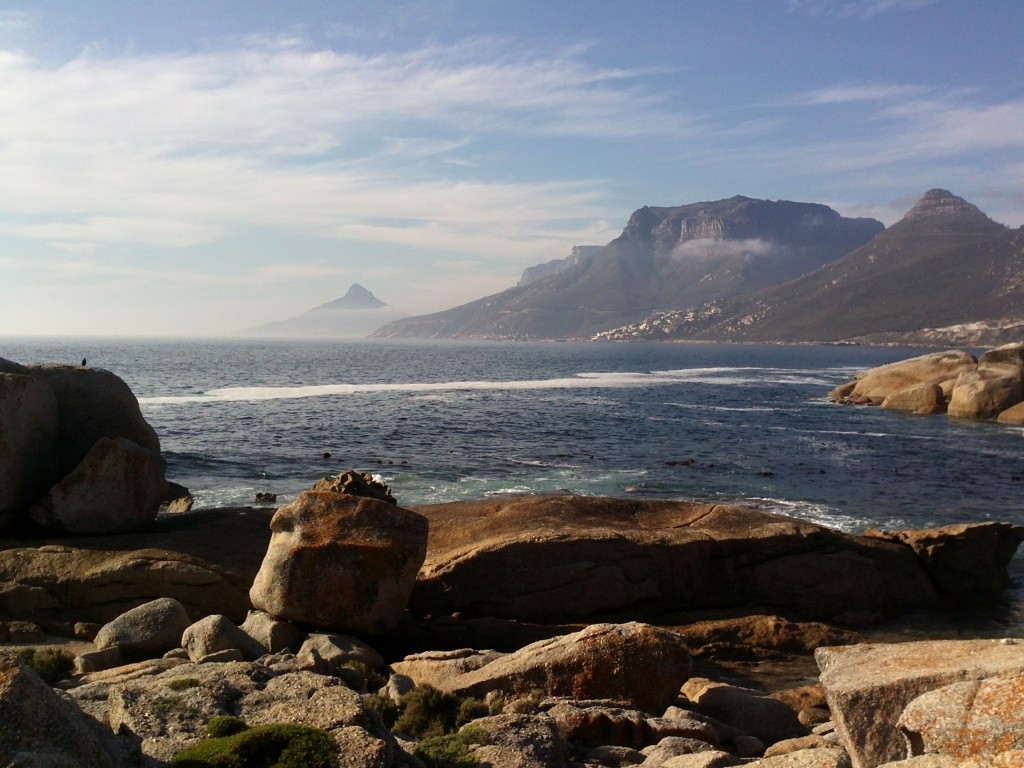 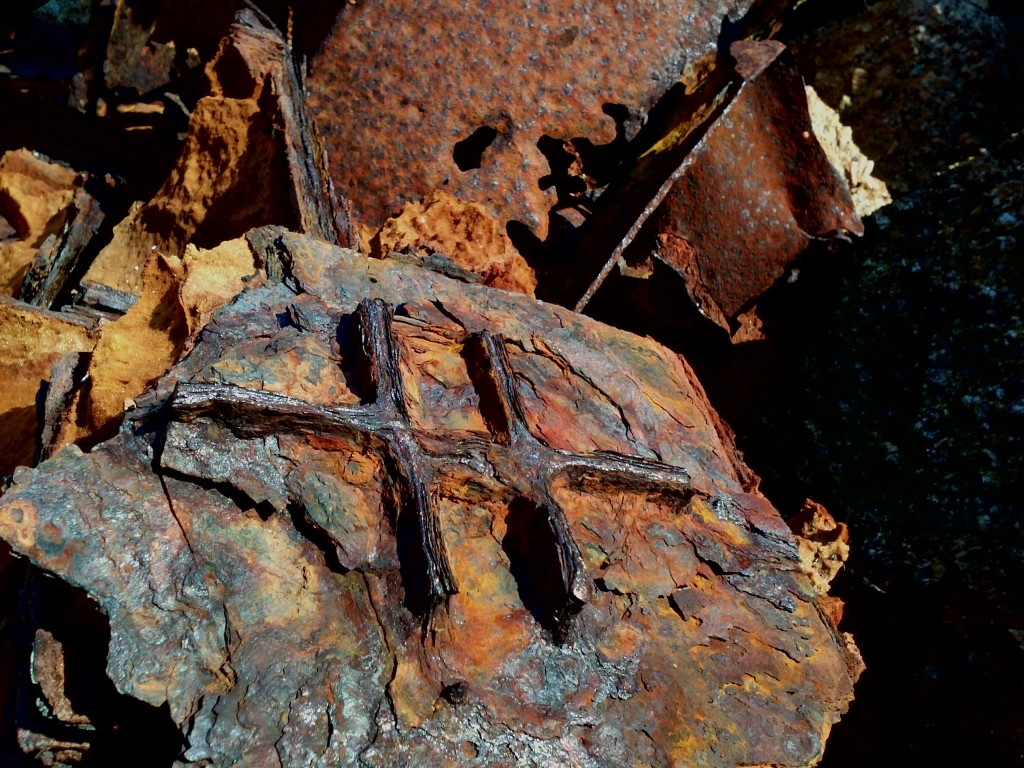