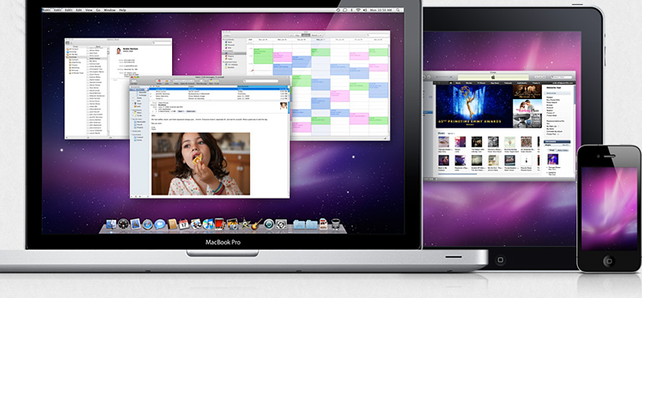 This week I take a look at Air Display, an app that allows you to turn your iPhone, iPad or Macbook into a wireless, additional monitor.

When I was younger, I used to love watching documentaries and movies involving high-tech computers and robots. I used to marvel at the innovations and brief glimpses into the future, wondering if I’d ever live to see, let alone use, some of the gadgetry that was being used in these movies. Of course, if I look at where we are now, we’re all pretty much using these things on a daily basis and taking them all for granted (a phone that tells you the weather? No way!). One of the technological ideals that I yearned for, and only recently switched to, was the notion of dual display — basically connecting your laptop, MacBook or notebook, to a nice, big, flat screen and essentially doubling your workspace when in the office or at your home studio.

Designers make use of the extra space to keep all their toolbars and palettes out of the way, recording engineers and producers use them to effortlessly track hit singles, I use it for all my mouse-intensive tasks like browsing, and my smaller “original” screen for typing intensive tasks like email and documents. Productivity definitely grows in leaps and bounds when properly using a dual monitor setup and I highly recommend it. Lately I’ve been thinking about what I could do with a third screen? As an idea, yes, it works beautifully. As a reality however, it is a lot more complex. Firstly, you’d have to buy another screen, and then you’d need another port to connect said screen. Surely, in our high-tech and fast moving world there is an easier solution?

Enter Avatron’s clever app for iOS and Mac, simply called Air Display. This app allows you to make use of most Apple devices as secondary (or in my case, tertiary) displays, over Wi-Fi.

Setup was simple enough to begin with, I downloaded the app onto my iPhone, which then instructed me to download the supporting software for my Macbook from the Avatron website, and then to restart the Mac. Quick and easy. After making sure that both my MacBook and iPhone were then connected to the same Wi-Fi, I launched the app.

After activating Air Display on my Mac and selecting my iPhone, both of my existing screens went blue for a second as they took the time to figure out what was happening, and then returned, and my iPhone’s screen changed to show a tiny bit of the infamous purple Mac background. I could move my mouse from the far corner of my big screen, across my MacBook and onto my iPhone, hello third screen! After calling everyone over to my desk and showing off, I started experimenting with the new “screen”.

Let me get one thing straight, this is definitely a revolutionary app and concept overall, so there are bound to be a few kinks to iron out. One of them is video playback. I’m pretty sure it has something to do with the Wi-Fi but playing and enjoying video on the third screen is something that really lacks for me. The video lags, and because the sound is coming from the MacBook, it’ll always be ahead of the video on your new screen. I know what you’re thinking, why would you want to watch video on the smaller screen when you’ve got a lovely HD screen just to the left of you? All I can say is that I had to check.

Another gripe I have is that when using Air Display, your connected device becomes a screen, and nothing else. You can’t minimise the app and carry on with other tasks on your device, it just isn’t supported. That being said though, if I’m away on business, working out of my hotel room, an iPad that is isn’t being used could definitely help to keep the productivity levels up like at the office.

What I did use the app for with my iPhone was for small, additional tasks like keeping my Adium screen open all the time, some desktop widgets like stickies and world clocks and generally showing off to anyone in the office who walked by. But yes, when it came to me actually needing to use my phone, I had to switch it off and settle with minimizing the aforementioned apps.

To sum up, the concept of connecting idle devices over Wi-Fi and using them as additional display devices is awesome and Air Display is definitely the easiest and best performing piece of software for making this idea possible. At US$9.99 (US$19.99 for the Mac version) it’s definitely one of the more expensive apps you’ll ever buy, but it sure beats shelling out a grand or more for another screen.