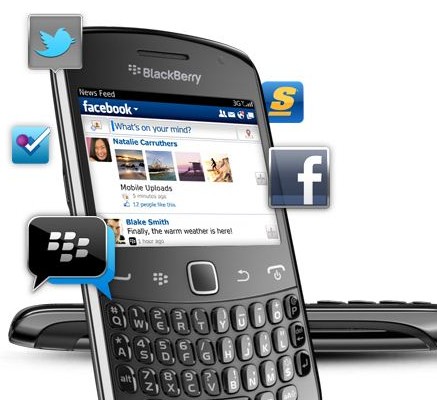 BlackBerry manufacturer Research in Motion (RIM) has announced three new Curve smartphones integrated with the sleek Blackberry 7 OS. The Curve 9350, 9360 and 9370 are fresh out of the oven and ready for action. The new models have been designed for the Blackberry user looking for an affordable phone which suits their more pressing social media needs. RIM president Mike Lazaridis is quoted as saying, “The new BlackBerry Curve smartphones are absolutely stunning and offer a significant performance upgrade with an unmatched mobile social experience for the millions of feature phone users in the market as well as our existing Curve customers.”

The introduction of the Blackberry 7 OS is major drawcard and fully utilises the clear, colourful display. Other features include Near Field Communication (NFC), Geotagging and a 5MP camera in each phone. The minor differences between each model relate to the network speed, with the 9350 supporting CDMA, the 9360 supporting EDGE and UMTS, and the 9370 doing CDMA, EVDO and Quad-Band EDGE.

Blackberry 7 OS is a major update to RIM’s previous operating system, with improved HTML5 compatibility for smoother video, gaming and web browsing. The new phones are expected to be released from the beginning of September. For full specifications, see here.