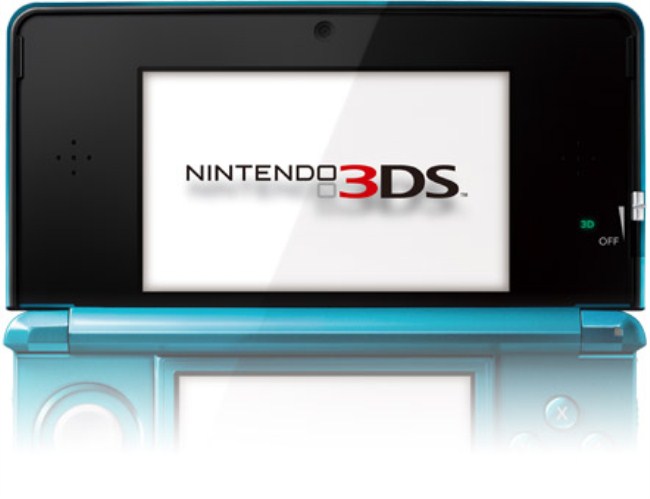 Nintendo has announced it will be cutting the price of its 3DS handheld game console. In the US it’s been slashed from US$250 to US$170, in Japan prices fell by 40%, and in Europe the cuts are expected to see at least a third taken off.

A price drop for a console isn’t new; every videogame console has been discounted at some point in its life cycle. Doing so within a four month window? Not unprecedented, but unusual, especially for Nintendo.

When the original Xbox launched in UK in March 2002, it retailed for £299.99. A scant four weeks later, Microsoft took the bold decision to knock a full third off the price, selling its huge black box for £199.99. As history tells us, it didn’t go too badly for Microsoft, and it successfully laid the groundwork for the Xbox360.

The circumstances at the time were pretty unique for Microsoft. Bill Gates and crew were playing Johnny come lately in an industry most would have said they had no business playing in. Redmond had to be aggressive to succeed, and it had the cash reserves to swallow the losses that aggressive pricing incurred.

Not for Nintendo
The Japanese giant has always made money off its hardware, and playing loss-leader has never been a part of its sales strategy. The Wii price cut earlier this year was the first time the machine had been discounted since its launch; a testament to the Big N’s commitment to hardware profitability.

So to see this price cut to the successor to the most successful gaming handheld ever produced, while welcome to those of us shelling out for it, is somewhat surprising. Then again, the console industry is nothing if not surprising.

Predictions in the console world
I had similar negative feelings about the sales prosepcts of the Wii when it launched, convinced that it would fail. It spectacularly didn’t.

With the 3DS, I was much more optimistic, though I still believe the 3D effect is gimmicky. So of course, to show my predictions up again, the system failed to reach its sale targets by 400 000 units. So the question then is why? Why is the 3DS struggling where the DS and the Gameboy thrived? What’s different?

Firstly, that initial price was just way too high. Whether or not Nintendo fanboys want to believe it, Nintendos products are viewed by the general public as toys, the handhelds especially. No one wanted to pay upwards of US$400 for toy, least of all if you could get an Xbox360 for under US$300 (prices in the US and Asia were lower, but similar ratios).

Secondly, the handheld videogame market has changed with the rise of the smartphone. Phones have been offering an increasingly rich gaming experience. A smartphone also offers a range of other functions, and you always have it with you. Why would you want to carry another device that only does one thing? Games for smartphones are also significantly cheaper and more convenient to come by than for the 3DS. US$70 for a 3DS game vs US$3 for an iOS game? Having to trek to the nearest mall vs a quick simple download? There’s no contest.

These points have been ruminated on before and they’ve been in play since before the 3DS launched. It’s unfathomable that Nintendo didn’t at least give some thought to them.

Woes at home
The culprit for the 3DS’s woes may, however, have nothing to do with those factors. Or rather, their effect may be less pronounced compared to three other non-gaming related factors: an earthquake, a tsunami and a nuclear meltdown which has battered its local markets. Nintendo’s numbers are unhealthy, with a82% cut in profit forecasts announced, and it is in a corner.

Nintendo’s typical modus operandi when sales dip is to offer its products in new colours, make incremental but insubstantial improvements, or make wholesale form-factor redesigns. It’s a strategy that has worked since the days of the original Gameboy, and one that has seen the company continuously dominate the sector it invented.

Having said all that, it is entirely possible that the price change is all Nintendo needs to turn this situation around. And lets not forget, at the time of writing, the 3DS has sold 3.6 million units which, while less than planned for, is still a respectable movement.

The market may have changed and conditions in Japan have certainly had some impact on 3DS sales, but only a fool would count Nintendo out of the game.

Oh… and Pokeman 3DS is yet to be released.