Technology moves at a breakneck pace, with the digital camera seemingly being left behind to lap up the sloppy-seconds of digital innovations. New startup Lytro is hoping to change all that by “focusing” its efforts on creating a camera which lets people snap shots, adding in the focus later.

Eight years of hard work has led innovator Ren Ng to the release of his product. His idea of “Shoot now, focus later” will be pushed to the extreme as eager buyers grab this advanced device. The funding for the startup, rumoured to be in the realm of US$50-million came from Andreessen Horowitz, a successful venture capital firm.

The Lytro works by using a “Light Field Engine” which lets the user refocus images on the fly. Fascinating scientific advancements work in conjunction with the Lytro.

Ng expresses his love for the product saying, “Our goal is to forever change the way people take and experience pictures, and today marks our first major step. Light field photography was once only possible with 100 cameras tethered to a supercomputer in a lab. Today it’s accessible to everyone in a camera that’s small and powerful, but incredibly easy to use.”

The Lytro will be offered in two models, one for US$399 and another for US$499. The price difference is based purely on the size of the Lytro’s internal memory, 8GB or 16GB.

For now, the software is tailored for Apple Macs only, with the hope being that Windows compatible software will be made available later on.

The Lytro camera images have been referred to by Ng as “living pictures”. Once the images have been uploaded online, anyone is able to interact with them on a number of devices such as smartphones and tablets. Ng’s intent is for “conventional cameras to become a thing of the past”. 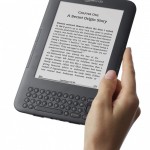