Samsung is looking at budding bada 2.0 developers to “develop their best app yet”. A global competition will reward the best bada app creator with prizes to the value of one million dollars. The competition is hosted at the bada development site and is now in its second year.

The bada Power App Race will be the official launch of bada 2.0 for mobile app developers who are interested in creating software with the new SDK. Ten apps will be chosen, five gaming and five non-gaming.

Developers who are willing to participate in this thrilling competition should register directly on the bada developer site. Entrants can sign up now, with the competition officially closing on midnight, December 31. There is no limit to the amount of apps developers can submit.

Brett Loubser, B2C Apps Development Lead at Samsung said, “We are excited to launch the bada 2.0 Power App Race, which will help boost the bada developer community by encouraging innovation in bada apps from developers all around the world”.

“Since its launch, Samsung has improved the competitiveness of bada as a truly global platform, with significant success for bada in markets ranging from Eastern Europe to China. We are committed to supporting developers around the world to grow and nurture the bada ecosystem and take part in this success”.

The public will be the judges in the bada Power App Race and, ultimately, consumer sales will determine the best entries. Prizes will be given to the first 10 bada apps which receive 100 000 total sales on the Samsung Apps store.

Bada is an OS which falls under the “Smartphone for everyone” banner. Low-cost handsets such as the Wave 578 make full use of bada’s colourful, touch-friendly interface. 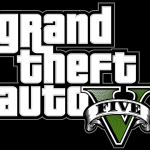