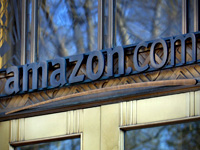 Evidence is thin, but it’s enough to have the tech analysts in a tizzy. Decide for yourself: “Based on our supply chain channel checks in Asia led by Kevin Chang, Citi’s Taipei-based hardware research analyst, we believe an Amazon Smartphone will be launched in 4Q12. Based on our supply chain check, we believe FIH (ed: Foxconn, which also manufactures Apple’s gear) is now jointly developing the phone with Amazon.”

“We believe the smartphone will adopt Texas Instrument’s OMAP 4 processor and is very likely to adopt QCOM’s dual mode 6-series standalone baseband given QCOM has been a long-time baseband supplier for Amazon’s E-reader,” the statement continued.

This is the research note issued by Citigroup analyst Mark Mahaney. They’re joining a lot of far-stretch dots, but a number of tech commentators think the speculation is very plausible.

Mahaney and his team guess that Amazon’s phone may cost it $150 to $170 to build, and it’s conceivable that the company will sell it for something close to that price: “For a normal brand like HTC, they need to price the product at US$243 to make 30% gross margin. If Amazon is actually willing to lose some money on the device, the price gap could be even bigger.”

So far Amazon has been happy to subsidize its tech as a loss-leader to sell more content (in a way the antithesis of Google) – and also has the design chops to make something super-elegant, super-simple and exceptionally consumer friendly (see: Kindle). If, as speculation suggests based on statements about royalties payable to Microsoft, a likely platform is Android (Redmond has patents here).

“With the clear success of the Kindle e-reader over the past three years, and Kindle Fire possibly succeeding in the low-priced tablet market, we view this as the next logical step for Amazon,” Mahaney said.

The Kindle Fire sells for $199, less than half the cost of the cheapest iPad from Apple. According to Amazon, the Fire is already the “bestselling item across all of Amazon.com.”

Pundits suggest that a slick, easy to use Amazon phone that’s more like iPhone and less of the slightly techie-centric Android handsets, Amazon may be onto a very viable market. 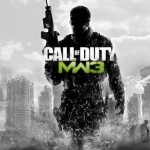