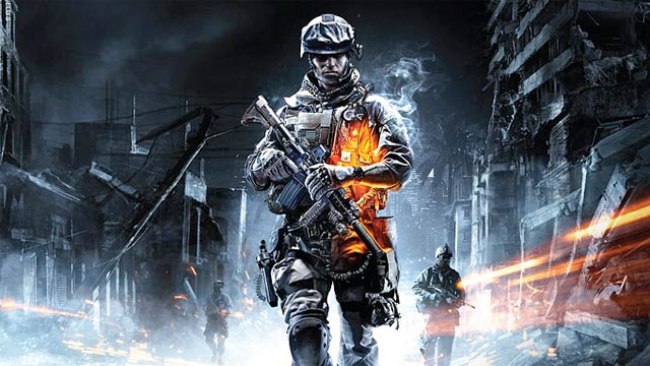 “Battlefield 3 is banned,” says Iran. “All computer stores are prohibited from selling this illegal game.” The message was handed down by members of the country’s security and intelligence department. The ban comes due to sensitivity over a fictional attack against Tehran in Electronic Art’s latest instalment of the Battlefield franchise.

An IT union based in Tehran said that all stores should honour the ban. The scenario which caused the Battlefield 3 ban is just one of many similar urban firefights which (virtually) devastate popular global locations such as New York and Paris.

Battlefield 3 is one of EA’s biggest hits of the year and tasks the player to defuse terrorism situations in offline or online play.

The Tehran scenario which resulted in the banhammer for Battlefield 3 has US special forces fighting off a nameless militia on the border of Iran and Iraq. From here, the action moves to Tehran as the player attempts to fend off the possibility of a nuclear attack.

The much-heralded Frostbite 2.0 engine provides a crisp level of destruction as the player fights through locations such as the Grand Bazaar in Istanbul.

Ironically, and despite the ban, EA does not sell games in Iran. All copies come courtesy of pirate sources, the copies are then sold as legitimate games in brick and mortar stores.

The ban is, therefore, a meaningless law passed down by the security forces for most stores in the country. Months before the release of Battlefield 3, stores in Iran reportedly refused to stock any copies of the game, anticipating that the controversial content would not sit well with the Iranian police.

Gamers in Iran created an online protest in defence of Battlefield 3. According to the petition, “We understand that the story of a videogame is hypothetical… but we believe the game is purposely released at a time when the US is pushing the international community into fearing Iran.” Currently, over 5,000 signatures have been submitted online.

EA’s response? “In that Battlefield 3 is not available for purchase in Iran, we can only hope the ban will help prevent pirated copies reaching consumers there.”