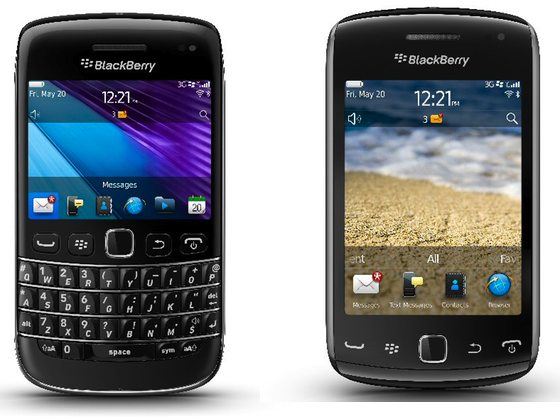 BlackBerry has unveiled two new phones designed to run on the BlackBerry 7 OS: The Bold 9790 and the Curve 9380.

BlackBerry describes the newest Bold as “both powerful and compact”. The Bold combines a touchscreen with the traditional “tactile keyboard”. BlackBerry also describes it as “powerful, full-featured and built with premium materials and finishes”. The processor is meaty enough at 1GHZ and features enough onboard memory (8GB) to store ample content. As usual, power users can upgrade by adding in a 32GB memory card, the largest size the Bold 9790 supports.

“The first ever full-touch Curve,” is what sets the 9380 apart from the rest, according to Blackberry. “Curve users are offered the choice of a larger display and an all-touch design,” The screen is 3.2 inches and crammed with social media apps to keep the FOMOsufferers happy. Twitter, Facebook and other social feed apps (but not Gmail) come standard with the Curve 9380. The camera is an impressive 5MP snapper with built-in LED flash and HD (most likely 720p) video recording.

The Bold 9790 will be made available from 25 November, with Indonesia the first market set to receive it. According to Blackberry’s regional managing director, Gregory Wade the decision to launch in Indonesia was made because, it “is an important market for RIM and we are very excited to introduce the new BlackBerry Bold 9790 smartphone here first.” The global release will follow shortly after the Indonesian one

BlackBerry reckons that “many customers will be thrilled by the faster performance, beautiful touch displays and sleek designs available with these new BlackBerry 7 based models.”

The latest update Blackberry 7 OS, was met with mixed reactions. This has not, however, stopped RIM from powering forward with a selection of new phones that take full advantage of the “liquid graphics technology” which powers its touchscreens. 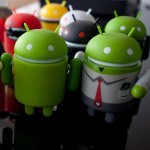