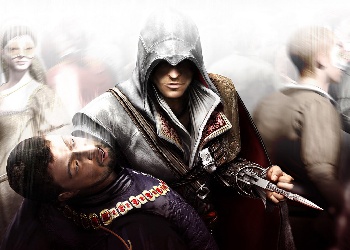 Stealthy death-dealer Ezio Auditore takes his noble crusade to the 16th Century Ottoman Empire with the release of Ubisoft’s latest Assassin’s Creed game — his last appearance as the trilogy comes to an end.

In a blend of historical truth and narrative fiction, Assassin’s Creed: Revelations traces Auditore’s exploits in thwarting an age-old grab for global domination reaching into modern times. “Revelations” is the fourth installment in a franchise that has sold more than 31-million copies since it launched four years ago. The game is the third and last centred on Auditore.

“This is the finale of the Ezio trilogy, and Altair from the first Assassin’s Creed also makes an appearance,” said Ubisoft senior vice president of sales and marketing Tony Key. “Anyone who has played any of the four games should think about ‘Revelations’ as tying up the stories of both characters.”

Ubisoft boasted logging more pre-orders for “Revelations” than for any other title that the French video game titan has released.

“We have lots of great twists in the story and Ezio has new moves because he is a master assassin now,” Key said. “There are new villains in a new city, Constantinople.”

Auditore was a brash young Italian who turned to his family’s assassin heritage after a tragic betrayal in his first video game appearance. He is bearded and graying in “Revelations,” with some in-game dialogue marveling at a man his age scaling buildings, leaping from rooftops and engaging in other assassin acrobatics.

A hallmark of the franchise has been “historical fiction” that blends rich details from past centuries with fantasy characters locked in a battle between assassins and Templars hunting for a mysterious orb of great power.

“If it didn’t have a mature rating, it would most likely be used in schools,” said Key about the real-world history richly woven into the Assassin’s franchise.

Game play is set in the context of genetic memories relived by a modern-day descendent of a legendary line of assassins that includes Altair and Auditore. Ubisoft plans annual releases of installments in the Assassin’s franchise, which has grown to include novels, comic books, Facebook games, and short films.

“We have studios all over the world contributing,” Key said. “There is constantly someone working on Assassin’s Creed games, whether this one, the next one or the one after that.”

Ubisoft signed high-profile athletes such as US mixed martial arts champion Jay Dee “B.J.” Penn to promote “Revelations” in advertisements featuring their professional records alongside their stats in the video game.

“I pride myself on the work I’ve put in to become one of the best fighters in mixed martial arts,” said Penn, who has built a reputation for taking on challengers from any weight class. “A legend like Ezio uses a number of calculated attacks to overcome his enemies,” he said, referring to the “Revelations” character.

Revelations was priced at $60 for its North America release, with versions of the video game tailored for Xbox 360 or PlayStation 3 video game consoles. 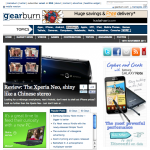