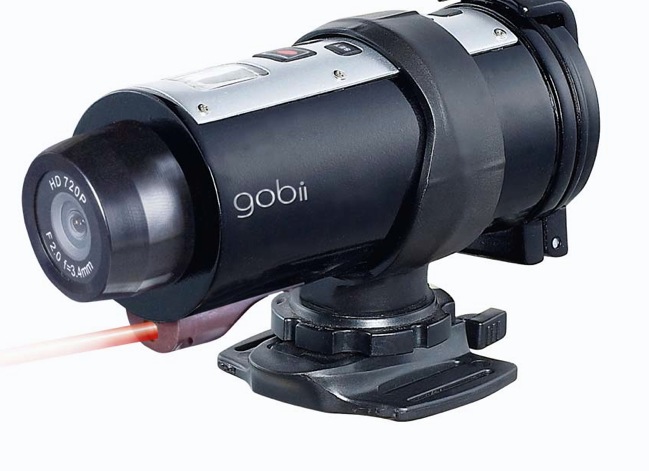 When we first pulled the Gobii HD Action Camera from its box, there was a lot of mirth in the Gearburn office. Mocking, unfriendly derision. And then we played with it for a while, and even the flinty hearts of Gearburn melted a little. It’s a weird shape, and the plastic feels cracktastic, but it is quite functional and IP68 sealed: no dust, complete, immersion in water. How deep? No idea, they don’t say.

The outright urge to Burn it faded with some use, but at a shade over $200 in ‘rip-off’ markets and it could make sense. Or, buy a GoPro in the US and ship it to you for not a lot more. And you get a vastly better camera. What is Gobii, and Kalahari.net, the e-retailer that flogs them, up to?

Tubular balls
The camera itself is a strange fish – a long tube, rather than the more common flat rectanguloid. It’s 13cm long and 4cm in diameter (5cm at the mounting ring). This makes it good, perhaps, for attaching to surfboards and motorcycles, but not great for attaching to your body. Bit of a Hobson’s choice – in different applications tubular may be better than rectanguloid – but the mounting system of the Gobii makes it really, really bulky – with the smallest mounting bracket it’s standing 7cm high. With the suction cup attachment you add another 7cm.

Performance is reasonable – it’s a 5MP CCD that can do 720p video at 30fps, although there’s something odd about how it captures – when mounted on a motorbike the vibration and the camera conspire to give a strange, crawling effect, probably because of aliasing. It’s fine in bright light, not so great in the dim light.

Point and shoot
Setup is pretty effortless – you undo a clip to pop the hatch on the back, and insert an SD card. The hatch also hides the USB, TV out and HDMI connectors. On top there’s four buttons and a pretty cryptic display (the icon for “standard def” is a rectangle of dots, the icon for “high def” is a rectangle of slightly more dots). You have an on/off button, mode, set, record and laser.

This is one feature that was quite nice – a red laser shines out the front, showing where it’s aiming. Anyone that’s spent ages fiddling with a camera on a mount to get it filming the right stuff will relate. Unfortunately the laser is not very bright or coherent – in full sun it’ll be invisible within barely a metre.

Something else that may make this action cam a viable option is that the tubular shape lets you rotate the unit to any orientation… a problem that the GoPro can’t help you with.

Also on the up-side, the accessories provided are pretty generous – you get a small mounting bracket that lets you strap the Gobii HD Action Cam to whatever – a long and a short Velcro strap, and a long (58cm) silicon rubber strap (which is really fiddly to adjust). You also get a suction mount with a swivel head (while it attaches firmly, it can also jiggle a fair bit), with a protective cap that almost but not quite fits. You also get a handle-bar mount for a bicycle or what have you (you’d need to pull off your grip and brake hardware to mount, it’s doesn’t open fully).

Finally, you get a USB, composite video and an HDMI cable, as well as a battery charger if you want to charge your unit separately.

Deep, man
We didn’t get a chance to take it out to sea for a spot of kitesurfing action as the wind has not been playing ball – if we do, we’ll update. This is where we’re a bit nervous, as while the camera and promo stuff goes “Way! IP68 sealed against dust and immersion”, the “6” in the standard means dust proof – the “8” means there is no water ingress…AT A PARTICULAR DEPTH. Gobii doesn’t specify what that depth is.

What really lets this unit down, however, is audio. Any kind of wind and all you’ll get is rumble and hiss – not even my bike’s rather loud exhaust is particularly discernible in the clip below.

OK, it’s cheap for the South African market where we get abused by importers – at R1,500 vs R3,500 for a GoPro HD. If you’re buying in via Amazon then you’d be better off paying $200-odd plus postage and get a vastly better unit.

Who it’s for:
Action buffs that want some cool vids, but can’t afford one of the name-brand action cams.

Gear it or burn it:
Burn it. It’s cheap, but too flawed. Maybe a bit more development, and it’ll give GoPro a run for its hefty price tag.

This is an edited form – and because the Gobii encodes using Xvid, it’s a bit of a mission to get into an editor (hint to Gobii – Xvid is a proprietary format, and while many player manufacturers have a licence, it’s still a closed format for use in editing software). So had to use Handbrake to transcode to something Mpegstreamclip could open to then edit in Adobe Premiere Pro. This version is a little softer than the original. Have not rotated image. 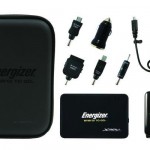