By Roger Hislop
Read nextFlipboard brings its magic to iPhone

Breaking the walled gardens of recent tablet launches has proved a fun game for hackers, with the Kindle Fire rooted and opened up only two days post-launch.

Not much more for us to say in terms of the PlayBook hack, so here’s their post and instructions. Note: if you don’t know what they’re talking about in the instructions below, or aren’t completely comfortable using command line, you probably don’t want to be messing around with your device.

How to get the Android Market working on the BlackBerry PlayBook:
1. Install the 2.0 beta on your playbook.
2. Root your playbook using the dingleberry tool found at dingleberry.it
3. Download the google apps package from http://wiki.cyanogenmod.com/index.php?title=Latest_Version/Google_Apps
4. Install and launch an android app packaged as a .bar file in order to set up the android system. I would recommend installing a launcher app of some kind since you will need one to launch the Market and related apps. A bunch can be found at http://playbookbars.com/
5. Log into your playbook as root with an scp client (eg: WinSCP for windows). Copy the system folder in the google apps download to the root of your playbook and merge it with the system folder there.
6. Open up a root ssh shell and remove “/system/app/SetupWizard.apk” (this can by done by typing in “mv /system/app/SetupWizard.apk /system/app/SetupWizard.apk.bak”.
7. Kill the running android player “cd /apps/sys.android.XXXX.ns/native/scripts” (XXXX will be different for each device) and run “./android-player-cmd.sh kill-android-core.sh”
8. Launch a launcher app of some kind. Start up Android Market (or any other google app), enter your account details and it will start working. This trick will also install google chat and a few other goodies. The Android Market works and will install things after you do this.
9. Play around with the Android player and find other cool things!

Other notes:
– Messing with the Android Player causes stuff to break quite often! If you edit the wrong files, you will probably have to restore your device. You shouldn’t be able to do any permanent damage, but make sure to backup before playing with anything. I take no responsibility for damage to your device.
– The above steps only work for apks installed from the Android Market. For other apks, you can temporarily replace the file “PackageInstaller.apk” in /system/app with the PackageInstaller.app from cyanogenmod. You must restore the original PackageInstaller.apk before the next time that the android player reloads. You can use this method to get apps that update themselves by downloading a .apk file to work (eg: HCL Launcher Updater)
– You can get an “Android Player” launcher app for your playbook by using the script “install-android-player.sh” from the old android beta. This will boot up and let you pick a launcher without opening up a different app afterwards.

If you find anything interesting and want to share it with us, send me (@neuralic) or @xpvqs a message on twitter. 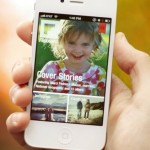