Microsoft could be on the verge of launching Xbox Live for devices running Android and iOS. The move has the potential to put the Redmond-based company’s online gaming service into the hands of a vast number of new customers.

To date, Xbox Live has only been available on phones running Microsoft’s Windows Phone OS — which holds a relatively small share of the smartphone market.

Speaking to Forbes, a Microsoft representative recently said the company was open to running the service on other devices but refused to confirm any possible release date.

“While the Xbox Live experiences and games always work best on the Windows platform, we understand that some Xbox fans may be using other types of devices,” a Microsoft spokesperson reportedly stated.

“To satisfy that need, we are working to extend a few of our Xbox experiences and titles to other platforms.”

The Xbox Live platform is fairly significant money spinner for Microsoft and the tech giant acknowledges the role it played in growing Xbox 360 platform revenue $2.7-billion or 48% in 2011.

According to tech news site Softpedia, the most compelling evidence that Microsoft is getting ready to unleash Xbox Live for iOS and Android is a job listing posted by the Redmond-based company. In the listing, Microsoft reportedly “noted plans to bring Xbox Live to ‘Windows Phone, iOS and other mobile platforms’”. 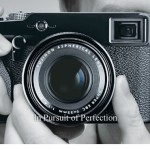