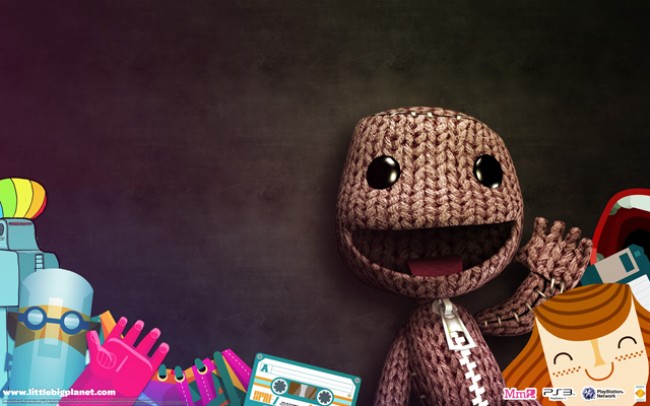 Game adaptations: the forbidden sin. Hardly done well, and well worth missing. Despite the watchable Silent Hill and fun Resident Evil series, the rest are just plain awful. So let’s not focus on game movies that already exist, but rather take a look at five great games that would translate well to the big screen. Portal is one of the most creative first person uh, shooters, to have come out in the last decade. Portal took environmental puzzles to the next level; it actually built them into the game-mechanics with the portal gun. Originally a mod of the Half-Life engine, the game takes two portals – one blue and one orange – and links them together no matter the distance between them. With a series of ‘test’ chambers making up the levels, they all provide fun and stimulating physics-based puzzles. Portal was both a commercial and critical success.

With a unique world, some hilarious talking robots, a potato and valve’s trademark silent protagonist, it has the makeup of a great action flick. It wouldn’t need the biggest budget, just a smart story, some great set design and a protagonist with some onscreen presence, whether silent or not. Just look at what filmmaker Dan Trachtenberg managed to do with the Portal premise in this short film below. If this doesn’t make you think it could work, then I don’t know what will. A first-person shooter set in the distinct underwater world of Rapture; Bioshock came out to rave reviews. Even with an underwhelming sequel the uniqueness of the world, some great dual-wielding weapon/powers all mixed with a well told, if not that original, storyline made Bioshock an instant hit.

With the atmosphere of Rapture, or even the floating air-city of the upcoming sequel, there are the right components for a dystopian sci-fi story. Think Sphere with a touch of Mad Max.

In Bioshock an evil doctor’s (or plastic surgeon) “work” is scattered throughout the world — these botched up surgeries have left behind disgruntled patients that are creepy as hell — these will make for great “gangs” or baddies in what could be a fantastic movie. In development already, the story will most likely be butchered (pun intended), but if they can stay true to the atmosphere of Rapture then we could have something special. After dystopian futures and silent protagonists let’s have a look at a possible “family adventure” in the form of Little Big Planet: the Movie!

Little Big Planet is the best platformer available on PS3. It has some of the cutest graphics, fantastic physics and tough puzzles. Its emphasis is on fun, as well as community and social gameplay. It’s addictive, appealing and most of all would be great in 3D. That should get the Hollywood execs licking their lips.

Sack boy can dance, he can change outfits at will, and the little big world’s that make up the levels of the game could make for a larger-than-life adventure akin to Toy Story or A Bug’s Life — only this time with stickers and sack puppets.

The storyline would probably have to be something wholesome and simple. Perhaps Sack Boy belongs to a kid, he gets lost in the Little Big Planet and all he wants is to go home to return to his kid-owner. That always goes down well. Perhaps we could make it a bit more epic; if Sack Boy doesn’t get to South America with a golden disc, then the 2012 prophecy will come true. That’ll be topical and cutesy, just imagine little Mayan puppets with their cute little prophecies. Uncharted is a perfect fit for a blockbuster action flick. This is most likely due to the games borrowing from Hollywood for their action sequences and slick one-liners already.

“Indiana Jones called and he wants his movie back”. That’s what we would say if Uncharted finally got made into a film.

Despite development kind of happening on an Uncharted film, they haven’t locked in a lead actor. Mark Wahlberg was rumoured originally, but the fans still want Nathan Fillion of Firefly fame. Unfortunately it seems the studios don’t agree. Director Neil Burger (Limitless, The Illusionist) is already tied to the project, but without a cemented lead or script, it’s likely that this project will duck for cover with all the foreseeable changes. If done properly though, the Uncharted series could become a great film and, dare I say it, perhaps even a great trilogy. The game with one of the most intense and epic storylines that it’s almost biblical, Diablo: the movie could be fantastic. If they could get the scale of The Lord of the Rings (LOTR), with Keanu Reeves Constantine’s humour, we could have a hellishly good movie on our hands.

Hack-and-slash, hack-and-slash, rinse and repeat. The ultimate action-RPG, Diablo, has a following second to none. With its iconic dark tone, the best abilities in any game, five distinct character classes and epic boss battles, who wouldn’t want to see this one on the big screen?

The problem with a movie adaptation will be the challenge of turning ye-old hack-and-slashing into decent action sequences. All we can hope is that it won’t be shallow, but rather have the feel and depth of LOTR. Which character would play the lead though, and could this a buddy movie? At least we’d get some banter then.

As long as the movie focuses on the quests and the special effects, there will be legions of fans that will watch this one for sure. Ultimate bad guy Christopher Lee could play the Lord of Destruction, but who could be the Lord of Terror? Justin Bieber was great in that episode of CSI.